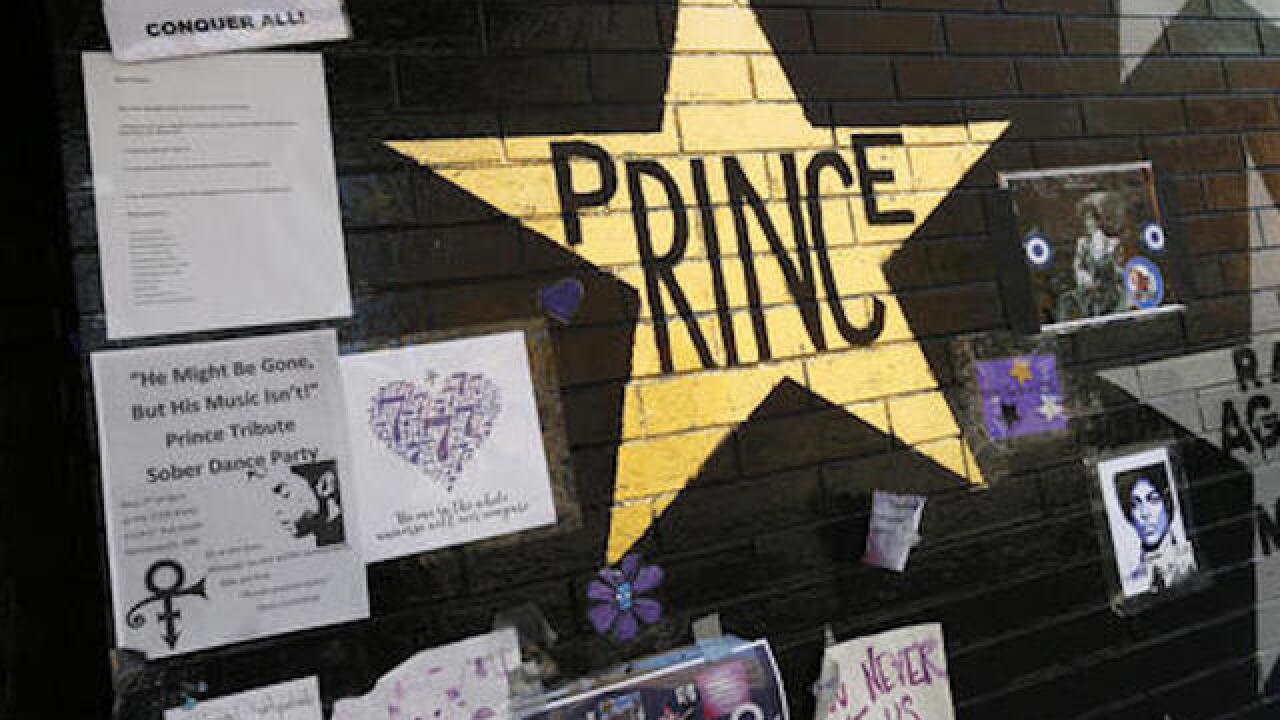 Copyright Associated Press
Jim Mone
<p>The Prince star, now painted gold, stands out on the wall Thursday, May 5, 2016 at a memorial for Prince at First Avenue in Minneapolis where he often performed. The pop rock singer died on April 21 at the age of 57. (AP Photo/Jim Mone)</p>

Was a California doctor acting legally when he sent his son to Prince's home with a drug often used to treat people addicted to opiates such as prescription painkillers?

Dr. Howard Kornfeld may have been trying to help, but he was not licensed to practice medicine in Minnesota and was not registered to care for patients there via telemedicine, as the state requires. His son, Andrew Kornfeld, who has been described as a pre-med student, was not a licensed prescriber.

The pair may need to rely on loopholes and broad, generous readings of federal and state laws to justify why the younger Kornfeld carried buprenorphine to Minnesota on an April 20 redeye flight. Attorneys and physicians have described the action as unusual and even absurd.

Dozens of doctors are authorized to prescribe buprenorphine in Minnesota, so it's unclear why Kornfeld felt he needed to send his son with the drug, which is used to ease withdrawal and cravings.

The Kornfelds did not respond to several messages this week from The Associated Press. No one has suggested that Prince took the buprenorphine provided by them.

Their attorney, William Mauzy, has said that he believes Andrew Kornfeld — who placed the 911 call when Prince was found unresponsive at his home — is protected from any charges by a Minnesota law that generally shields anyone seeking medical assistance for a person overdosing on drugs.

Mauzy did not immediately respond to a request Thursday for an interview.

Regulators in Minnesota have several ways they could approach the situation. Minnesota's medical board has jurisdiction to investigate someone who practices medicine without a state license or a telemedicine registration.

Dr. Kornfeld did not have either, said Ruth Martinez, executive director of the Minnesota Board of Medical Practice. Martinez said she could not comment on whether the board is investigating Kornfeld's actions or whether it has received a complaint.

The Minnesota telemedicine law has an exemption for "an emergency medical condition," but it's questionable whether that would be enough to cover a situation in which a doctor without a Minnesota license sent a Schedule III controlled substance across state lines with a person who was not a physician.

Minneapolis defense attorney Joe Friedberg said it's illegal to prescribe a controlled substance without a face-to-face meeting with the patient.

Cody Wiberg, executive director of the Minnesota Board of Pharmacy, agreed, saying prescriptions for controlled substances "are not legal unless there has been an in-person examination of the patient."

Kornfeld never met or spoke to Prince before Prince's representatives contacted him on April 20, according to Mauzy, who said Kornfeld arranged for Prince to be evaluated by a Minnesota physician on April 21, the day he died. The attorney refused to identify the Minnesota doctor, and it was not clear if that person had a prior relationship with Prince.

Did Prince's concerns about privacy force Kornfeld to act as he did?

"Sometimes the patient dictates the ground rules and you do your best to help them," said Dr. R. Corey Waller, a pain and addiction specialist at Spectrum Health Medical Group in Grand Rapids, Michigan.

Autopsy results have not been released. Toxicology tests may show what, if any, drugs were in Prince's system when he died and whether any were at levels high enough to be dangerous.