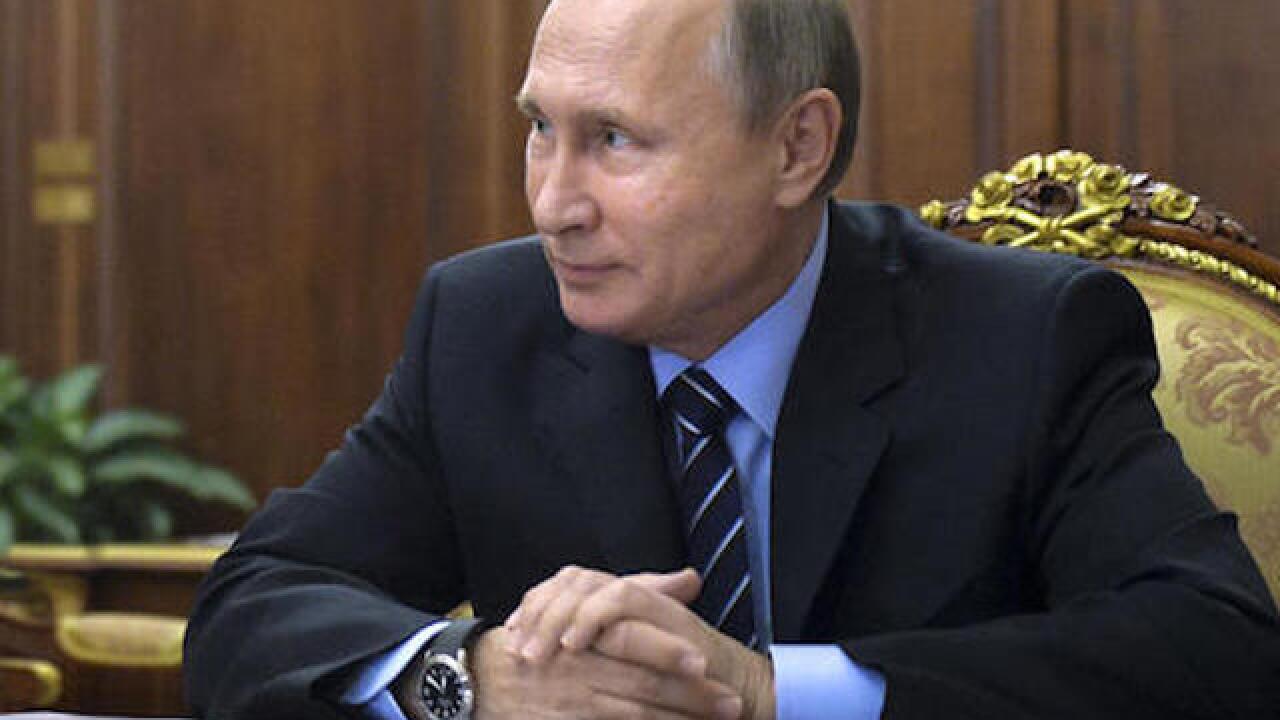 MOSCOW (AP) — Russian President Vladimir Putin says he is confident that President-elect Donald Trump will soon realize the level of responsibility his job entails.
Despite Trump's pro-Russian statements during the campaign, Russian politicians are concerned about reports that Trump is considering Mitt Romney, known for his harsh stance on Russia, to be his secretary of state.
Putin said in an interview with the NTV channel to be broadcast later on Sunday that he is confident Trump will make responsible choices.
Putin said in remarks released by NTV that Trump's business accomplishments show him to be a "smart man."
He added that "if he is a smart man, that means that he will fairly soon become aware of a different level of responsibility. We expect that he act with these considerations in mind."
Copyright 2016 The Associated Press. All rights reserved. This material may not be published, broadcast, rewritten or redistributed.