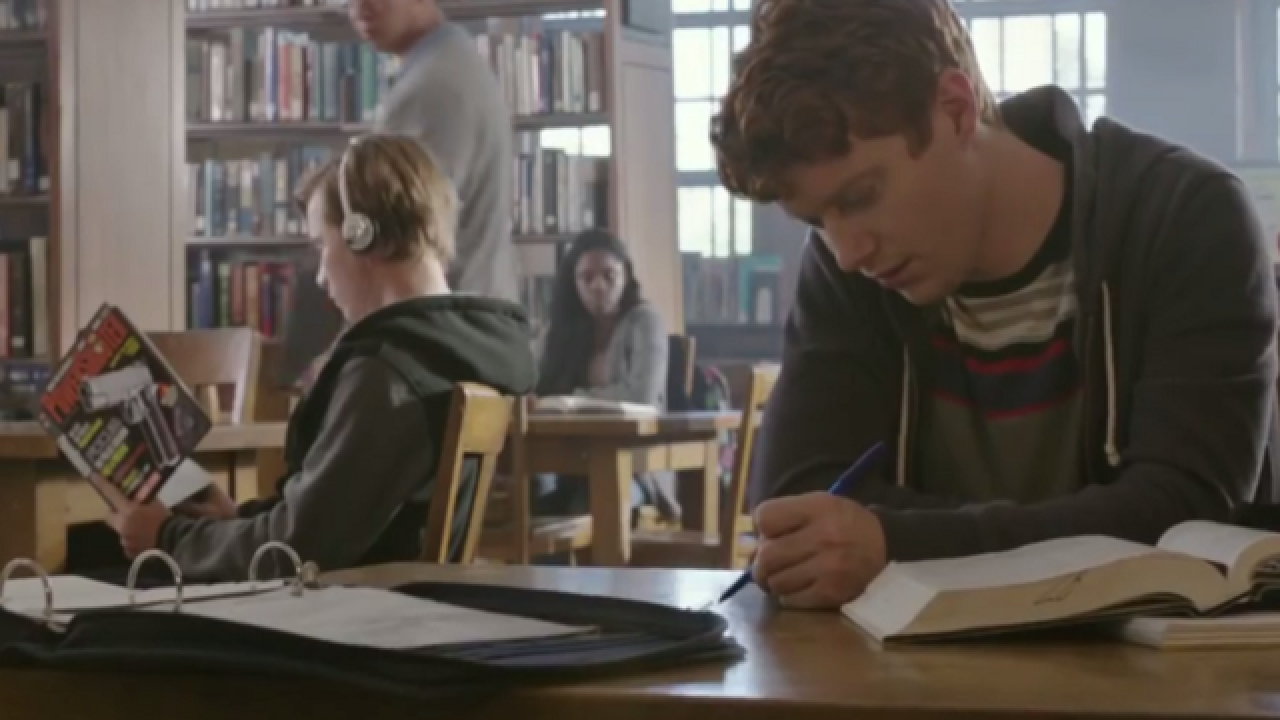 By: Mina Abgoon
Posted at 7:09 PM, Dec 06, 2016
December 14 will mark four years since the massacre at Sandy Hook Elementary School, and family members of the shooting victims are here with a message.
The public service announcement is courtesy of the national nonprofit dubbed Sandy Hook Promise, which is funded and run by those heartbroken family members, according to the U.S. News and World Report.
It highlights the importance of spotting the warning signs that could lead to a school shooting (watch the video below).
"People who are at-risk of hurting themselves or others often show signs and signals before an act of violence takes place," Sandy Hook Promise writes on its website. "When you don’t know what to look for, it can be easy to miss signs, or dismiss them as unimportant, sometimes with tragic consequences."
The video opens with a high school boy writing "I am bored" on a desk in the school library.
When the boy later returns to the desk, he finds someone has responded. He and the anonymous person respond back and forth, and throughout the video, the boy walks around school looking around, trying to determine who his mystery friend is.
All the while, the viewer is distracted from obvious warning signs in the background that someone is up to no good -- proving that these signs often go unnoticed in the real world.
The Sandy Hook shooting happened in Newtown, Connecticut, where 20-year-old Adam Lanza opened fire on December 14, 2012. He fatally shot 20 children between ages 6 and 7 years old, as well as six staff members.
He also fatally shot his mother at home before the mass shooting.
Lanza committed suicide by shooting himself in the head when officers arrived at the school, bringing the total death toll to 28.
Copyright 2016 Scripps Media, Inc. All rights reserved. This material may not be published, broadcast, rewritten, or redistributed.