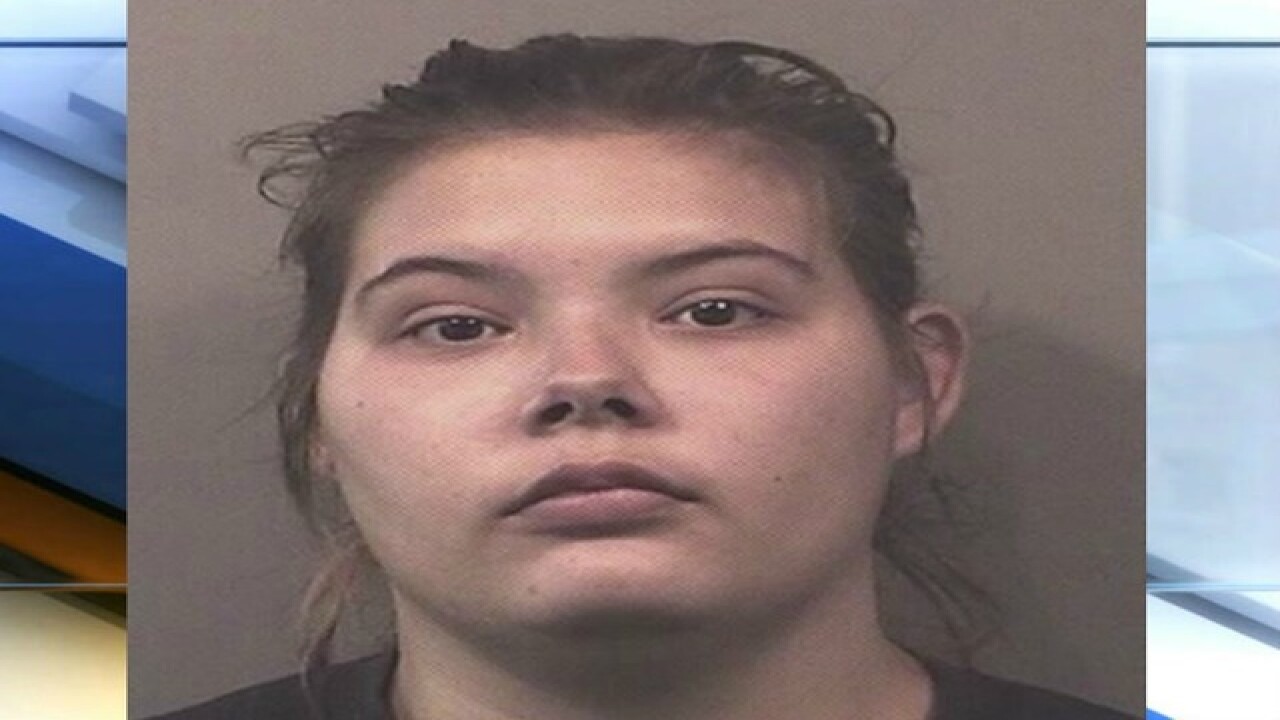 JOHNSON COUNTY, Ind. -- An Indiana mother is charged with neglect after prosecutors say her three children were living in ‘disgusting’ conditions. They also claim the mother left her five-year-old to care for her three-month-old at night.

But prosecutors say that even if the 21-year-old didn’t intend to put her children in danger, the allegations in the report show that she did.

The Johnson County, Indiana Prosecutor’s office says it was local school Edinburgh Elementary who first tipped them off to a possible problem. Their report says teachers noticed Meredith’s 5-year-old child was coming to school in the same clothes every day, smelling of urine and occasionally bruised.

Court documents show that when police went to the home they found that same 5-year-old sleeping in a room with fecal matter on the floor. The child was sleeping on an uncovered mattress with black mold.

The report goes on to say that there were no clean clothes in the home and that a garbage can full of dirty diapers was overflowing onto the floor.

Johnson County Prosecutor Ryan Bland said the home was unfit for the three children who lived there, “…there was feces on the floor.  Rotten dishes. His bedroom had more food in it than other rooms you’d expect it to be in and this was not edible food.”

The child told investigators that he took care of his 3-month-old sister at night, getting up to feed her when his mother wouldn’t. That child was described in court documents from February as underweight and ‘starving to death.’

But Meredith tells a different story, saying the allegations are all a misunderstanding.  She said her infant daughter was allergic to formula, which is why she was so underweight.

She also claims that the fecal matter on the floor was from puppies, and simply hadn’t been cleaned up yet, “… at the time my aunt’s dog had just had puppies and they made an accident on the floor because they hadn’t been put up. Dogs have accidents, it got cleaned up.”

Meredith also said that her son never cared for his baby sister at night, “… he didn’t get up with the baby. He likes to tell tall tales.” And that she just wants to be a good mother to her children, but in her position, it’s been very hard, “I mean, I’m 21 years old. I have three kids. Being a single parent is hard.”

According to Meredith her three children are currently living with their grandparents. Her first court date is scheduled for next week.