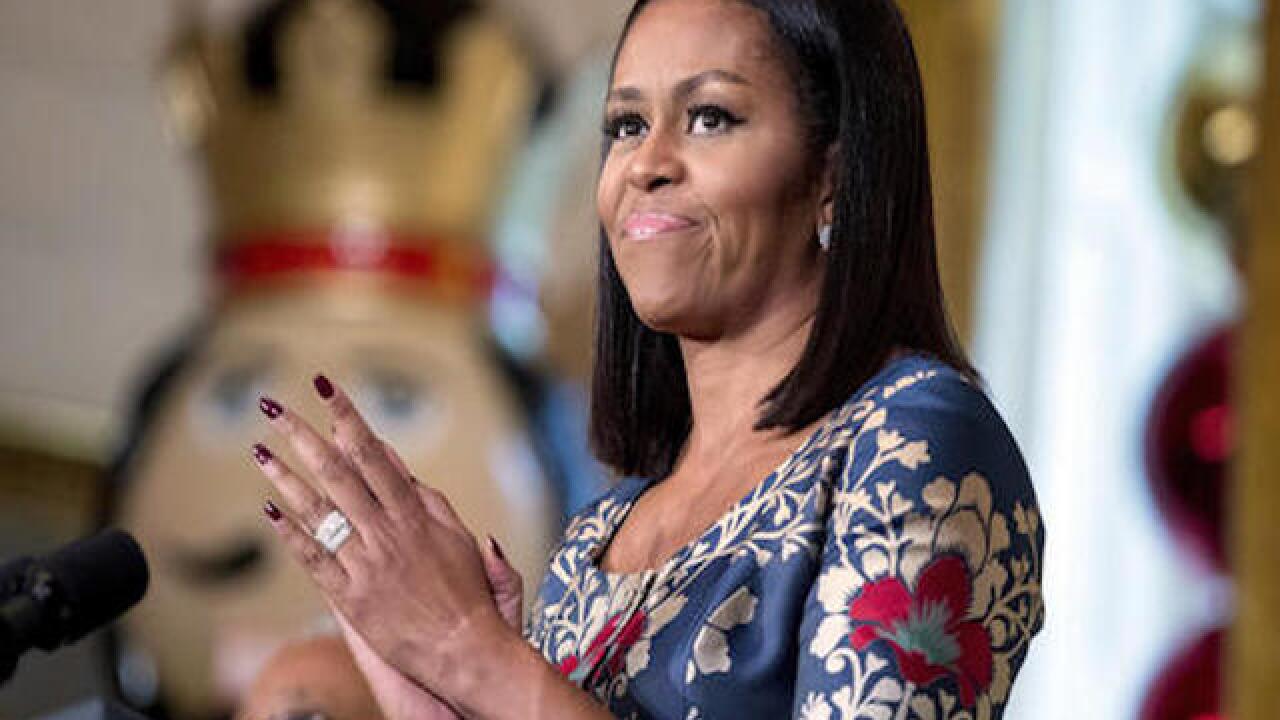 Andrew Harnik
<p>First lady Michelle Obama, pauses while speaking to military families in the East Room of the White House during a preview of the 2016 holiday decor, Tuesday, Nov. 29, 2016, in Washington. (AP Photo/Andrew Harnik)</p>

WASHINGTON (AP) — President Barack Obama has tamped down any speculation that first lady Michelle Obama may one day run for office herself.

In an interview with Rolling Stone editor Jann Wenner conducted the day after the presidential election earlier this month, Obama said, "Michelle will never run for office."

He added, "She is as talented a person as I know. You can see the incredible resonance she has with the American people. But I joke that she's too sensible to want to be in politics."

Obama also said in the interview published online Tuesday that once he leaves office in January, he and his wife will "continue to be very active" on their belief that "when you work with people on the ground at a grassroots level, change happens."