Pregnant dog gets its own maternity photo shoot 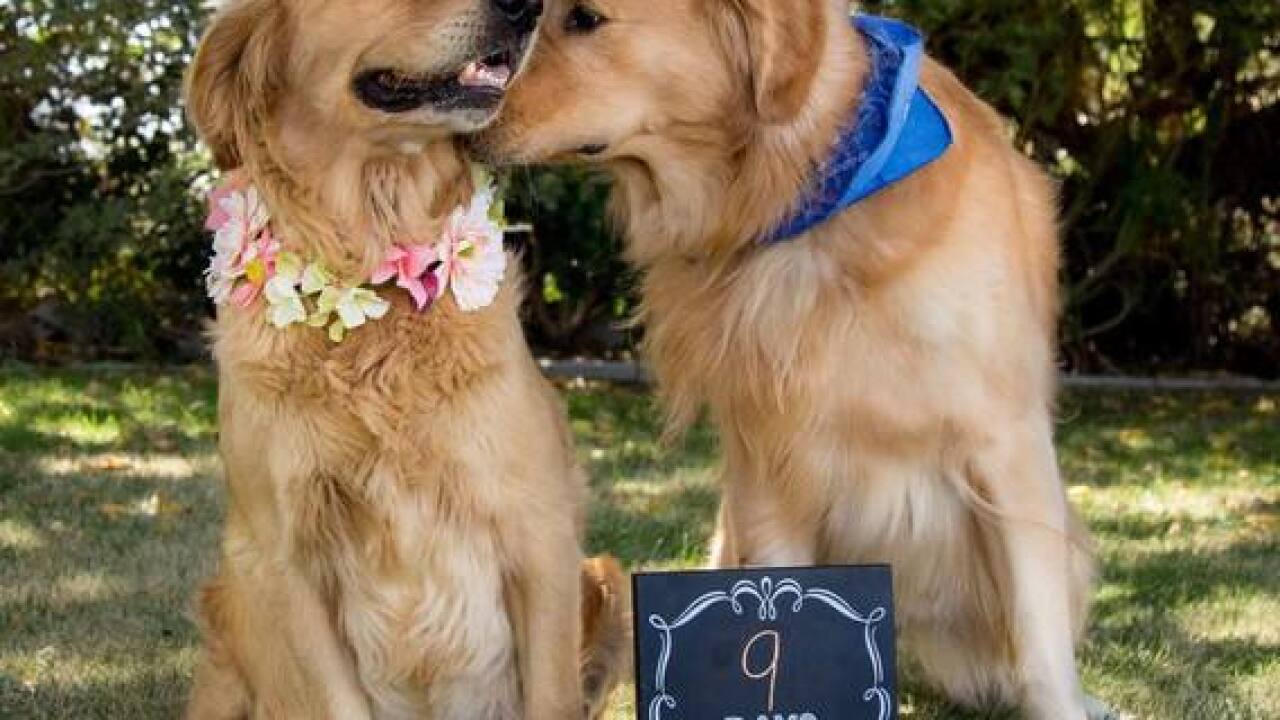 Everyone is used to seeing moms-to-be post hundreds of photos across social networks of their maternity photo shoot, but one girl from Taft took it to the next level and had her mom-to-be dog get its own maternity shoot.

Kennedy Sorensen, from Taft, Calif., posted to her Twitter page the photos of her adorable Golden Retriever Chanel and friend's dog LeeRoy with signs that say "9 Days until puppies."

Sorensen said that she got Chanel for her 16th birthday and now, as she turns 21, she's still by her side.

Chanel is 5 years old, well, in human years, and this is her first set of puppies.

The owner of LeeRoy, Amy Rients, took the adorable photos.

When asked why Sorensen wanted to take the photos she said, "I see a lot of people in my age group pregnant and taking maternity pictures so I thought it would be a cute idea to do it for my dog. I had no idea it would be this popular!"

today I did a maternity photoshoot for my dog. ?? pic.twitter.com/cuwDCrnXg6

The Tweet was retweeted over 23k times and liked over 35k times since it was posted on October 1, 2016.

Sorensen said that she and the owner of LeeRoy, Rients, met through a dog groomer, and said Chanel and LeeRoy hit it off pretty quick.

Sorensen said, "I have never bred a dog before. Chanel was able to bring so much happiness into my life I wanted to be able to spread that kind of happiness into other people's lives and I thought puppies would be a good way to do that."

When Sorensen was asked on Facebook about how she was able to get her dogs to take these photos she simply said, "lots of treats and patience."

Rients said that the idea for the shoot was Sorensen, and since Rients is a photographer, naturally, she took the photos.

Believe it or not, the shoot only took about an hour Rients said, and Sorensen's cousin, Ragen, also helped with the shoot.

The mommy to be is expected to deliver the puppies sometime before Oct. 12.

For more of Rients photos, visit her Facebook page here: