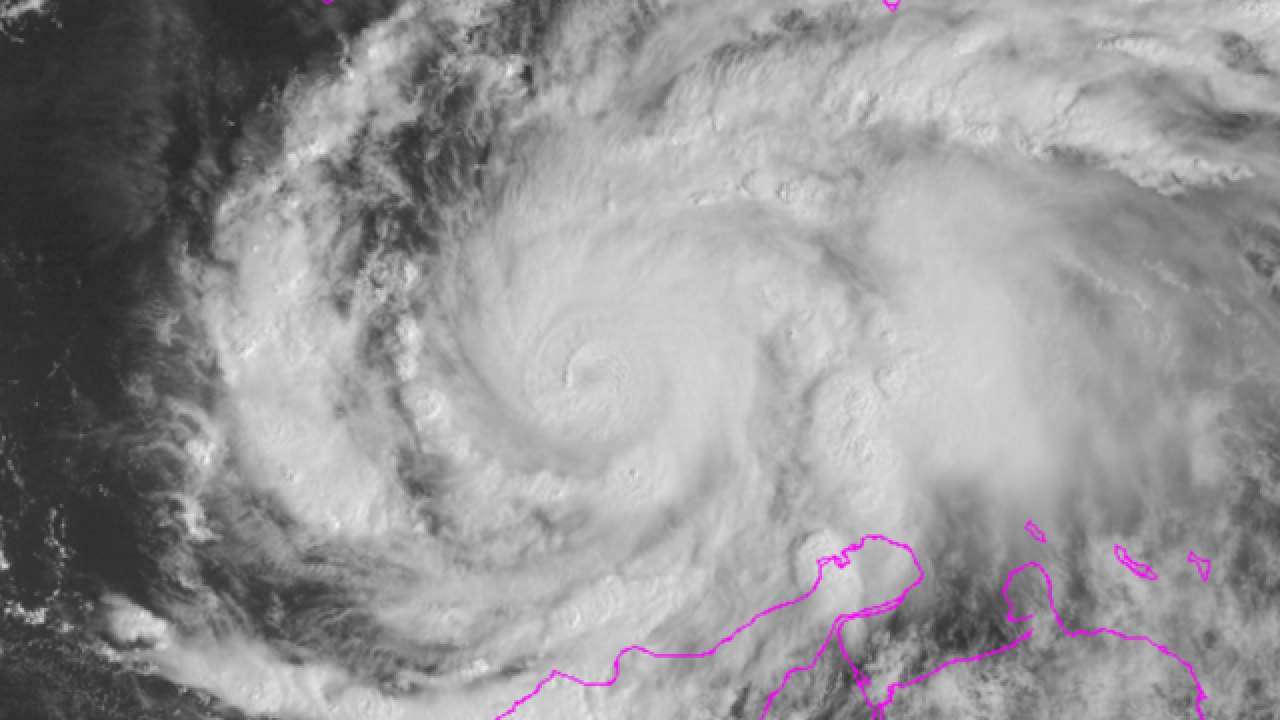 Matthew is one of the most powerful Atlantic hurricanes in recent history and briefly reached the top classification, Category 5, becoming the strongest hurricane here since Felix in 2007.

The latest projections show Matthew's center likely to strike the southwestern tip of Haiti on Monday. A hurricane warning has been issued for the impoverished country which shares the island of Hispaniola with the Dominican Republic.

Deforestation has greatly increased the potential for devastating floods and landslides on Haiti and the country's ramshackle homes and buildings are vulnerable to storms.

After passing Jamaica and Haiti, Matthew is expected to reach Cuba late Monday, potentially making a direct hit on the U.S. Navy base at Guantanamo Bay, where authorities said they were evacuating non-essential personnel, including about 700 family members of those serving there.

Everyone remaining behind was being told to take shelter, said Julie Ann Ripley, a spokeswoman. There are about 5,500 people living on the base, including 61 men held at the detention center.

The forecast track would also carry Matthew into the Bahamas, with an outside chance of a brush with Florida, though that would be several days away.

"It's too early to rule out what impacts, if any, would occur in the United States and Florida," said Dennis Feltgen, a spokesman at the Hurricane Center.

In Haiti, civil protection officials broadcast warnings of a coming storm surge and big waves, saying the country would be "highly threatened" from the approaching system, and they urged people to prepare emergency food and water kits.

In Jamaica, flooding temporarily closed the road linking the capital to its airport. Carl Ferguson, head of the marine police, said people were starting to heed calls to relocate from small islands and areas near rural waterways.

In the coastal town of Port Royal, officials urged residents to seek refuge in government shelters and people in the capital, Kingston, crowded supermarkets to buy bottled water, canned food, flashlights and batteries.

"It has been chaos from the morning," said Melain Azan, owner of the Azan Super Centre.

Shopper Nardia Powell said she was stocking up because she learned a hard lesson when she was unprepared for Hurricane Ivan in 2004, as were many others. "So, I just want to be on the safe side, right?" she said.

Earlier, two deaths were blamed on the storm as it pushed through the eastern Caribbean and skimmed past the northern tip of South America.

Damage appeared minimal despite flooding in towns along Colombia's La Guajira peninsula. Some officials were even grateful for the rain after a multi-year drought.

"Families that evacuated are returning to their homes," said La Guajira Gov. Jorge Velez. "The dikes and wells filled up, the earth is moist, and this benefits agriculture in an area where it hasn't rained for five years, benefiting the community."