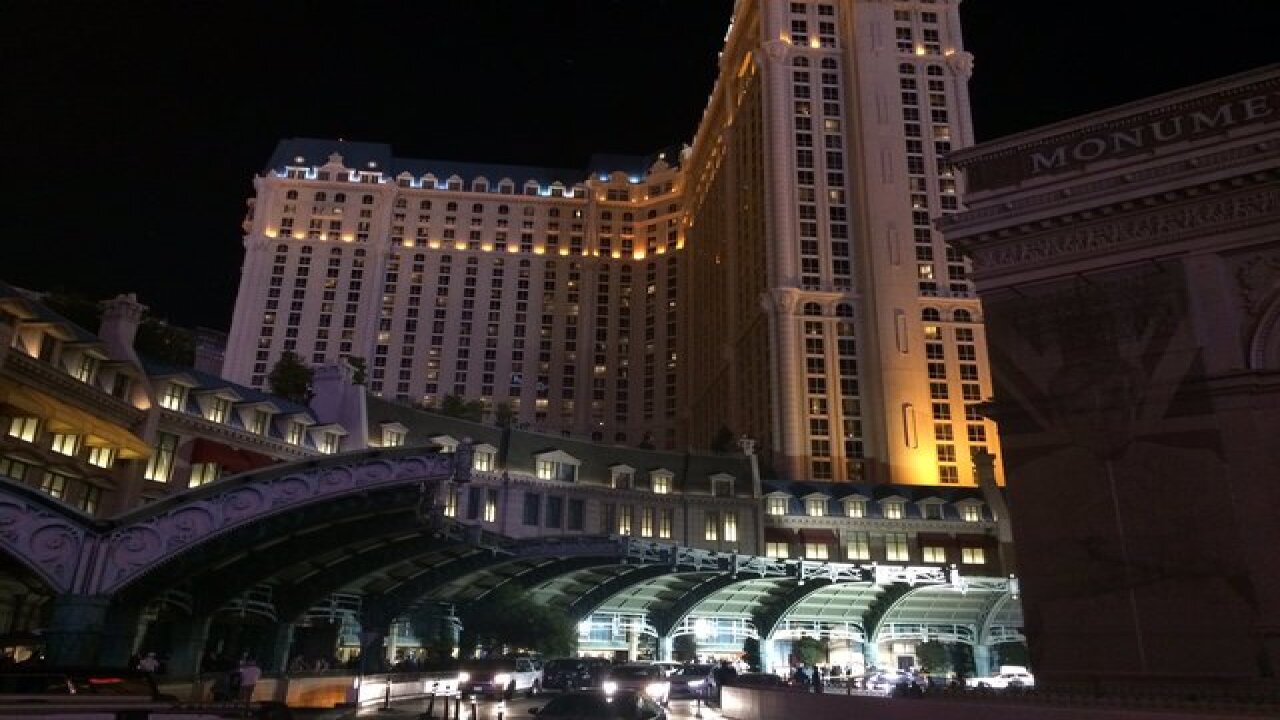 An unexpected and long power outage at Paris Las Vegas casino on Thursday caused a mandatory evacuation, and many guests to have to be temporarily relocated.

"After an unexpected outage, power at the Paris hotel is in the process of being restored. The Clark County Fire Department is currently conducting tests of the fire life safety systems which is expected to take approximately two hours.

Once that test has been successfully completed, guests who have already checked into the hotel will be allowed to reenter the property. Additionally, guests can use their existing room keys to access their rooms, new keys should not be necessary. Guests who were not able to check in today are asked to remain at their reassigned locations until tomorrow morning.

We want to again apologize to our guests who were inconvenienced during this unforeseen event, and let them know that we greatly appreciate their patience as we work to resolve this problem.

In order to allow for an orderly reentry into the property, media are asked to stay at the current staging location and not to enter the property once it reopens.

Additional details will be provided at the 6 a.m. press briefing."

The following updates and coverage are from 13 Action News in Las Vegas:

UPDATE AT 10:15 p.m.: Lights are coming back on at Paris Las Vegas. Safety checks are underway inside before the hotel-casino can reopen.

Paris Las Vegas is looking for accommodations for its guests at other casinos on the Strip, including competitors.

Since we are not able to determine the exact time power will be restored to Paris we have decided to help all of our displaced guests find other accommodations for the evening.

In case of emergency, guests will be allowed to return to their room with a security escort to retrieve essential items such as medications.

We deeply regret the inconvenience that this unexpected outage has caused our guests and are doing everything we can to remedy this unfortunate situation.

Management is stationed at the main entrance of Paris in order to help any guests who need assistance with relocation or have questions. Displaced guests are encouraged to check in with the front desk at their temporary hotel, or with our social media channels, in the morning for additional updates.

Any guests who have reservations at Paris, but have yet to check in are being directed to Bally’s front desks where they will be provided with accommodations.

The next press briefing will take place tomorrow morning at 6 a.m. at Paris, Las Vegas.

UPDATE AT 4 p.m.: There is no time available on when the power will be restored.  Evacuations of the whole building are advised of fire department. The fire chief will decide when people can get back in. The fire suppression system ran out of battery, that's what caused the mandatory evacuation. 11 people were rescued out of 5 elevators No injuries reported.

The fire department is 60% complete with evacuations. Officials helped 20 disabled people evacuate.  Approximately 3,000 people were evacuated. They will find rooms for everyone tonight if it's still on going. Caesars Entertainment is making sure guests are not financially harmed by this event

An effort to restore temporary power at the Paris Hotel was not successful early this afternoon. Due to battery power running low on the building’s existing fire alarm systems, the Clark County Fire Department has ordered the evacuation of remaining guests and employees from the hotel, approximately 3,000 people, to ensure their safety.
The evacuation is being conducted in coordination with the hotel, Las Vegas Metropolitan Police Department and Clark County Fire personnel.  Efforts continue to restore power to the property.

UPDATE: Caesars Entertainment says they are suspending all hotel and casino operations at Paris Las Vegas on the Las Vegas Strip as a result of this outage. At least 2 people had to be rescued from elevators.

They released the following statement:

“We can confirm that as of approximately 9:45am all power to the Paris property was lost as the result of onsite construction. Out of an abundance of caution we are closing our casino, restaurant and hotel operations. We are working closely with NV Energy to immediately restore power and will provide more details as they become available.”

NV Energy is reporting a power outage at Paris Las Vegas. The outage was reported at 9:56 a.m. Thursday.

Several users on Twitter were corresponding with the hotel, who says they are working to restore power. Backup generators don't appear to be functioning.

Power out at the Paris Las Vegas #oops somebody is in trouble #vegas #strip pic.twitter.com/QIiTLjVsER

@shortnole Hi, Christy. We are awaiting generators right now, and power should be up soon. Thank you for your patience!

The ambiance here at Paris is off the charts. Total blackout right when my food arrives. ??. Lucky this isn't NY. No one screaming or looting yet. About to walk out with my plate. #AintPayingADime #ParisCasino #DannyOceanStrikesAgain #HoodRatTime #GambleAndDash #DineandDash

A video posted by Carey Hellabroke NotNice Lam (@wheresmymoneyat) on

Um, did someone bump the light switch?

A video posted by Eric Kemp (@erickemp) on

The Paris Hotel and Casino in Vegas had a power outage. Going on 30 minutes.#vegas #flyertalk #vegasbaby #parishotel #vegasbound #sema2016 #sema

A photo posted by Joey Redmond (@joeyredmond) on

The #zombieapocolypse is upon us. Power is out and we're trapped in pitch black on the 20th floor. We may or may not be walking the halls like zombies just for fun. #brains #zombieattack #zombies #thewalkingdead #sema #adventures #2016 #vegas #lasvegas #hotel #fun

Don't even think about it, Romo. ?

A photo posted by Eric Kemp (@erickemp) on