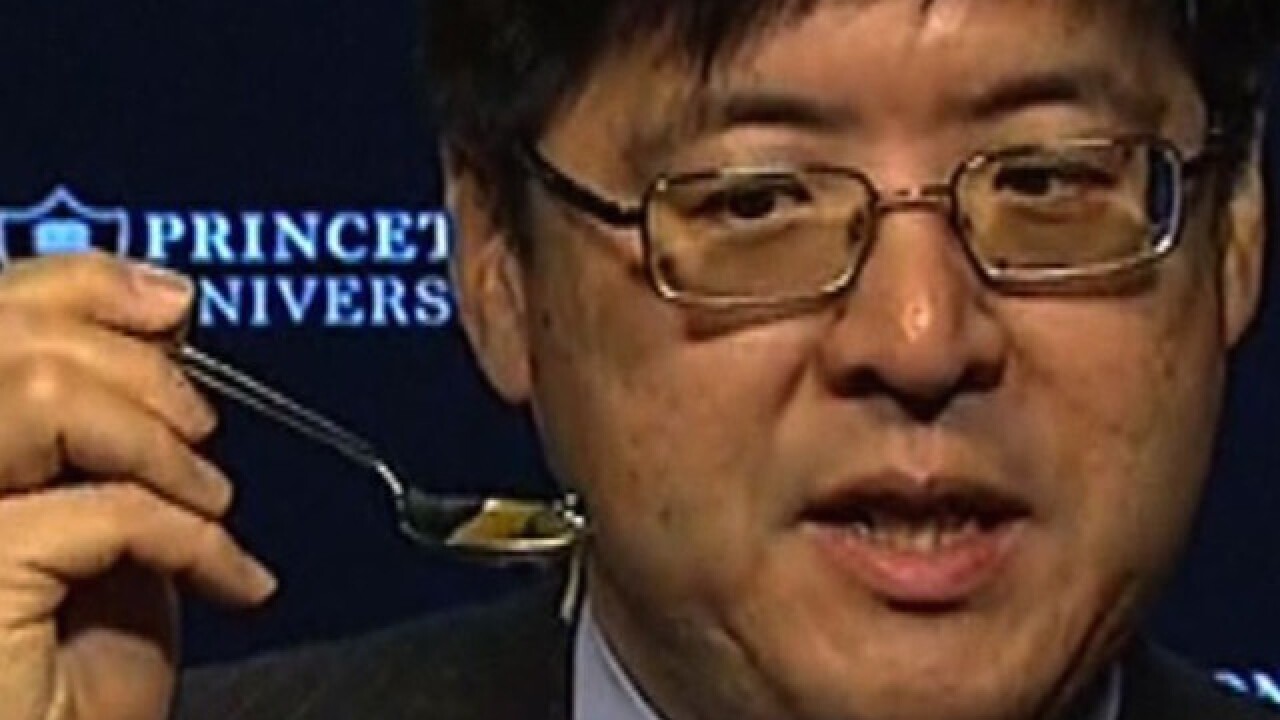 CNN
<p>Dr. Sam Wang eats a bug live on CNN to settle a bet he made against a Donald Trump win.</p>

Princeton professor Sam Wang said he'd eat a bug if Donald Trump won the election. On Saturday, he had to settle up on national television.

Wang appeared on CNN's "Smerconish" just days after the election had been settled. Host Michael Smerconish reminded him of a tweet he sent on Oct. 18 that said "If Trump wins more than 240 electoral votes, I will eat a bug."

On Saturday, Wang pulled out a can of crickets in honey sauce and gladly ate one on live TV. When asked how the bug tasted, Wang told Smerconish it was "nutty."

"I was wrong," Wang gladly admitted, regarding his prediction about Trump's chances.

Watch the whole exchange between Wang and Smerconish in the player below.