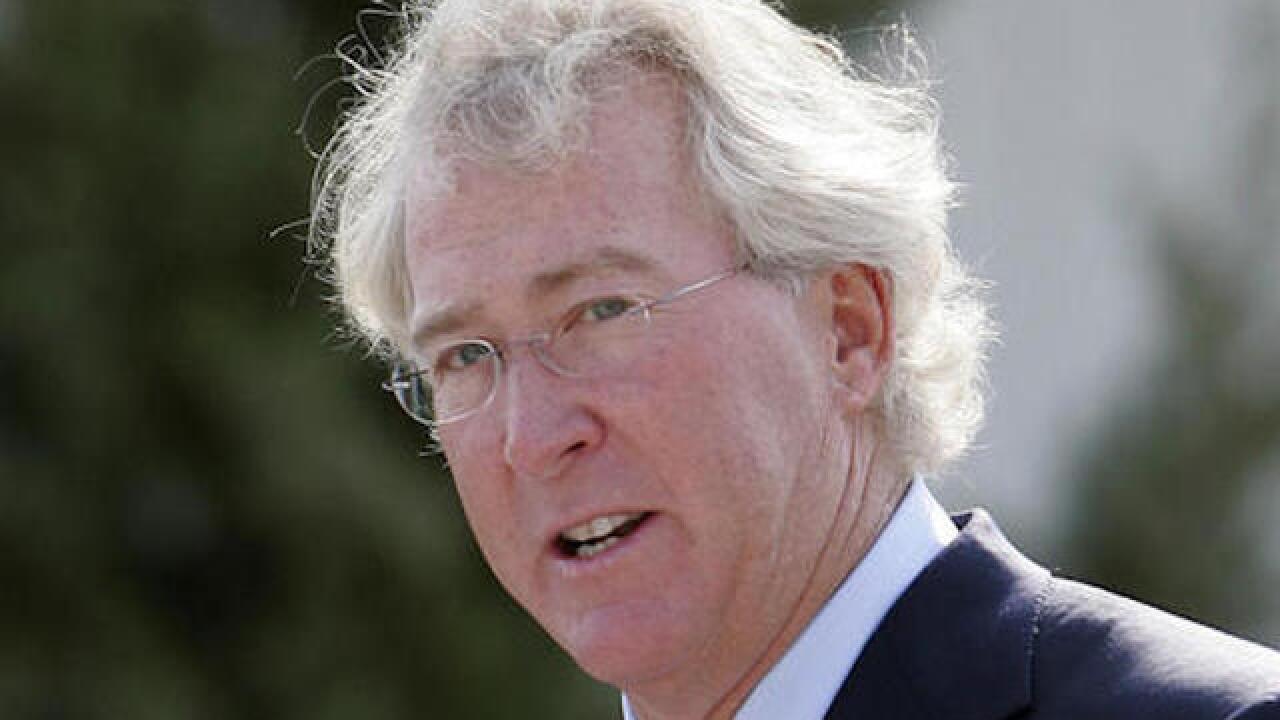 OKLAHOMA CITY (AP) — Chesapeake Energy founder Aubrey McClendon had the gas pedal floored in his SUV moments before it slammed into a bridge support at 78 mph earlier this month, police said Monday.

McClendon tapped his brakes multiple times before impact, but not enough to slow his vehicle significantly, Oklahoma City Police Chief Bill Citty said at a news conference. There was no evidence McClendon tried to veer away or brake completely before impact.

Citty wouldn't say whether he thinks the former Chesapeake CEO intended to crash or had full control of his Chevrolet Tahoe.

McClendon died March 2, a day after a federal grand jury indicted him on a bid-rigging charge. The part-owner of the NBA's Oklahoma City Thunder had vowed to fight the accusation.

The vehicle's data recorder showed McClendon was driving 88 mph and then tapped his brakes, but not enough to significantly reduce speed. As far as police could tell, the brakes were fully operative, Citty said. Police have said previously the speed limit on the isolated road in northeast Oklahoma City was 50 mph.

McClendon had his gas pedal floored until 1½ seconds before impact, when he reduced it from 99 percent to 25 percent depressed, the police chief said.

McClendon was not wearing a seat belt at the time of the crash, although at that speed it wouldn't have mattered if he had, Citty said.

Investigators found tire tracks but no skid marks. Police are checking McClendon's cellphone records to determine if he was on the phone.

The medical examiner's office said previously that McClendon died from multiple blunt force trauma, but it has yet to reveal the official manner of death or the toxicology test results, which usually take four to six weeks to complete.

The Tahoe simmered after the collision before it caught on fire, a witness told police.

A federal grand jury indicted McClendon on March 1, alleging he conspired to rig the bidding process for natural gas leases in Oklahoma from 2007 to 2012, when he led Chesapeake Energy.

In the charging document, prosecutors alleged that McClendon, two unnamed companies and an unnamed co-conspirator would decide who would win the bid to certain drilling rights and then give the "loser" a share in the lease.

McClendon said shortly after being indicted that he was the first person in the oil and gas industry to be accused of improprieties involving the joint bidding on leases, in which companies work together to solicit work.

He died the next morning.

McClendon founded Chesapeake Energy with Tom Ward in 1989. Ward later left and formed SandRidge Energy Corp., which has disclosed it was subpoenaed amid an investigation into the awarding of land or mineral rights from the same time period covered in the McClendon indictment.

Prosecutors have not identified SandRidge as one of the unnamed companies from the indictment. Separately, Sandridge has said the Justice Department told the company it was the target of an Oklahoma federal grand jury investigation.

McClendon resigned as CEO at Chesapeake in 2013 after a revolt by activist shareholders including Carl Icahn. He started a new company, American Energy Partners, less than a mile from Chesapeake's headquarters in Oklahoma City. SandRidge investors ousted Ward the same year after a proxy fight; he later formed Tapstone Energy.