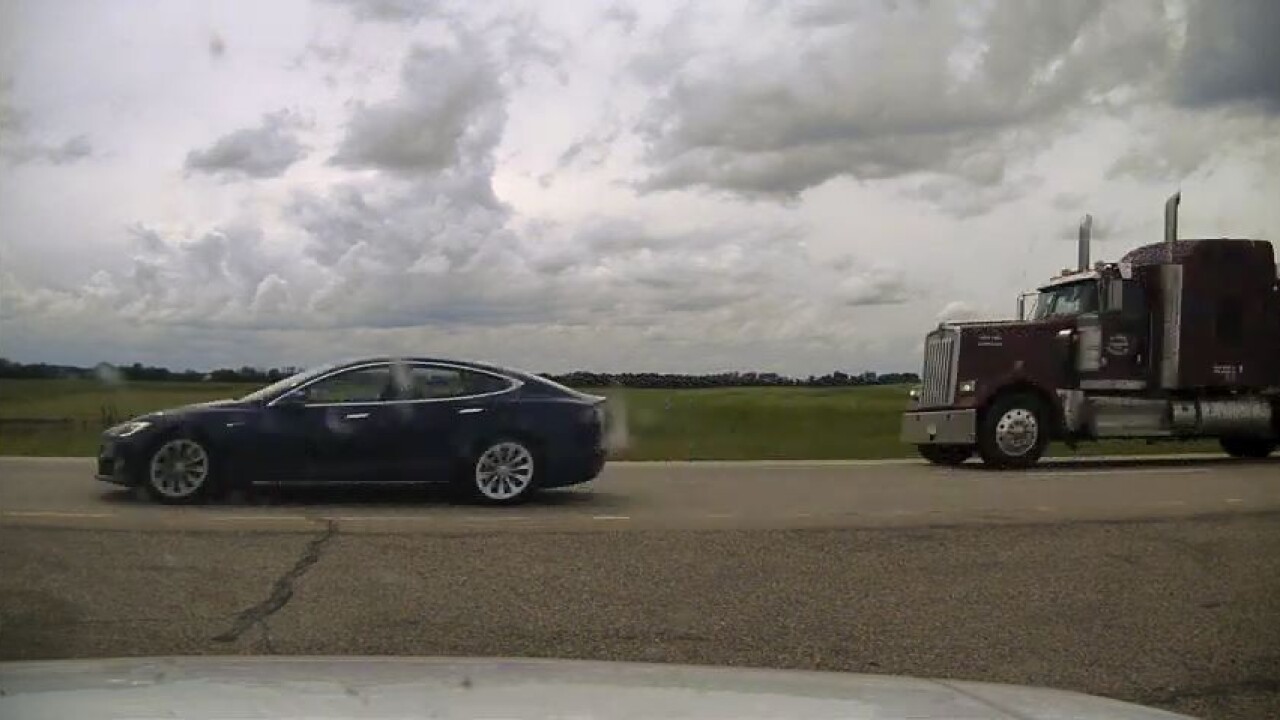 Royal Canadian Mounted Police
A 20-year-old who was behind the wheel of this Tesla is now facing charges for being asleep while the car sped down a Canadian highway.

A 20-year-old Canadian is facing charges after he was allegedly asleep behind the wheel of a self-driving Tesla going more than 90 mph.

The Royal Canadian Mounted Police were called on July 9 when witnesses saw a speeding Tesla electric car heading south of Edmonton, and what appeared to be no one behind the wheel.

Both front seats were fully reclined and it appeared the driver and passenger were asleep, police told CBC.

The car was going roughly 87 mph on a stretch of highway with a maximum speed of about 68 mph.

A responding officer turned on their patrol car’s lights, as other cars on the highway pulled over, police say the Tesla automatically began to accelerate to more than 90 mph because the traffic in front of it was clearing.

"Nobody was looking out the windshield to see where the car was going," RCMP Sgt. Darrin Turnbull told CBC. "I've been in policing for over 23 years and the majority of that in traffic law enforcement, and I'm speechless. I've never, ever seen anything like this before, but of course the technology wasn't there."

The driver was initially charged with speeding and had a temporary hold put on his license for sleeping behind the wheel. The RCMP decided recently to charge the driver with dangerous driving and set a December court date.

Self-driving features usually require input from the driver every so often to ensure someone is paying attention while the car is in motion. However, CTV reports there are after-market products that can interfere with that system.

"Although manufacturers of new vehicles have built in safeguards to prevent drivers from taking advantage of the new safety systems in vehicles, those systems are just that — supplemental safety systems," said Superintendent Gary Graham of Alberta RCMP Traffic Services in a statement. "They are not self-driving systems, they still come with the responsibility of driving."

Quebec and Ontario have approved pilot projects for autonomous cars on their roadways.