Tuesday highs in the 60s, light rain on the way for Las Vegas valley
Local News 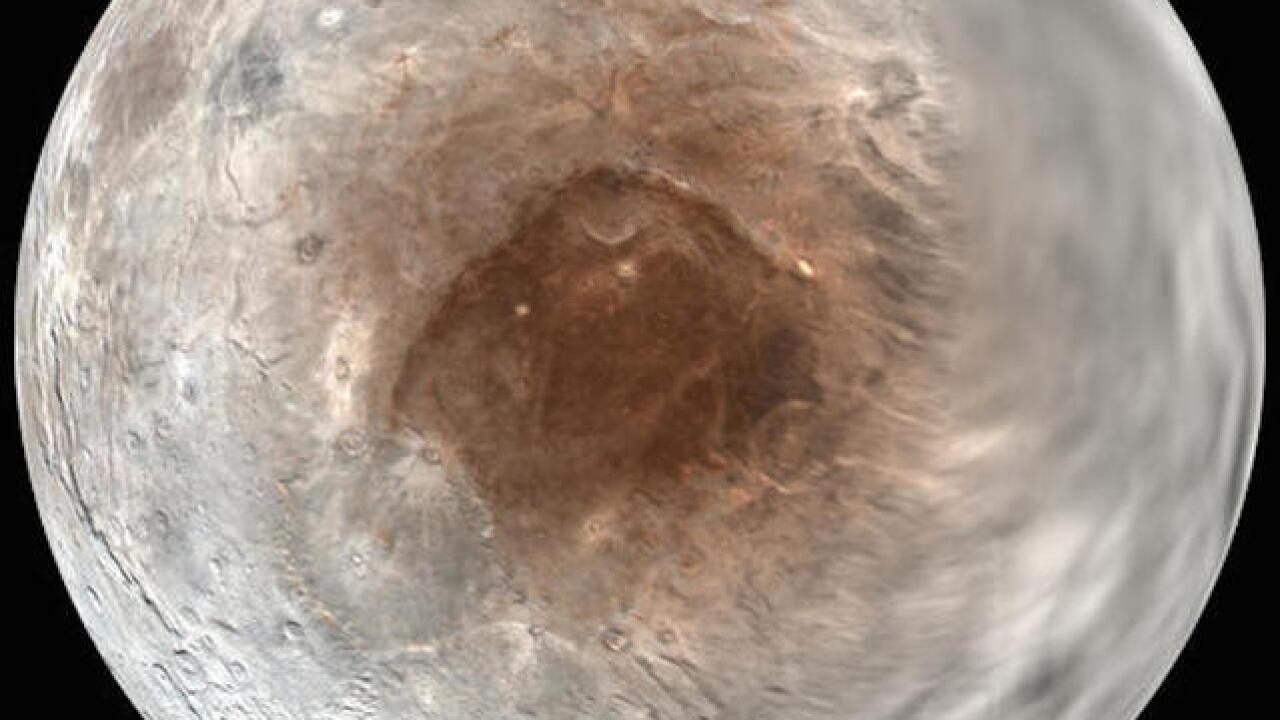 CAPE CANAVERAL, Fla. (AP) — A new study finds that Pluto is "spray-painting" the red poles of its big moon Charon.

The paint is actually Pluto's continually escaping atmosphere. Methane and other gases from Pluto end up coating Charon's frozen poles, which are so cold and where winters are so long that this buildup remains for decades.

A chemical transformation, via solar radiation, turns the polar caps a dark red.

The study was reported in the journal Nature on Wednesday, 14 months to the day after New Horizons' historic flyby of Pluto.

Grundy, lead author of the paper, called it a new phenomenon for scientists.

"It's almost like Pluto is a graffiti artist, spray-painting Charon's poles with its escaping atmosphere, leaving planet-scale colored spots," Grundy said in an email. "This sort of thing might not be unusual among double planets, but we never had a close look at such a system until New Horizons flew through the Pluto system last year."

He and other scientists — including New Horizons' principal scientist Alan Stern — were curious as to how such a large surface feature became such a conspicuous color.

"This study solves one of the greatest mysteries we found on Charon," Stern, a co-author on the paper, said in a statement. It opens up the possibility that other small bodies in this faraway twilight zone known as the Kuiper Belt may be undergoing the same thing, he noted.

Pluto's little moon Nix, for example, has a reddish spot. But it orbits farther from Pluto and is so small that the so-called spray-painting wouldn't be nearly as efficient, according to the study.

NASA's Chandra X-ray Observatory detected the low-energy rays last year. Until then, the most distant body in the solar system with detected X-ray emission was the ringed Saturn system, according to scientists. The source of Pluto's X-rays is still a mystery.

The X-ray findings were announced Wednesday.