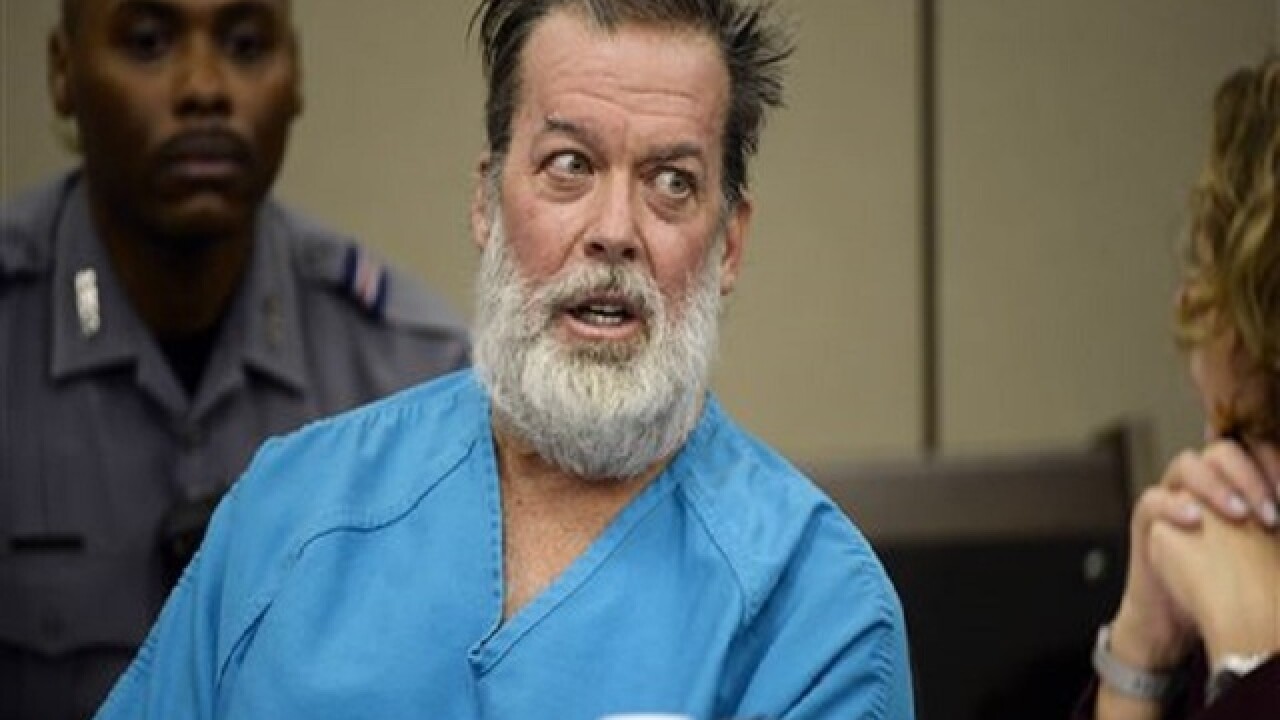 Robert Dear told police he attacked the clinic in Colorado Springs because he was upset with the reproductive health organization for "the selling of baby parts," according to the documents which give the deepest look yet into his seething disdain for abortion providers. Dear also told investigators he put glue in the locks at an abortion clinic when he lived in South Carolina, a common protest technique among activists trying to shut down such facilities.

The documents were unsealed Monday after The Associated Press and other news outlets petitioned the state's highest court for their release. Judge Gilbert Martinez initially refused to make them public, saying the media do not have a First Amendment right to access court documents, which prompted the monthslong court fight over records that are routinely released in criminal cases. They include Dear's arrest warrant and warrants to search Dear's pickup truck, computer, emails and tumbledown trailer in rural Hartsel, Colorado.

Dear, 57, is charged with 179 counts, including murder, attempted murder and assault, in the Nov. 27 attack. He held police at bay for more than five hours at the clinic, injuring nine others and forcing the evacuation of hundreds of people from surrounding businesses. As he was being put in a patrol car, Dear began yelling about the killing of babies and "no more baby parts," according to the court documents.

The dead included a police officer from the University of Colorado, Colorado Springs, and two people who were accompanying friends to the clinic separately.

In courtroom outbursts, Dear declared himself a "warrior for the babies" and said he was guilty. A hearing this month will reveal more about whether he is competent to continue with his criminal case.

The documents show Dear had been nursing a grudge against abortion providers for years.

He told police he admired Paul Hill, a former minister who was executed in 2003 for the 1994 shootings of abortion provider Dr. John Bayard Britton and his bodyguard, a retired U.S. Air Force officer named James Herman Barrett, outside the Ladies Center in Pensacola, Florida.

Hill himself said he was inspired by the shooting death of another abortion doctor in Pensacola a year earlier. At the time of Hill's execution, some urged that he be spared for fear the extreme wing of the anti-abortion movement would turn him into a martyr.

Dear often talked about Hill, including once when he drove past a North Carolina abortion clinic and again when he learned that Colorado Springs had a clinic, his girlfriend told police. Dear's comments after the gunbattle even seemed to echo Hill, who spoke of being rewarded in heaven for his actions.

During an interview in which he repeatedly recited Bible passages, Dear told police he dreamed he would be "met by all the aborted fetuses at the gates of heaven and they would thank him for what he did because his actions saved lives of other unborn fetuses," the documents say. "He was happy with what he had done because his actions ... ensured that no more abortions would be conducted at the Planned Parenthood facility in Colorado Springs," which has since reopened.

Before the shooting, Dear frequently posted messages online about his anti-abortion views, he told police. In 2009, he emailed his son a link to a website that has the stated purpose of "honoring heroes who stood up for the unborn," with links to information about Hill and others who had targeted abortion clinics.

Dear asked several people for directions to the Planned Parenthood, finally getting the address by calling the clinic.

He wore a homemade ballistic vest made from silver coins and duct tape when he barged into the clinic with four rifles, according to the documents. He told police he had other weapons, including two handguns and a shotgun, in his truck.

After killing his first victims, surveillance footage shows him shooing out the window of an employee entrance, going back and forth between the clinic and his truck, and setting up propane tanks in the parking lot that he told police he hoped would explode if he shot them.