'Pizzagate': Comet Ping Pong not the only D.C. business enduring a nightmare 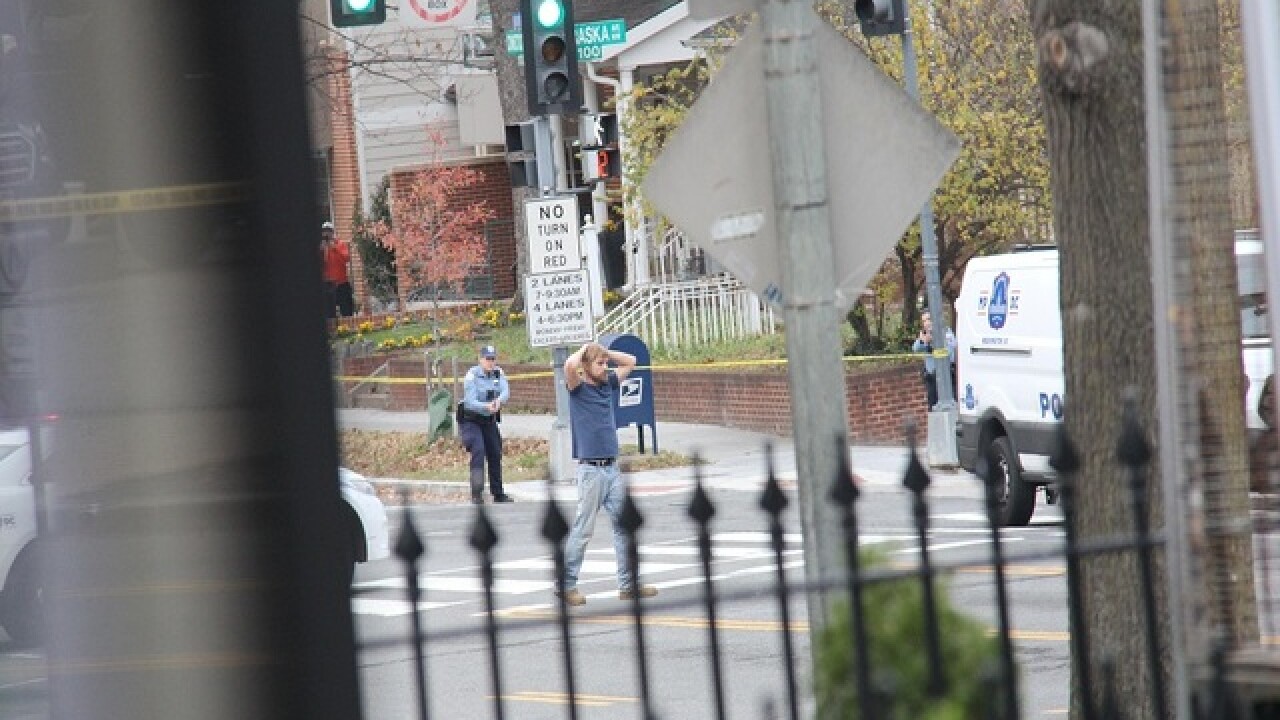 Sharif Silmi
<p>DC Police take suspect armed with assault rifle into custody. One person took a conspiracy theory called "Pizzagate" into his own hands and showed up to the pizza place that the conspiracy theorists say is at the center of the web with guns.</p>

NEW YORK (CNNMoney) -- The Washington, D.C., pizzeria into which a man armed with an assault rifle strode on Sunday, allegedly to investigate for himself an Internet conspiracy theory, has been the target of harassment for weeks.
It is not the only one: at least four other businesses in the area say they have also been targeted by believers in the false conspiracy theory known as "Pizzagate," and as the harassment continued they grew frustrated with what they say was a lackluster response by law enforcement.
Besta, another pizza shop located just three doors down from the site of Sunday's incident, has been inundated with threatening phone calls.
Ibrahima Diallo, the manager of Besta, estimates that his business has received about 10 such phone calls a day for the last month. Some callers have laced into Diallo and his staff with profanity-laced invective; others have threatened their lives.
"We didn't even know what they were talking about," Diallo told CNNMoney. "And then somebody called and told us to go online and see what people are saying."
What Diallo found is that Besta had been ensnared in a baseless online conspiracy theory alleging that Hillary Clinton's campaign chairman is involved in a child sex operation.
The place that has been the primary target for the conspiracy theorists is Comet Ping Pong, a restaurant in northwestern Washington, D.C.
Comet has reportedly received threats for weeks, and multiple Pizzagate believers came to the restaurant, including one last month who filmed during service. A pair of protesters showed up one day, leading to an exchange with Comet owner James Alefantis, which the protesters filmed and posted online.
Then, on Sunday, according to police, a man arrived at the pizzeria carrying an assault rifle with the intention of investigating the conspiracy theory himself. Edgar Maddison Welch of Salisbury, N.C., was arrested and has been charged with assault with a dangerous weapon.
Two weeks ago, Besta had its own unpleasant visit. According to Diallo, two women showed up to the shop on the Tuesday before Thanksgiving asking to inspect Besta's basement. When Diallo told them he would call the cops, the individuals left -- but not before snapping a photo of Diallo.
Diallo recorded their license plate number, but he said D.C. police told him there was little to be done.
"The police said it's a civil matter," Diallo said.
Other business owners in the neighborhood were told the same.
Sabrina Ousmaal, a co-owner of the French bistro Terasol, said that she filed a police report after Pizzagate conspiracy theorists targeted her business with menacing phone calls and online harassment. According to Ousmaal, the officer told her that it would likely calm down after the election and suggested she file a civil suit.
"It's still going on," Ousmaal told CNNMoney. "There has not been a response [from law enforcement]. It's pathetic."
Ousmaal said the Facebook page for Terasol, which is located across the street from Comet, has drawn hostile comments from Pizzagate believers.
"It is not just talk," Ousmaal said. "Those are threats calling for action."
Terasol now blocks calls from private numbers in an attempt to cut down on the harassment.
The Metropolitan Police Department in Washington said in a statement to CNNMoney that it "became aware of the fictional allegations contained in the false news story last month."
"However, despite postings of offensive language, we did not receive reports of any specific threats," the statement continued. "Officers advised the staff to immediately report to police any threats made against the establishment or individuals. MPD has been in contact with the owner of the restaurant, as well as the other business owners and residents in the immediate area to address their concerns. We want to ensure the community that their safety is our priority as we have committed additional police resources to that area."
Ousmaal emailed CNNMoney later to say that several D.C. police officers met with neighborhood business owners on Monday. "It was a great uplifting meeting and they mentioned they will actively monitor and assist in resolving the issue," Ousmaal said in the email.
Down the block from Comet is Politics and Prose, a popular Washington bookstore that has also been swept up in the conspiracy chatter.
Bradley Graham, an owner of Politics and Prose, said he had hoped authorities would address the problem "more aggressively." The store has received threatening calls "in spurts," he said.
"Sometimes it's been eight or 12 an hour," Graham told CNNMoney.
Graham, a former reporter at the Washington Post, said he's also dismayed with the websites that have allowed the conspiracy theory to flourish.
"It's just hard to figure out. You can watch their videos and read the Pizzagate stuff and it's just so twisted and bizarre. It's hard to follow the logic," he said. "Unfortunately, what's happened here on this block has become emblematic of the post-fact, post-truth phenomenon, with a dangerous and menacing twist."
Another business near Comet, the cafe Little Red Fox, has been caught up in the mess.
Matt Carr, a co-owner of Little Red Fox, told CNNMoney that his business has received roughly 50 threatening calls since last week. Eventually, his employees just stopped answering calls from private numbers. He said he filed a report with the police and called the FBI, though he said he never received a response from the latter.
Ousmaal said her husband, a co-owner at Terasol, also notified the FBI, but to no avail.
The FBI did not respond to a request for comment.
"I'm hoping one positive aspect of what happened yesterday is that it'll elevate this and they'll pay attention to it," Carr said.
Diallo said he contacted his landlord on Friday, two days before the incident at Comet, about lining up additional security for his business.
"I told him this threat is serious," Diallo said.
Sunday's events have not stopped the harassment, either.
"We keep receiving calls," he said.
The-CNN-Wire
™ & © 2016 Cable News Network, Inc., a Time Warner Company. All rights reserved.
KTNV