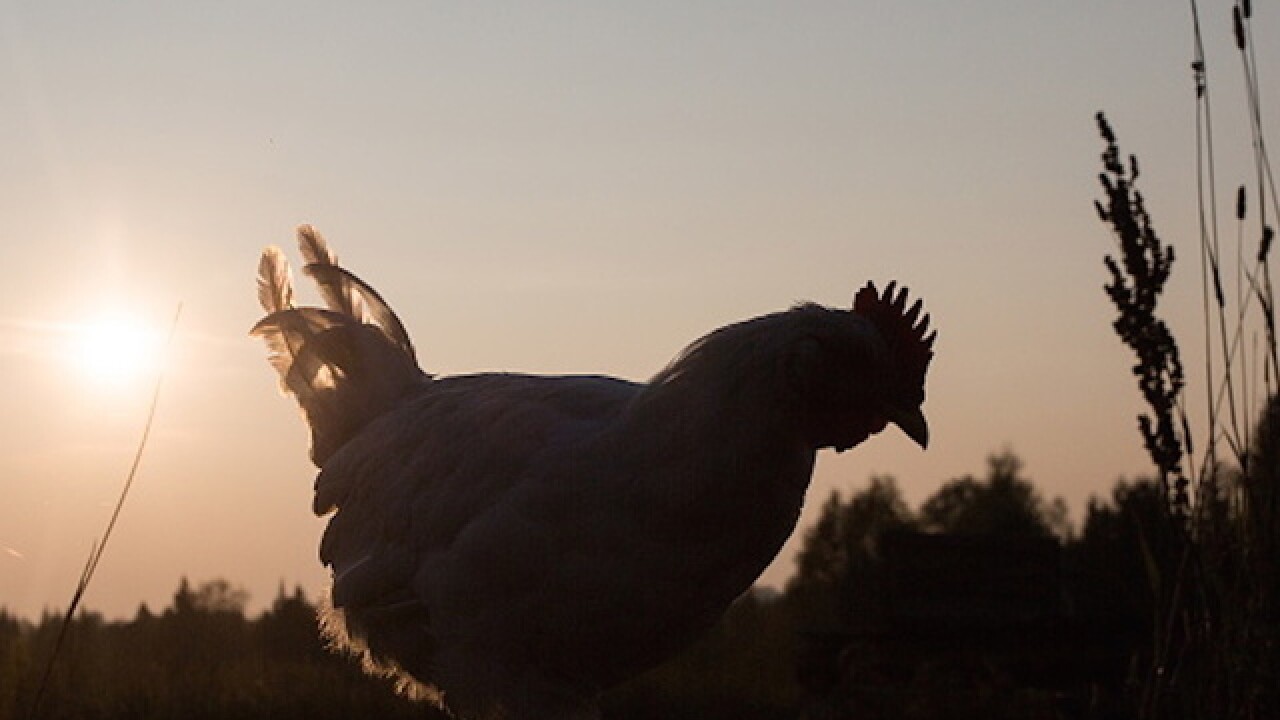 PITTSBURGH (AP) — A Pittsburgh man has 30 days to figure out how to catch a noisy rooster or the city will penalize him.

The Pittsburgh Post-Gazette reports the rooster's piercing calls have plagued residents for years. Because it appears to live on Henry Gaston's property, it has put him in violation of the city's ban against roosters.

But Gaston told a judge Wednesday he's tried to catch the animal and has failed. He says he called animal control and the zoo, but he still hasn't come up with the rooster.

Assistant City Solicitor Adam Rosenthal says he would agree to give Gaston 30 days if he puts out food and tries to catch it with a net.

The judge says he'd like the rooster caught and transferred to a farm.