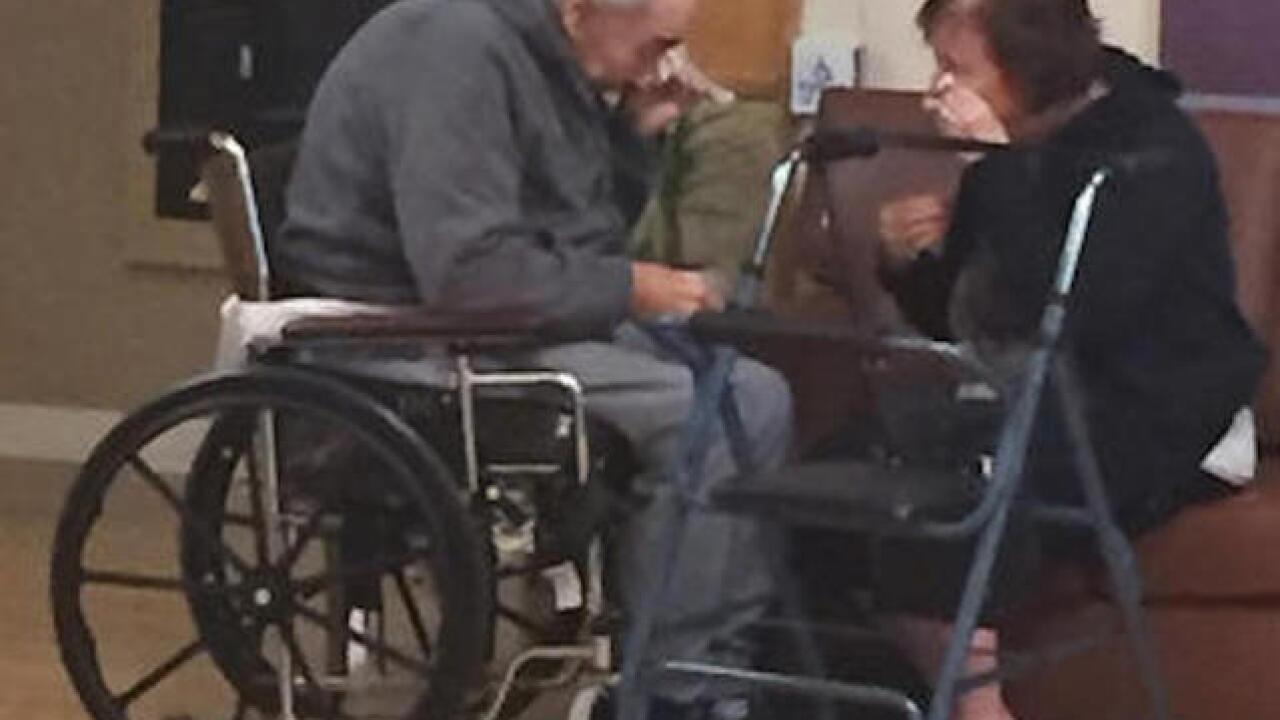 Copyright Associated Press
Ashley Bartyik
<p>In this Monday, Aug. 22, 2016 photo provided by Ashley Bartyik, her grandparents Wolfram and Anita Gottschalk of Surrey, British Columbia, Canada, cry as they say goodbye near the end of a visit with each other in Wolfram's elderly care home in Surrey. The couple, who are in their 80s, were separated into two different care homes a half an hour apart after 62 years of marriage because no beds were available together. (Ashley Bartyik via AP)</p>

VANCOUVER, British Columbia (AP) — A photograph of a crying elderly Canadian couple in wheelchairs, separated into two different care homes after 62 years of marriage because no beds were available together, has received international attention.

Wolfram Gottschalk, 83, of Surrey, British Columbia was put in an assisted living home in January after he suffered dementia health complications making it impossible for wife Anita, 81, to care for him at home. Four months later, Anita entered a different facility despite family efforts to keep them together.

The facilities are half an hour apart, with family driving Anita to see Wolfram several times a week.

Granddaughter Ashley Bartyik took "the saddest photo I have ever taken" when her grandparents were brought together recently. She notes that he reaches and cries out for her.

Wolfram was diagnosed with lymphoma Aug. 23. Now, the family is desperate for the couple to be together to live out their remaining days.

"I see desperation," Bartyik said. "I see people married for 62 years pulled apart by a system. I see the love they have for each other."

She took to social media to draw attention to the family's plight and said the family had been working to find a care home to accommodate both grandparents. But the couple's immediate health concerns led them to be put in separate facilities.

"It's a little bit of a broken system right now," Bartyik said.

She said the first call from the local health authority came Aug. 25, after the photo received international attention. "We were told he is a top priority," Bartyik said.

She said Anita is more aware of what is happening than her husband. She said her grandfather's dementia is growing and the family is afraid Wolfram soon won't remember Anita.

"With the news of cancer, our fight to have them in the same facility is even more urgent," Bartyik said.

Fraser Health spokeswoman Tasleem Juma said the authority tries to keep families together but that Wolfram's care needs are higher than Anita's. She said a facility must meet both patients' needs, and the authority expects to complete that work in several weeks.

"This is very upsetting for the family and is upsetting for us as well," Juma said. "It's not unusual for senior couples to need different levels of care at different times," she said.

The couple met in Germany in 1954 and married four months later. Wolfram was a bricklayer and a shortage of work after World War II led the couple to immigrate to Canada.

Bartyik said the couple speaks in their native German in sad situations and Wolfram calls Anita "my little mouse" in German, Bartyik said. "That's what he calls out when he sees her," Bartyik said.