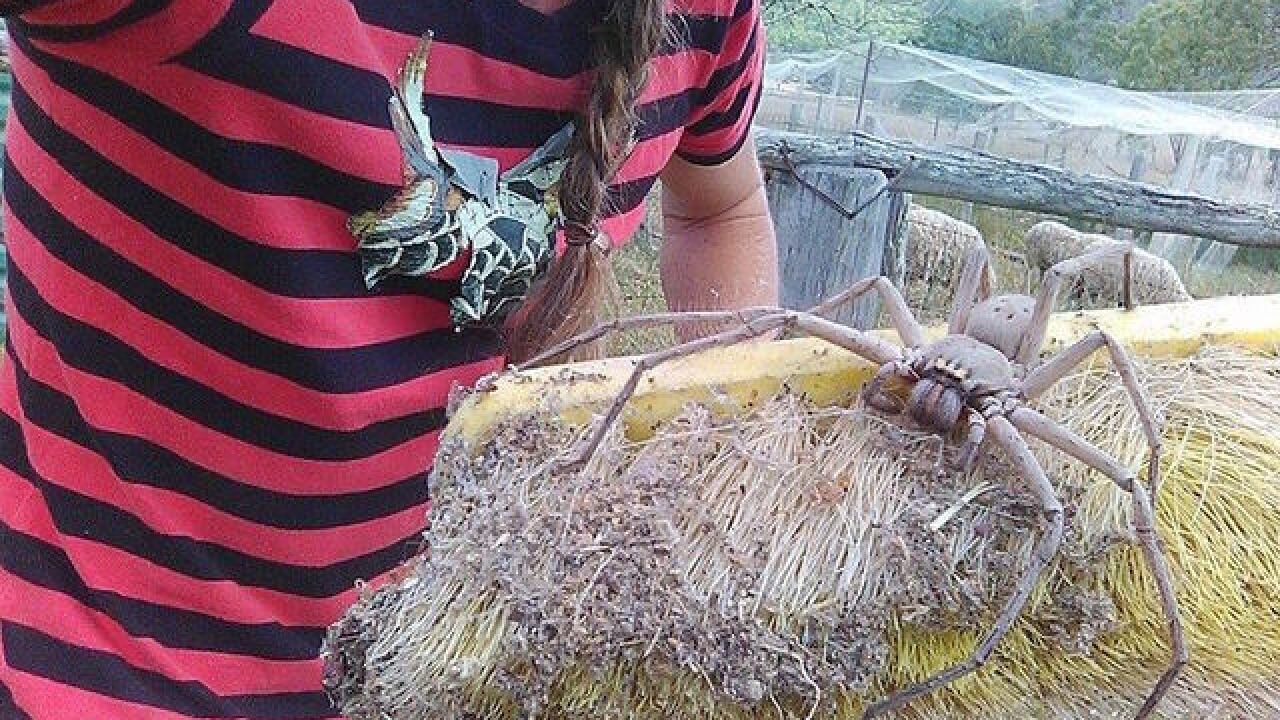 Images of a massive spider rescued by an Australian animal sanctuary have gone viral and have likely inspired thousands of nightmares.

The operators of Barnyard Betty's Rescue saved the enormous arachnid in October 2015. According to a Facebook post, the Huntsman spider was deemed unwanted and someone wanted to kill it.

The spider was appropriately named Charlotte by its rescuers. Even though it might be hard for some to believe, Charlotte was described as a "beautiful, calm spider, not aggressive in any way" in a Facebook post this week.

More than a year after Charlotte's story was first posted to Facebook, the images of it suddenly went viral this week. The photos of Charlotte have been shared about 100,000 times on Facebook.

The spotlight has made Barnyard Betty's Rescue a viral hit. The people who run the sanctuary were blindsided by the attention but seem thrilled.

"Thank you everyone for all the lovely messages you have sent me," read a Facebook post from the sanctuary on Thursday. "It's so wonderful to know you all support and appreciate what I do for the animals ... This going viral thing is just crazeee (sic) insane!"

Charlotte has since been released into the wild by the people at Barnyard Betty's Rescue.

"Like most spiders she just wanted to go about her business eating bugs and living in peace," the rescuers wrote. "Poor spiders are so misunderstood!"