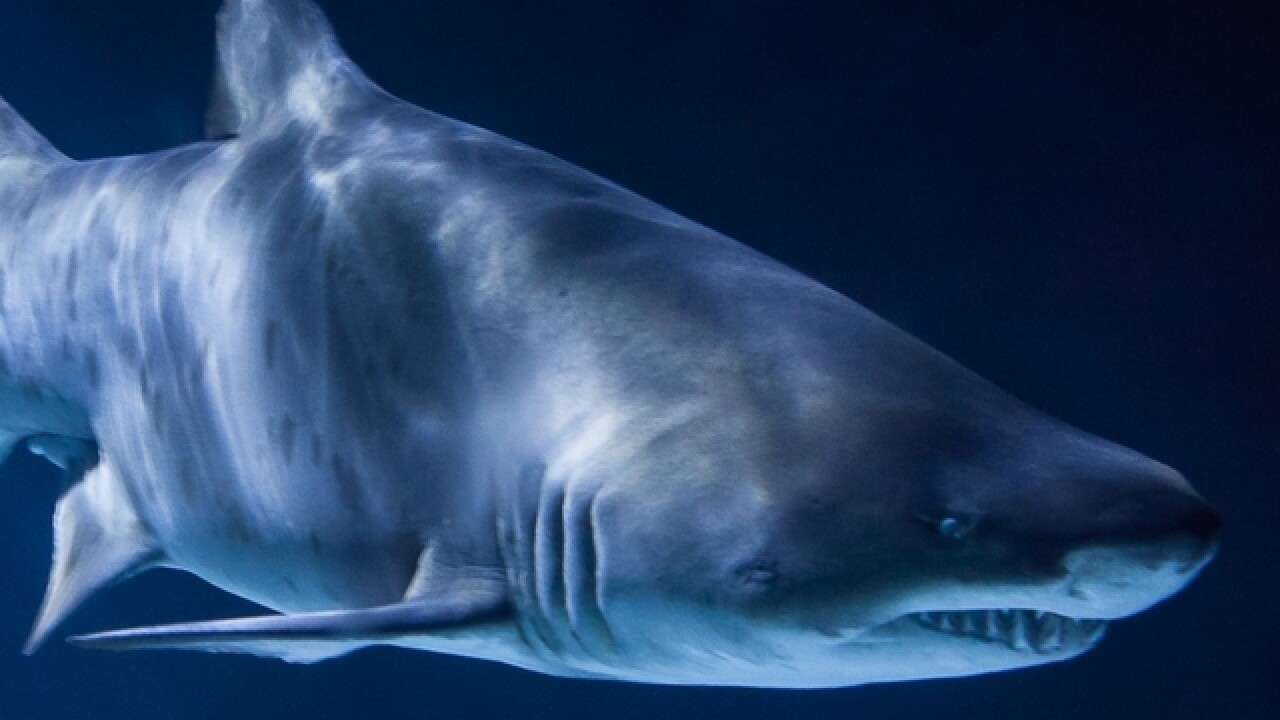 By: CNN
Posted at 8:46 PM, Jan 26, 2017
(CNN) -- You can almost hear the "Jaws" music while looking at the photo.
Chris Hasson's 10-year-old son Eden was surfing Tuesday when a shark appeared lurking beneath the wave, a moment Hasson caught on camera.
"It was a chance encounter, a one in a million photo," Hasson said.
Hasson and some others were on the beach at Samurai Beach in the Australian town of Port Stephens. As he was taking pictures, he saw something out of the corner of his eye as his son was about to ride a wave.

Hasson then took a series of shots, and when he went back to look at them, sure enough he saw the shark.
"I was very concerned," he said, so he called to his son and the other surfers to come ashore.
Then he showed them the shot, which they loved.
"Everyone was high-fiving after they saw the photo," Hasson said.
Eden even responded with a joke: "Lucky I didn't fall off."
The encounter hasn't fazed the 10-year-old. Eden was back in the water surfing the next day, Hasson said.
"He's getting a kick out of the attention," Hasson said.
Hasson said experts have told him it was likely a white shark about 2.5 meters (a little more than 8 feet) long.
Encounters like these aren't as rare as one would think; people in the ocean are often "blissfully unaware" of how close they are to big sharks, said Mike Bennett, a professor at the University of Queensland.
Most sharks will shy away from human contact, Bennett said.
He said he thinks the creature in the picture was likely a white shark, in part due to its very pale underside and pointed nose.
"There are as many questions about this photo as there are answers," Bennett said.
He was surprised a shark of that size would be that far north, as most are farther south this time of year.
There's also a very small chance it could be a dolphin, a species known to play in waves, Bennett said.
CNN's Chieu Luu contributed to this report
The-CNN-Wire
™ & © 2017 Cable News Network, Inc., a Time Warner Company. All rights reserved.
Copyright 2017 Scripps Media, Inc. All rights reserved. This material may not be published, broadcast, rewritten, or redistributed.