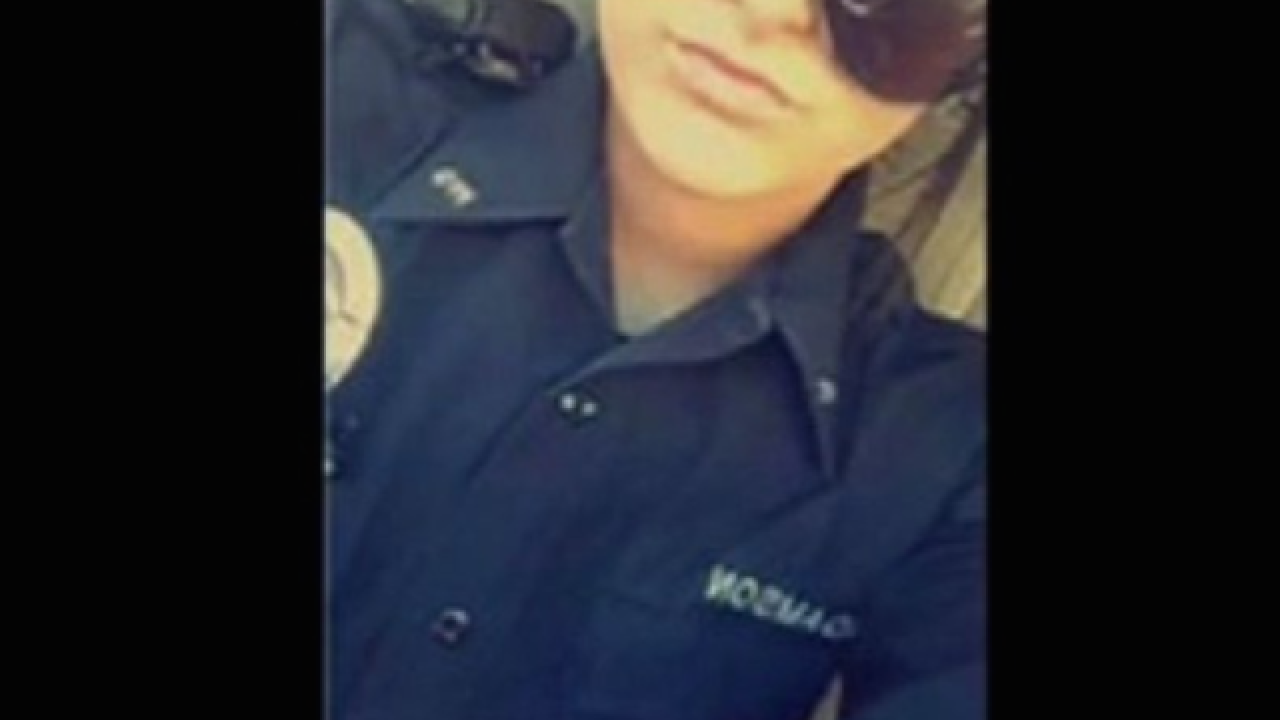 <p>A police officer in Pennsylvania has been fired after posting a photo that included a caption with a racist slur on Snapchat.</p>

A Pennsylvania police officer has been fired after posting a photo to social media that included a racial slur.

The Pittsburgh Post-Gazette reports that Melissa Adamson, a white officer in training with the McKeesport Police Department, was fired after posting the picture in question on Snapchat.

In addition to losing her job with McKeesport, Adamson has also resigned from her second job with the Versailles Police Department.

The photo shows Adamson in uniform, along with the caption “I’m the law today n****.”

McKeesport mayor Mike Cherepko took to Facebook in response to the photo circulating on social media.

“This post displays a degree of conduct and character that is far different from what I would expect from an officer in this city. It is absolutely unacceptable,” Cherepko wrote. “Without hesitation, my office and the police chief’s office immediately concluded that this officer’s actions will not be tolerated in the City of McKeesport. She has been relieved of her duties, and her employment has been terminated.”

According to WTAE-TV, the photo appears to have been taken months ago. Adamson is wearing a Pitcairn Police Department uniform in the photo, a job she says she resigned in order to join the McKeesport Police.

"Everyone that knows me knows I don’t have a racist bone in my body," Adamson told WTAE. "And people who don’t know me, I can understand why it was misconstrued to where it looks racist. But like I said, everyone who knows me knows I'm not racist."

"I don't want this to affect how I do my job. I don't want people to look at me differently, thinking that I can't build myself up to the standard of a police officer. Again, it was a stupid mistake. It shouldn't have been posted in general, regardless of how my intentions were."