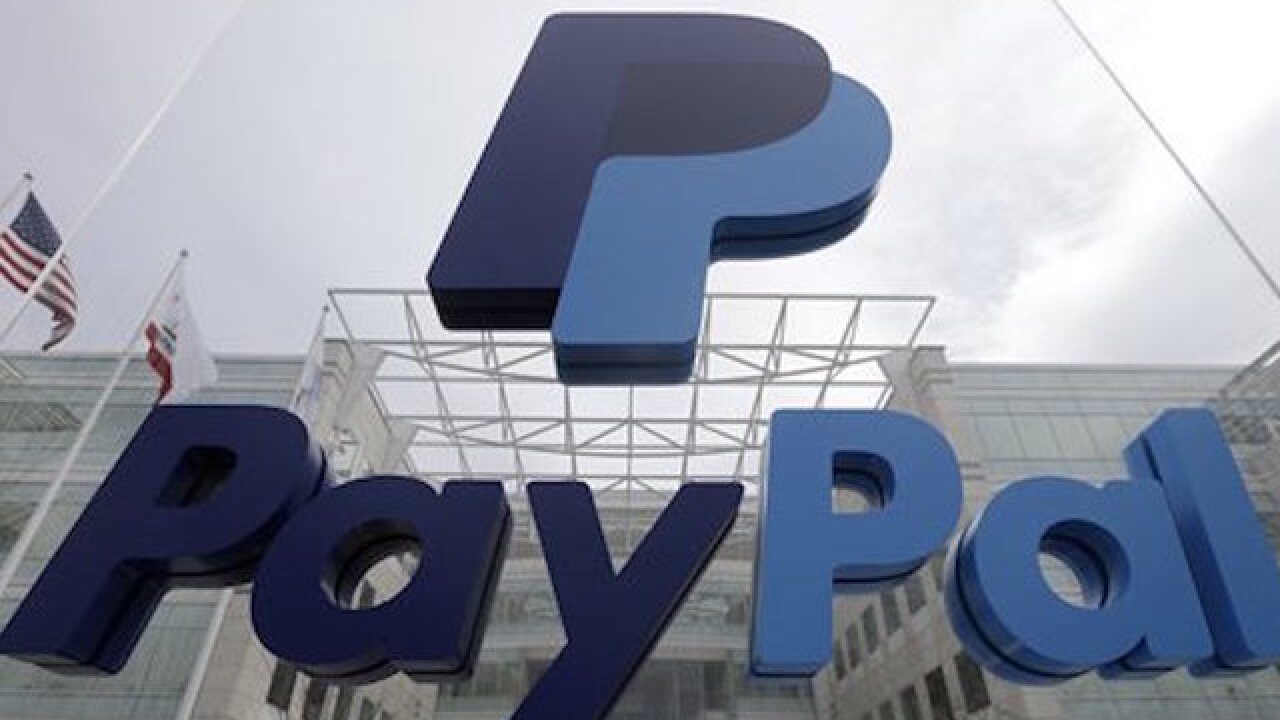 RALEIGH, N.C. (AP) — PayPal said Tuesday that it was scrapping a $3.6-million, 400-job expansion in North Carolina, the biggest tangible economic backlash so far to a new state law that restricts protections for lesbian, gay, bisexual and transgender people.

More than 100 corporate leaders have decried the law, saying it is unfair and makes it more difficult to attract talent. PayPal's announcement came days after Lionsgate decided to move the filming for the pilot episode of a comedy series to Canada.

"This decision reflects PayPal's deepest values and our strong belief that every person has the right to be treated equally, and with dignity and respect," the company said in a statement.

Meanwhile, organizers say some customers have pulled out of one of the world's largest furniture markets in Charlotte, and New Jersey-based Braeburn Pharmaceuticals said it was reconsidering building a $50 million facility in Durham County that would have created 50 jobs paying an average of $76,000 a year.

Gov. Pat McCrory and legislative leaders did not respond to requests for comment on PayPal's decision. Just days before signing the law March 23, McCrory was on hand when PayPal announced plans for its new operation center in Charlotte, his hometown.

A group that supported the legislation said PayPal pulled out after receiving millions in corporate incentives. The North Carolina Values Coalition said in a statement that "a company with its hands in the pockets of the taxpayers of North Carolina shouldn't insert itself into the bathroom policies of the state."

The legislation marked the first state law in the nation limiting the bathroom options for transgender people, requiring them to use those conforming to the sex on their birth certificates. The law also excludes lesbian, gay, bisexual and transgender people from anti-discrimination protections, and blocks municipalities from adopting their own anti-discrimination and living wage rules.