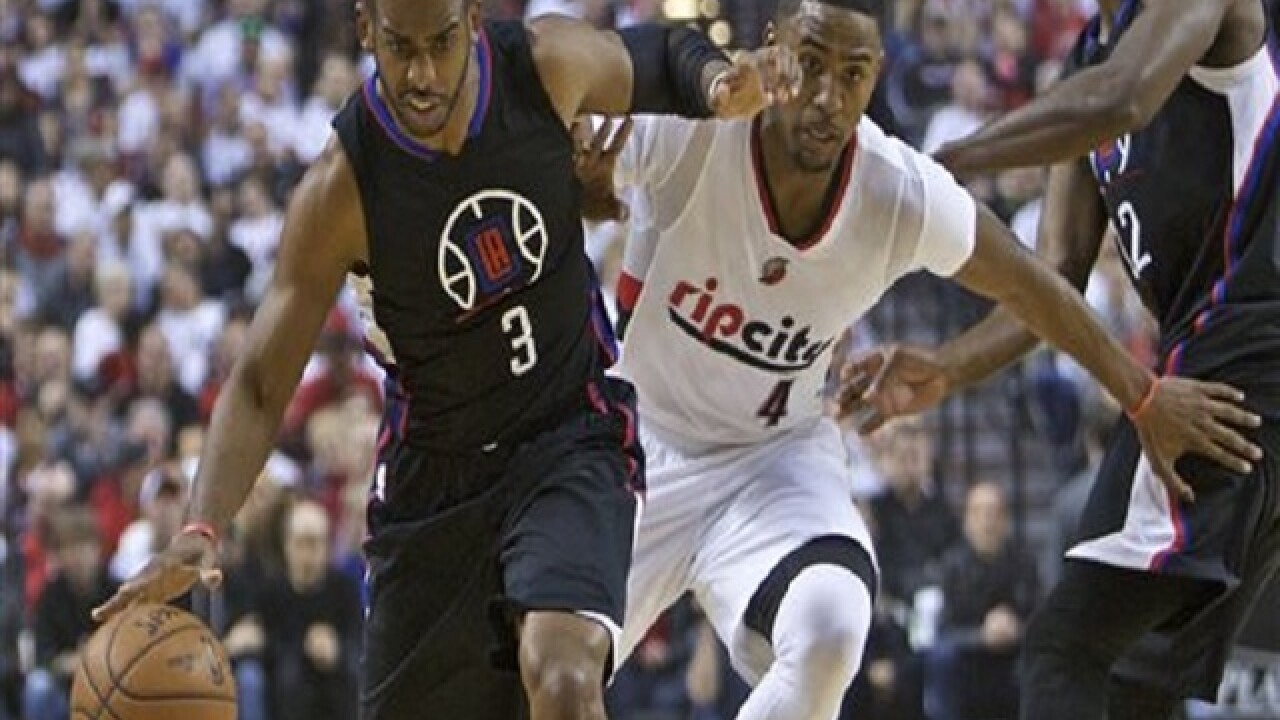 By: Associated Press
Posted at 11:21 PM, Apr 25, 2016
PORTLAND, Ore. (AP) — Los Angeles Clippers guard Chris Paul broke a bone in his right hand midway through the third quarter and left Game 4 against the Portland Trail Blazers.
It was not clear exactly how Paul was injured, but it appeared he may have bent the wrist awkwardly when defending Portland's Gerald Henderson on a layup.
Paul retreated to the bench and was attended to by team trainers before leaving for the locker room. He angrily kicked at a seat cushion on the court as he left.
The Clippers later reported Paul fractured the third metacarpal in his right hand.
Paul led players with 16 points when he left the game. The Clippers were up 2-1 in the first-round playoff series against the Blazers.
Paul was averaging 26.3 points and 8.3 assists through the first three games. He averaged 19.5 points and 10 assists in the regular season.
Associated Press 2016