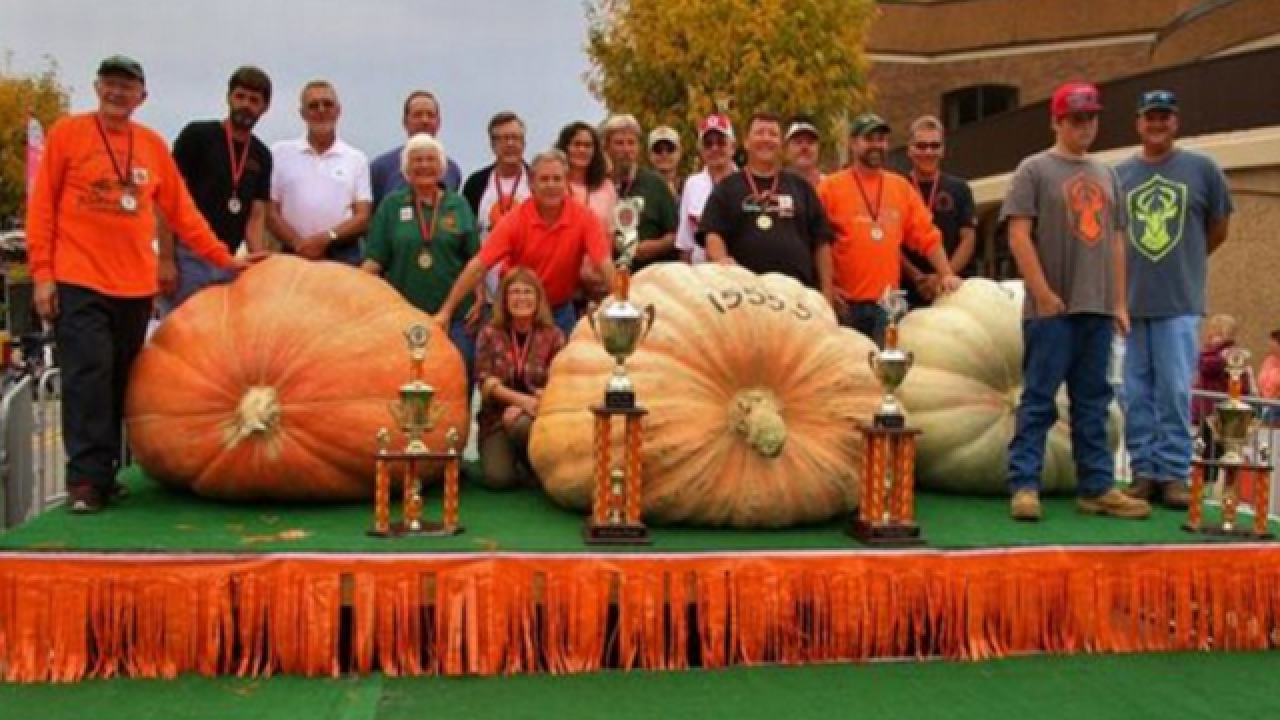 Nearly 20 years ago, growing 1,000 pound pumpkins were nearly unheard of. In the last two decades, the largest pumpkins have grown considerably, with some growing to be larger than 1 ton.

At this weekend's Circleville Pumpkin Show near Columbus, Ohio, two of these massive pumpkins will be on display. On Wednesday, the show weighed Cecil Weston's pumpkin in at 1,553.5 pounds. His pumpkin narrowly defeated one grown by Bob & Jo Liggett by just 10 pounds.

Weston told the Circleville Herald that he used the seed of a pumpkin grown last year that unofficially weighed more than 1,900 pounds. That pumpkin ended up getting a spot and rotting before last year's Circleville Pumpkin Show.

"This particular cross came out of the one I had last year, which was 1,921 pounds, but it didn't make the Circleville Pumpkin Show because it had a bad spot early and I lost it three weeks before the show," Weston told the Herald.

Weston earned a $1,000 prize for his massive pumpkin.

While Weston grew one of America's largest pumpkins in 2016, Mathias Willemijns's world record-breaking pumpkin lies halfway across the world. Willemijns pumpkin weighed in at 2,624 pounds during a German festival earlier this month.

Growers at the Ohio show said that less than ideal summer weather hampered the growth of pumpkins, due to an unusually hot summer.