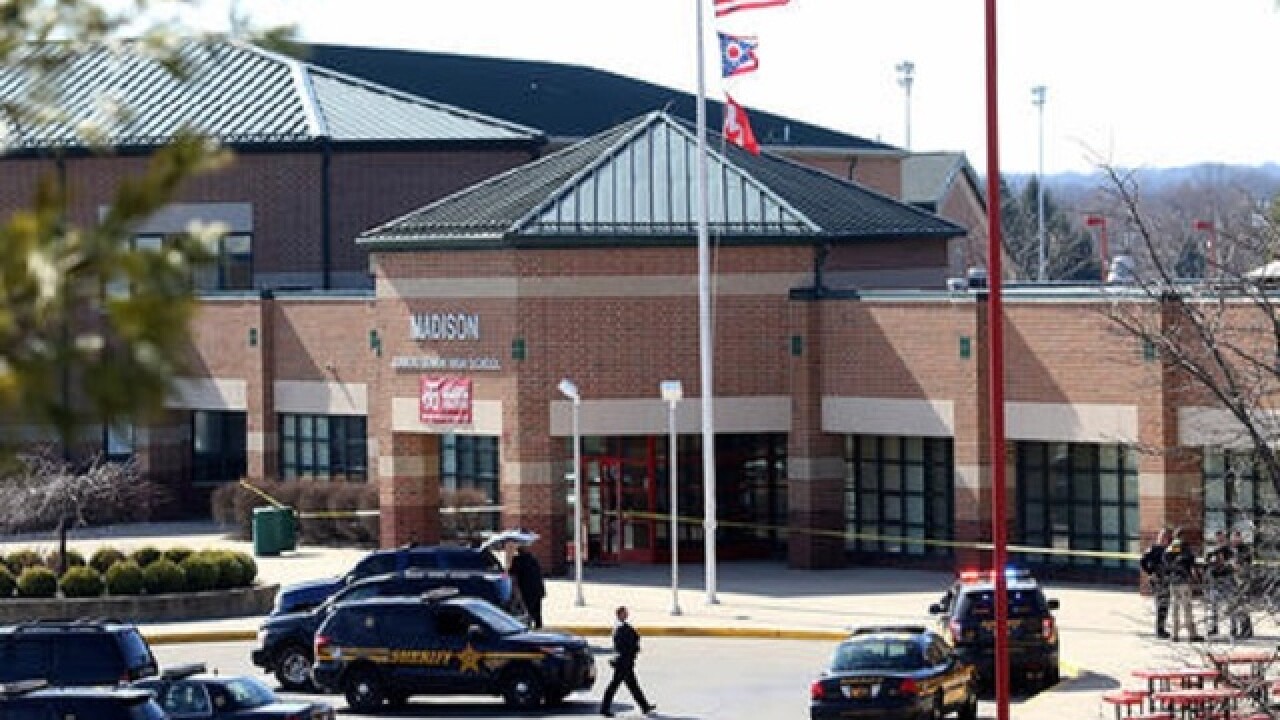 By: Associated Press
Posted at 9:45 PM, Apr 27, 2016
HAMILTON, Ohio (AP) — A 15-year-old boy accused of shooting students in an Ohio school cafeteria will appear in juvenile court to face charges including attempted murder.
A pretrial hearing is scheduled for Thursday for James Austin Hancock in Butler County Juvenile Court. A defense attorney for Hancock said after a hearing earlier this month that he didn't expect the case to go to trial, but a prosecutor said at the time that no plea deal was in place.
Hancock was arrested after the Feb. 29 shootings that wounded two students and injured two others at Madison Local Schools near Middletown, north of Cincinnati.
Hancock was indicted last month as a juvenile under a serious youthful offender classification on charges of attempted murder, felonious assault and inducing panic. His attorney entered not guilty pleas on his behalf.
Associated Press 2016