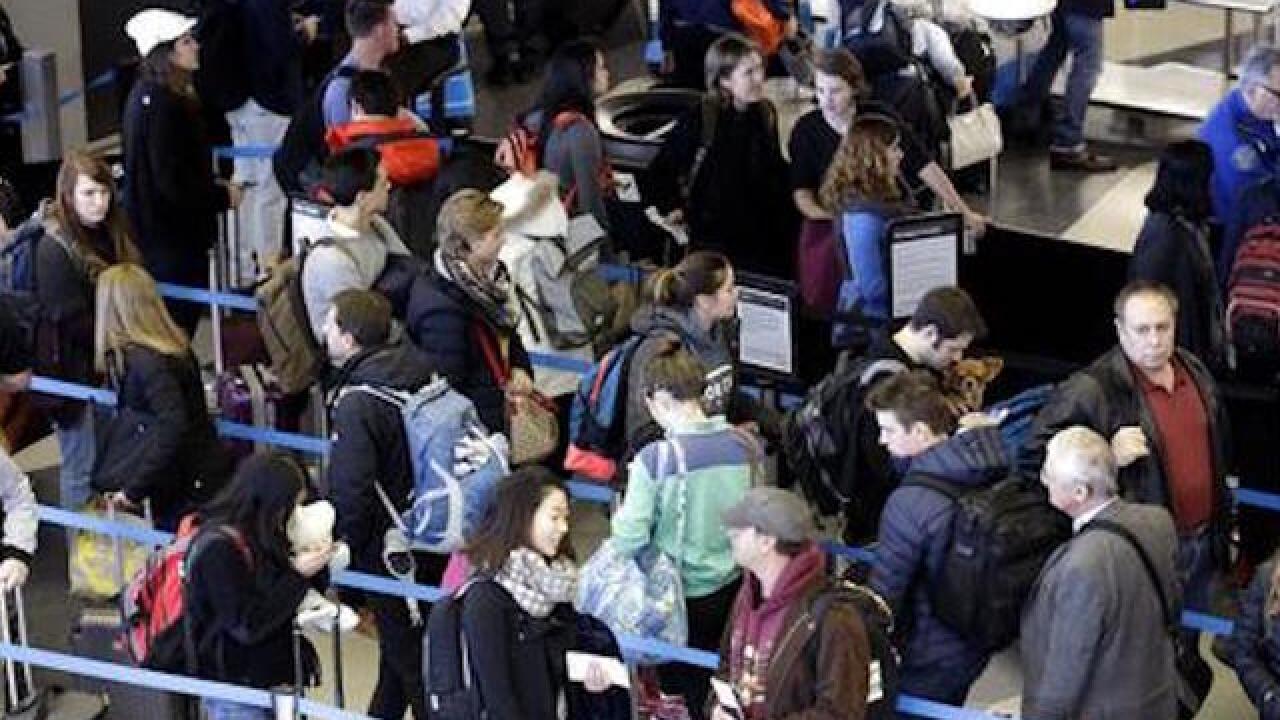 Copyright Associated Press
Nam Y. Huh
<p>In this Sunday, Nov. 29, 2015, file photo, travelers line up at a security checkpoint area in Terminal 3 at O'Hare International Airport in Chicago. Hundreds of O'Hare International Airport workers that are trying to unionize have voted to go on strike ahead of the 2016 Thanksgiving holiday. Officials with the Service Employees International Union Local 1 said Thursday Nov. 17, 2016, that about 500 workers have committed to strike. (AP Photo/Nam Y. Huh)</p>

Service Employees International Union Local 1 officials made the announcement Monday morning outside the airport, which is one of the nation's busiest. The workers say they want the public's support and wouldn't want to mess up anyone's holiday plans.

The union is helping the workers, who are seeking union rights and a $15 per hour wage. They work mainly for private contractors at the airport and include baggage handlers, cabin cleaners, janitors, and wheelchair attendants.

It isn't clear how such a strike would affect operations at O'Hare. The Chicago Department of Aviation has said it doesn't anticipate any disruption in service.