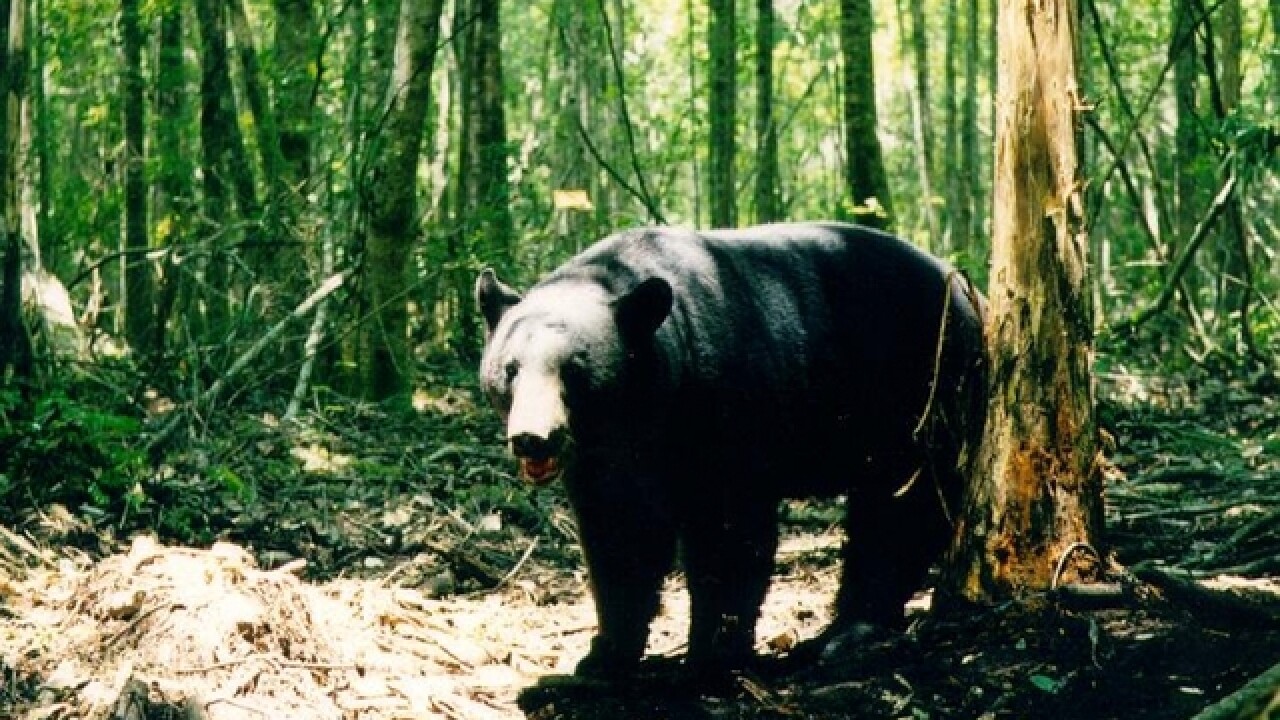 By: Associated Press
Posted at 8:33 PM, Oct 17, 2016
TRENTON, N.J. (AP) — A New Jersey black bear that walked upright on its hind legs due to an injury, and became a social media darling, is believed to be dead.
Officials with the New Jersey Department of Environmental Protection on Monday said they believed the bipedal bear nicknamed Pedals had been killed by a hunter. The state's first expanded black bear hunt in more than 30 years ended on Saturday.
RELATED: Pedals, beloved bear who walks on hind legs, spotted again
Rumors surfaced online over the weekend that Pedals had been killed in the six-day hunt.
On Monday, the department released pictures showing the lifeless body of a black bear with injured paws, just like the ones Pedals had.
The department says it can't confirm the identity of the bear, because Pedals was never tagged.
The bear was often captured on video strolling around New Jersey neighborhoods.
Copyright 2016 The Associated Press. All rights reserved. This material may not be published, broadcast, rewritten or redistributed.