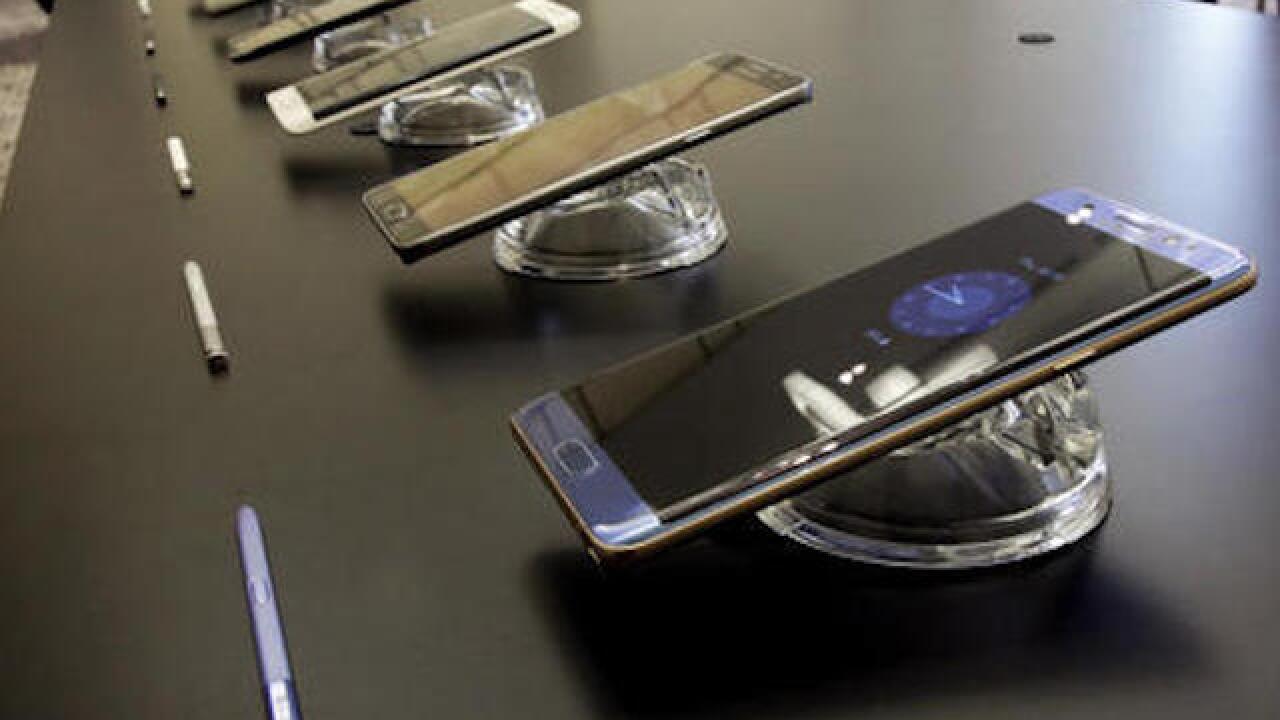 Copyright Associated Press
Richard Drew
<p>FILE - In this July 28, 2016, file photo, the Galaxy Note 7, foreground, is displayed in New York. In a statement issued Friday, Sept. 9, 2016, the U.S. Consumer Product Safety Commission said owners of the Galaxy Note 7 smartphones should turn them off and stop using them because of the risk that their batteries can explode. (AP Photo/Richard Drew, File)</p>

BETHESDA, Md. (AP) — U.S. regulators are issuing an official recall of Samsung's Galaxy Note 7 phone because of the risk that its batteries can explode or catch fire.

Samsung already has voluntary recalled the devices, but the U.S. Consumer Product Safety Commission is stepping in on a formal recall.

Samsung says it has confirmed a few dozen instances of the problem, out of 2.5 million phones sold worldwide. Samsung promised replacement devices, but that was put on hold while regulators reviewed the situation.

The recall comes at a crucial time for Samsung, as its rival Apple just announced its own latest versions of the iPhone. The Note series is one of Samsung's most expensive, and demand for the phone had been high.

CPSC chairman Elliot Kaye said at a press conference. Replacement devices should be available at most retail locations no later than Sept. 21, Samsung said.

The Department of Transportation is ordering airline passengers not to bring Samsung Galaxy Note 7 phones on planes unless they keep them turned off and don't charge them during the flight.

Passengers also must disable all applications that could inadvertently activate the phone, like an alarm clock; protect the power switch to prevent the phone from being unintentionally turned on; and keep the device in a carry-on baggage or on their person, not in a checked bag.

Transportation Secretary Anthony Foxx said in a statement that anyone who travels with the recalled device must take precautions to ensure its safe handling. The Federal Aviation Administration issued a warning to passengers about the phones last week.

Numerous cases have been reported of the phones exploding and catching fire.