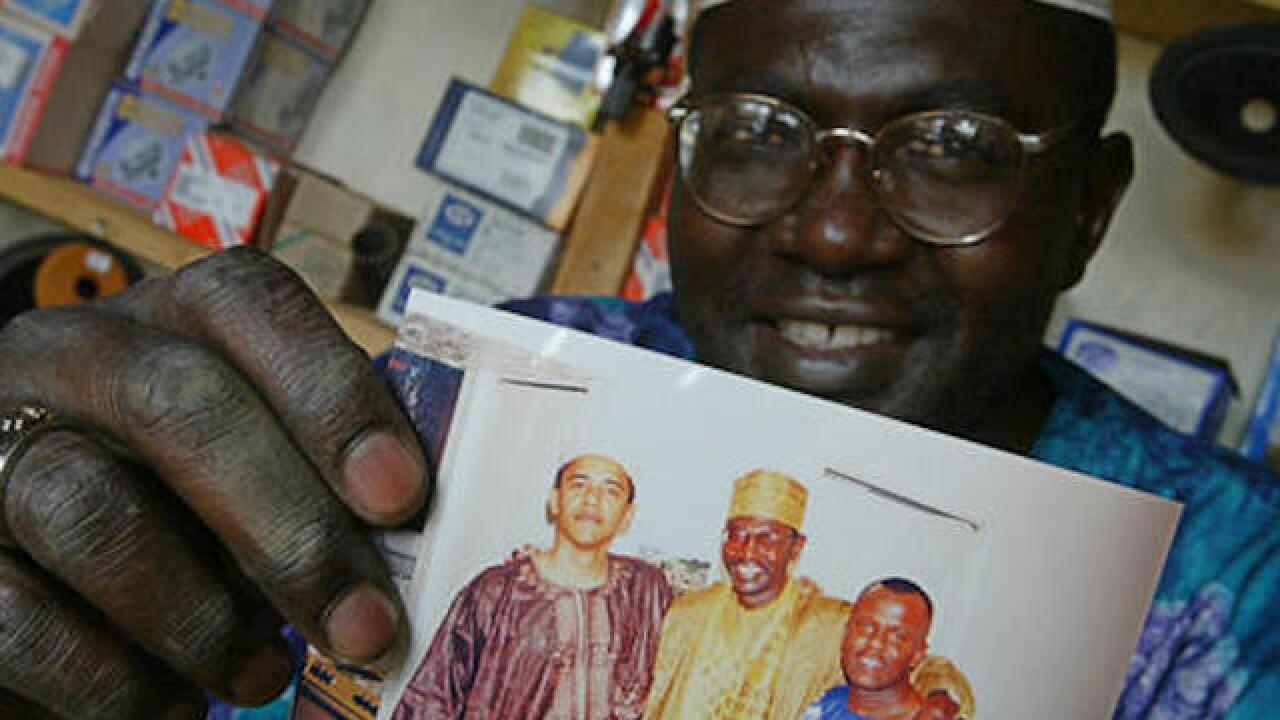 Copyright Associated Press
Karel Prinsloo
<p>This Tuesday, Sept. 14, 2004 file photo shows Malik Obama, the older brother of US President Barack Obama, who holds an undated picture of Barak, left, and himself, center, and an unidentified friend in his shop in Siaya, eastern Kenya. A Kenyan half-brother of President Barack Obama says he will vote for Republican presidential nominee Donald Trump and not the candidate his brother has endorsed, Hillary Clinton. Malik Obama told The Associated Press on Tuesday that he thinks Trump has a lot of energy and is very straightforward. (AP Photo/Karel Prinsloo/file)</p>

Malik Obama told The Associated Press he thinks Trump has a lot of energy and is very straightforward.

"Clinton is not honest because she says that she did not reveal any classified information, and she did. And I don't see that kind of person being the president of the United States," he said.

Also, "I do not support same-sex marriage," he said. "I am Muslim, it's something God would not approve. The Republican Party doesn't stand for that."

Malik Obama also expressed disappointment that his half-brother hasn't done more to support his Kenyan family and the country. The president's father was Kenyan.

Trump has tweeted his surprise at Malik Obama's stance: "Was probably treated badly by president - like everybody else!"

Malik Obama, 58, stirred up controversy in 2010 when he took a teenager as his third wife. He ran for governor in his home county of Siaya in 2013 and lost by a landslide. He was unhappy that his half-brother did not endorse him.

The father of President Obama and Malik Obama died in a car crash in 1982, leaving three wives, six sons and a daughter. All his children except Malik and the youngest, George Obama, live in Britain or the United States.