Obama to visit Orlando to pay respects to victims Thursday 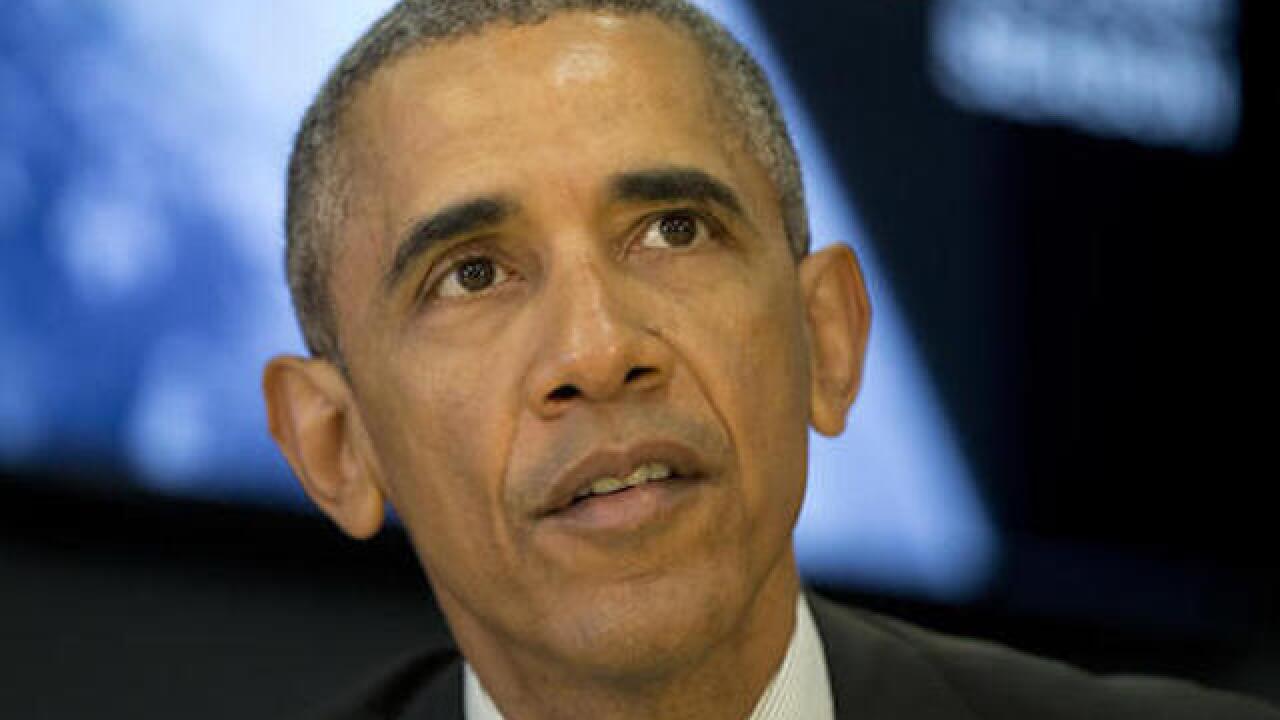 WASHINGTON (AP) — President Barack Obama will travel to Orlando on Thursday to pay respects to the victims of last weekend's nightclub shooting and to stand in solidarity with the community as it embarks on recovery, the White House said Monday night.
Press Secretary Josh Earnest did not provide more details about the trip. Obama had canceled what was to be his first campaign event with presumptive Democratic nominee Hillary Clinton in the wake of the shooting at a gay nightclub that killed 49 and wounded dozens more. That event was scheduled for Wednesday.
The role of consoler-in-chief is not a new one for Obama, who has traveled to Newtown, Connecticut, Charleston, South Carolina, and among other places to meet with families who have lost loved ones to gun violence.
Obama has called the Orlando shooting an act of terrorism and an act of hate. He noted that the site of the shooting was more than a nightclub, calling it a place where people came to raise awareness, speak their minds and advocate for their civil rights.
Earlier Monday, Obama said the gunman was inspired by extremist information over the internet, calling it an apparent example of "homegrown extremism" that U.S. officials have been worrying about for years.
Obama, speaking in the Oval Office after meeting with the FBI director, said the attack appears similar to the shooting late last year in San Bernardino, California, though he added that "we don't yet know." Investigators in that attack determined the killers weren't directed from overseas but were at least partly inspired by the Islamic State group.
"At this stage, we see no clear evidence that he was directed externally," Obama said, referring to suggestions that the Islamic State group or other extremists had orchestrated the attack. "It does appear that at the last minute, he announced allegiance to ISIL," he said, using an acronym for the extremist group.
He said the probe was being treated as a terror investigation and said investigators were examining materials from the internet that the shooter may have consumed.
Obama said investigators are still looking into the motivations of the shooter and considering all possibilities. He said gays and lesbians are targeted by organizations like IS, al-Qaida and others because of their "vicious, bankrupt ideology" and their religious beliefs about homosexuality.
"The fact that it took place at a club frequented by the LGBT community I think is also relevant," Obama said.
Obama spoke after getting briefed on the investigation by FBI Director James Comey, Homeland Security Secretary Jeh Johnson and other officials.
Copyright 2016 The Associated Press. All rights reserved. This material may not be published, broadcast, rewritten or redistributed.