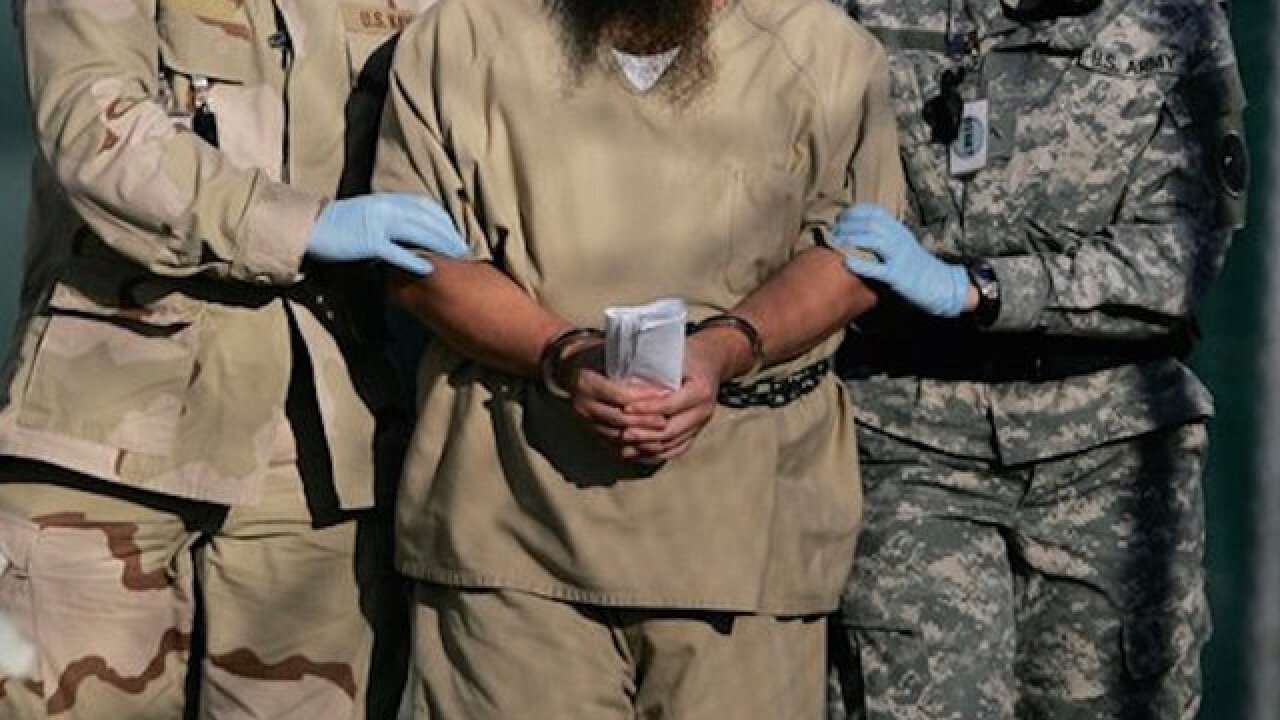 Brennan Linsley
<p>FILE - In this Dec. 6, 2006, file photo, reviewed by a U.S. Department of Defense official, a shackled detainee is transported away from his annual Administrative Review Board hearing with U.S. officials, in Camp Delta detention center at the Guantanamo Bay U.S. Naval Base in Cuba. In the last comprehensive review of prisoners held at Guantanamo Bay, the U.S. government decided nearly 50 were ìtoo dangerous to transfer but not feasible for prosecution,î leaving them in an open-ended legal limbo. Now in 2016, it seems many may not be so dangerous after all. (AP Photo/Brennan Llinsley, File)</p>

According to several news reports, President Barack Obama has notified congress that he plans to transfer out some of the prisoners being held in the Guantanamo Bay detention camp. The New York Times, which first reported the story, quoted officials saying the number was either 17 or 18.

Throughout his presidency, Obama has made the closing of Guantanamo a major goal. That didn’t happen, but he has reduced the prison’s population dramatically. Eight years ago, when Obama first took office, there were 242 detainees being held. Today, there are 59.

President-elect Donald Trump has vowed to grow the detainee population. Trump has said that he will keep it open and “load it up with some bad dudes.”

Miami Herald reporter Carol Rosenberg has been covering Guantanamo since 2002. The base’s military personnel have come and gone – so have hundreds of prisoners and so have presidents and politicians. But Rosenberg has stayed. Hear a conversation with the veteran reporter who’s outlasted soldiers, interrogators, and lawyers at Guantanamo.