Obama says Democrats lost by not showing up 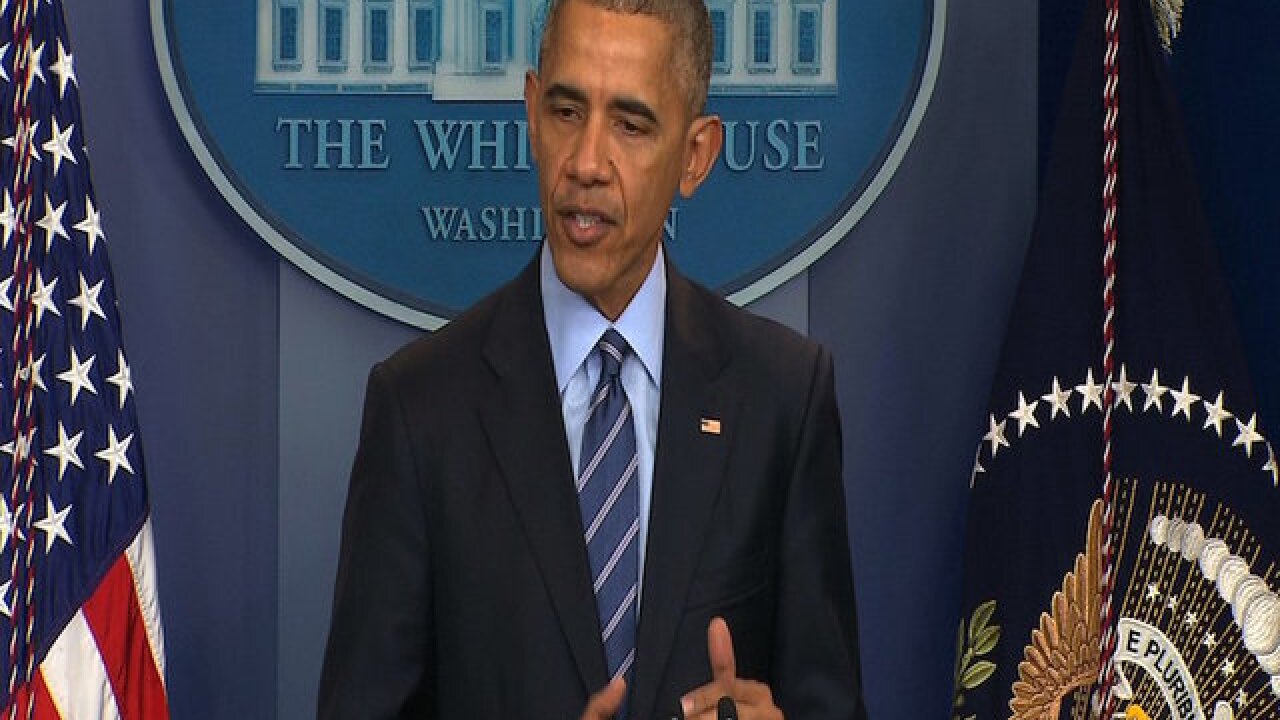 CNN
CNN
<p>President Barack Obama harshly accused the Syrian regime, along with Moscow and Tehran, with slaughtering civilians in Aleppo. &quot;We have seen a deliberate strategy of surrounding, besieging and starving innocent civilians,&quot; Obama said during a year-end news conference.</p>

Taking partial blame -- and withholding any direct criticism of Hillary Clinton -- Obama said candidates in the future should ignore at their own peril the places Democrats haven't traditionally performed well.

"You've got a situation where they're not only entire states but also big chunks of states where, if we're not showing up, if we're not in there making an argument, then we're going to lose," Obama told NPR. "And we can lose badly, and that's what happened in this election."

In the aftermath of November's election, some Democrats have accused Clinton of maintaining a relaxed campaign schedule, bypassing states like Wisconsin and Iowa where Obama won in 2012. Her wins were principally in urban areas and on the coasts, leaving the rust belt and the heartland mostly red.

Obama said Democrats hadn't made enough of an attempt to sway voters outside the nation's population centers. Persistent losses in statewide and local races only illustrate the party's structural conundrum, he said.

"There are clearly failures on our part to give people in rural areas or in exurban areas a sense day-to-day that we're fighting for them or connected to them," he told NPR's Steve Inskeep. "Part of the reason it's important to show up...is because it then builds trust and it gives you a better sense of how should you talk about issues in a way that feel salient and feel meaningful to people."

Obama campaigned exhaustively for Clinton in states like North Carolina, Florida, Ohio, and Pennsylvania, travel that officials said was dictated by Clinton headquarters and not the White House. In the final stretch, Obama argued for making a stop in Iowa, a state where he campaigned actively during his own bids for office. But Clinton's team nixed the idea, dispatching him instead to battlegrounds they felt were more in play.

In the NPR interview, Obama said Democrats had "ceded too much territory" and took some blame for ignoring political strategy during his early days in office.

"More work would have needed to be done to just build up that structure," he said. "One of the big suggestions that I have for Democrats as I leave, and something that I have some ideas about is, how do we do more of that ground-up building?"

Obama said he would work with the party once he leaves office to develop those changes, offering advice and scouting talented young politicians to champion and promote.

In interviews and press conferences, Obama has now offered extensive thoughts on how Clinton lost in last month's election, suggesting a mix of electoral miscalculation, Russian meddling, and media mistreatment.

Trump knew that Russia was seeking to harm his opponent, Obama argued, though stopped short of accusing the Republican of colluding with Moscow.

"That the CIA is now assessing, which was it was done purposefully to tilt the election in the direction of a particular candidate, shouldn't be a surprise to anybody. And in fact isn't a surprise to anybody," Obama said. Later he clarified that US intelligence officials are still working to determine a definitive motive for Russian hackers.

He said in the interview that Clinton's policy and diplomatic experience was lost in a sensationalistic political environment -- fueled, he said, by information gleaned from Russian hacks.

"In that scrum, in that swirl, you know, Donald Trump and his celebrity and his ability to garner attention and obviously tap into a lot of the anxieties and fears that some voters have, I think, definitely made a difference," he said.