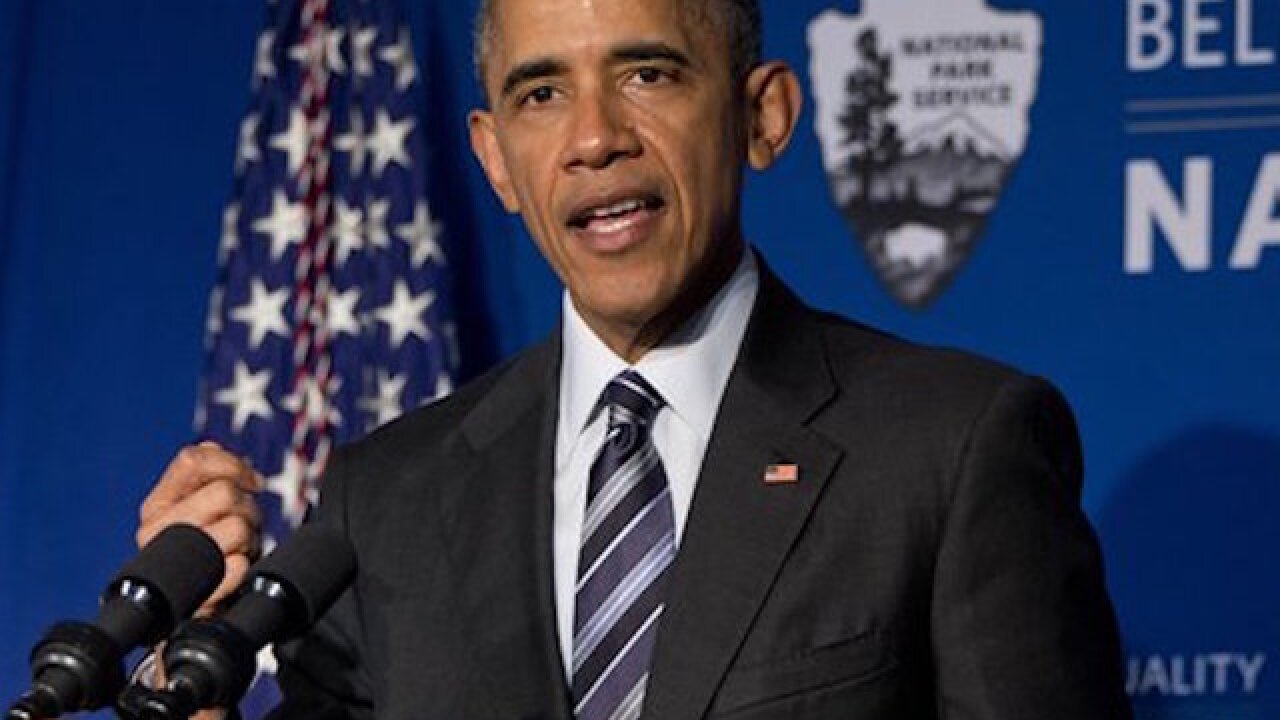 Copyright 2018 Scripps Media, Inc. All rights reserved. This material may not be published, broadcast, rewritten, or redistributed.
Jacquelyn Martin
President Barack Obama speaks at the newly designated Belmont-Paul Womenís Equality National Monument, formerly known as the Sewall-Belmont House and Museum, on National Equal Pay Day, Tuesday, April 12, 2016, in Washington. The museum says the house was erected more than 200 years ago. The National Woman's Party bought the house in 1929 and uses it as its headquarters, advocating for equality and full political representation for women. (AP Photo/Jacquelyn Martin)

WASHINGTON (AP) — President Barack Obama threw his weight Friday behind an effort to give consumers more choice when it comes to the cable boxes that control which television channels they watch.

Obama described it as a model for expanding competition in other areas, including financial services.

"The potential here is for cheaper, more effective services that are provided," Obama said in an interview with Yahoo. "Across the board, if we have more players that can potentially participate, fewer barriers to entry, the rules aren't rigged, then you get more people trying to get your business and you get better products at cheaper prices."

Jason Furman, who advises the president on economic policy, said the administration sparingly weighs in on FCC rulemaking. When the president gets involved, Furman said, the issue is of "real great importance in his mind to consumers, to competition and to the economy more broadly."

FCC Chairman Tom Wheeler has said that U.S. consumers typically pay $231 a year to rent their cable boxes. According to one analysis, their costs have nearly tripled since 1994, while the cost of computers, televisions and mobile phones has fallen sharply.

"Like the 1980s with telephones, that's a symptom of a market that is cordoned off from competition. And that's got to change," Furman and fellow economic adviser Jeff Zients wrote.

An industry group made up of cable companies has said the FCC's proposal could lead to higher prices, "eliminates security protections, and provides no reassurance on privacy rights." The group also noted that many consumers are already watching cable using different kinds of apps and devices.

Obama also signed an executive order calling on federal agencies to explore areas in which they could promote more competition. The agencies will be required to report back with their findings in 60 days. The White House called the cable box issue a "mascot" for the broader initiative.