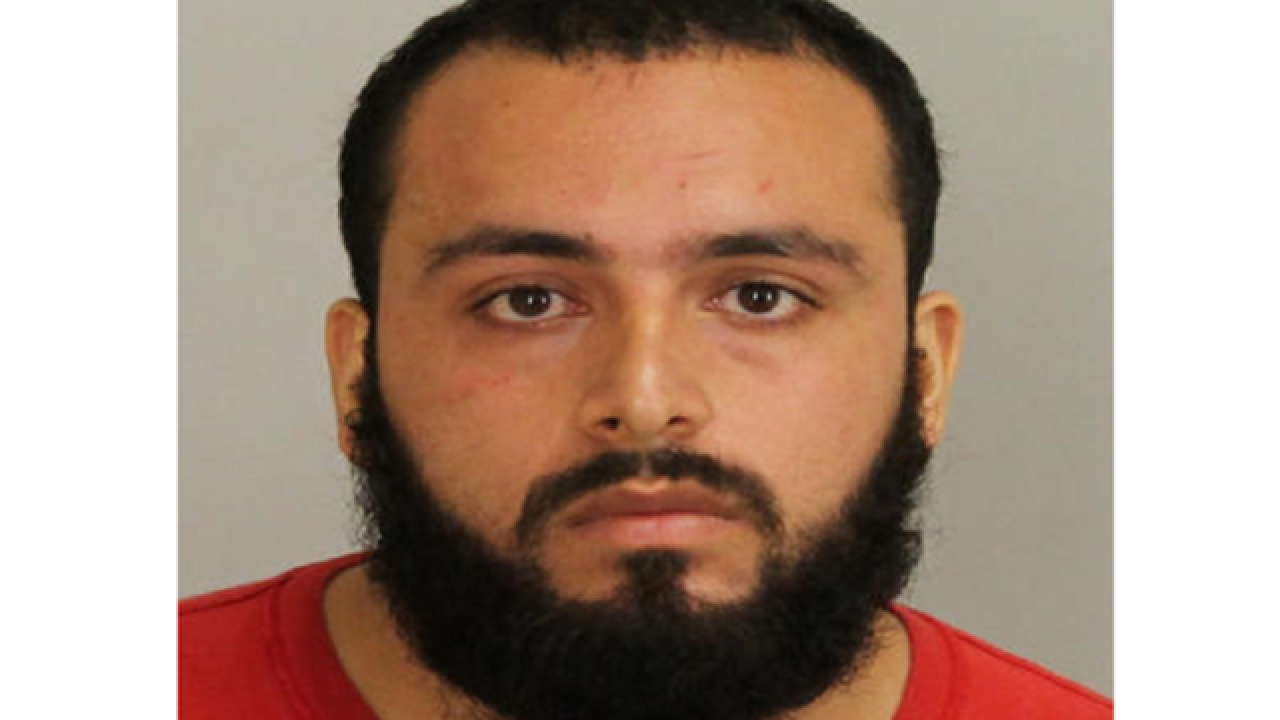 By: Associated Press
Posted at 9:55 PM, Sep 21, 2016
WASHINGTON (AP) — The federal charges portraying Manhattan bombing suspect Ahmad Khan Rahami as a man bent on murderous destruction set the stage for the most anticipated terror prosecution since the Boston Marathon bombing.
As separate cases wind through federal courts in New Jersey and New York, prosecutors are sure to reveal more about the bombings that injured 31 people and the evidence that led to Rahami's capture early Monday morning after a shootout with police. A courtroom airing of those allegations is likely to conjure memories of the attempted Times Square bombing in 2010 and the Boston explosion three years later — unusual incidents in which a defendant was captured alive after an attack was attempted or carried out.
This latest prosecution is in keeping with the Justice Department's commitment to use America's civilian court system for terrorism cases.
Though the Obama administration — facing stiff opposition — abandoned its 2009 plan to transfer some Guantanamo Bay detainees to Manhattan federal court for trial, the Justice Department has since cited a series of high-profile successes — including one in New York against the son-in-law of Osama bin Laden — as proof that the U.S. criminal justice system can secure swift convictions and harsh punishment against terrorism defendants. The military tribunal system, meanwhile, has been snarled by delay.
"No one can point to any example of a civilian criminal prosecution where any of the issues we were worried about actually manifested," including attacks on a trial or inappropriate disclosures of national security information, said Stephen Vladeck, a national security law professor at the University of Texas.
"All of the concerns that have been raised, I think, are belied by the record," he added.
There have been political suggestions, including from Republican presidential nominee Donald Trump, that terror suspects like Rahami be treated as enemy combatants, which would deny them certain constitutional rights.
But there's extremely limited and unsettled precedent legal for doing that when a suspect is captured on U.S. soil. One 2002 instance involved Jose Padilla, a U.S. citizen who was first held as an enemy combatant before being prosecuted and convicted in federal court. And the Obama administration has time and again expressed its support for the civilian criminal justice system.
"There are lots of different ways for the government to throw the book at Rahami in civilian court," Vladeck said. "Our post 9/11-criminal counterterrorism regime is not soft."
Rahami has been hospitalized since his arrest in Linden, New Jersey. He had not spoken with investigators as of Tuesday evening.
Some, Republicans in particular, have complained that warnings against self-incrimination interfere with intelligence gathering during the interview process. But the Justice Department permits agents to question suspects and use their statements, without first advising them of their right to remain silent, when there's an immediate concern for public safety — an exception invoked in some past terror investigations.
Randall Jackson, a former federal prosecutor who worked on the case against the Times Square bomber and now is in private practice, said investigators are surely hoping Rahami will talk.
"It's safe to say that in any investigation like this where you're dealing with an apprehended suspect of this type, every effort will be made to obtain all the useful information you could possibly obtain from that person," he said.
Though federal charges were lodged against Rahami Tuesday in criminal complaints in New Jersey and New York, U.S. Attorney Preet Bharara, the top federal prosecutor in Manhattan, said Wednesday his office had already arranged for U.S. marshals to bring Rahami to New York for trial.
"We have a good track record of getting it done properly," Bharara said.
The complaints filed Tuesday were placeholders for more formal grand jury indictments in coming months that may lay out additional details and charges.
If he chooses to face trial, Rahami will follow a notorious roster of men enamored with militant Islamic teachings brought to a Manhattan courthouse blocks from the World Trade Center.
They include six of the men who bombed the trade center in 1993, killing six people and injuring more than 1,000 others, and 10 others convicted in 1998 bombings that killed 224 people, including a dozen Americans, at U.S. embassies in Kenya and Tanzania. The courthouse has also hosted numerous other terrorism trials, including those stemming from failed plots to bomb New York City landmarks in 1993 and bring down a dozen U.S. jets over the Far East in 1995.
The current complaints allude to laudatory references in Rahami's notebook for Fort Hood shooter Nidal Hasan and for Anwar al-Awlaki, the American-born cleric killed in a 2011 drone strike.
Prosecutors pressed terrorism-related charges against Rahami, including weapons of mass destruction counts, but the complaints do not tie him to any particular terror group.
"You don't need to talk about terrorism in most of these prosecutions," said David Deitch, a former federal counterterror prosecutor. "If this guy planted bombs, he committed a crime regardless of what his motive was."
Bharara left no doubt about how prosecutors view the case. The evidence, he said, will "show this was a premeditated act of terror."
Copyright 2016 The Associated Press. All rights reserved. This material may not be published, broadcast, rewritten or redistributed.