Northeast hunkers down for another blizzard 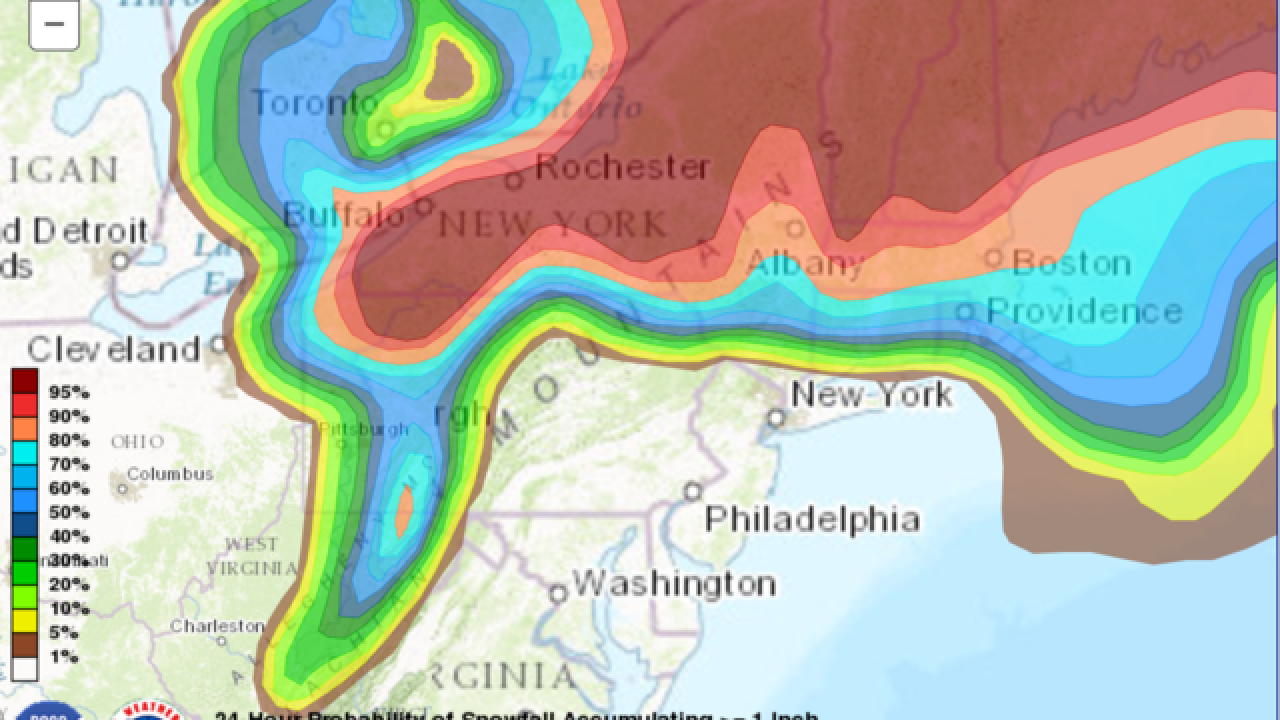 New England is getting pummeled with yet another blizzard, the latest salvo in what has already been an unrelenting winter in the Northeast.

The National Weather Service issued a winter storm warning Sunday for a large swath of the region, including portions of New York state, Connecticut, Vermont, New Hampshire, Massachusetts and Maine -- an area that's home to more than 15 million people.

The agency warned that Portland, Maine, could see as much as 26 inches of snow.

"That's the bullseye," said CNN meteorologist Allison Chinchar, who added that the snow, which began falling Sunday afternoon, would continue into Monday.

In Boston, about 100 miles south, the city braced for as much as 16 inches of snow from Sunday into Monday -- with some suburbs along the north shore expecting up to 19 -- creating a potentially dangerous morning commute.

"The snow will be heavy and wet, and winds high, so power outages and downed trees are a concern," said CNN meteorologist Julie Martin. "It is likely schools will be canceled again."

Boston has already gotten almost 31 inches of snow this winter, so if the weather service's prediction is accurate the city will soon surpass its annual average of 43.8 inches for the entire year, according to Chinchar. "And it's only February," she added.

Still, it would take quite a bit more punishing by Mother Nature to match the record-shattering 110.6 inches of snow that crippled Boston in the winter of 2014-2015. That snowfall was so vast that an enormous pile of the white stuff lingered until July before finally melting.

"I'm not sure we will get to that magnitude," Chinchar said, "but we will certainly be well above average to finish this winter season."

Across the Northeast, residents this winter have experienced a rare weather phenomenon known as "thundersnow," when thunder and lighting occur as snow is reaching the ground.

For this to happen the air layer closer to the ground must be warmer than the layers above but still cold enough to create snow, meteorologists explain. It is fairly rare, because ground temperatures in the winter are usually too cold.

Also, it's likely that this storm system could undergo another weather anomaly called "bombogenesis."

"This happens when there is a large difference between a cold air mass and warm sea surface temps. High winds are a product of this and intense precipitation -- even blizzards," Martin said.

Snowfall will become heavier as the storm moves farther southeast from Maine to Massachusetts and Rhode Island, intensifying near Cape Cod on Monday morning, the National Weather Service said. Wind gusts of 65 miles per hour or more are expected for the coastal region.

On Cape Cod, a blizzard watch is in effect until Monday as temperatures drop below freezing.

In New York City, no snow is expected Monday, but "gusty winds over 40 mph could lead to a lot of travel troubles to start the work week," Martin said.

The storm is expected to move out by Monday night.

The West Coast continues to grapple with rapid snow melt and heavy rains in the Sierra Mountains, which led to flooding in parts of Nevada and Southern California last week.

In Northern California, rainfall totals have reached record highs in the Bay Area. The National Weather Service has called this the wettest winter season there in more than 100 years.