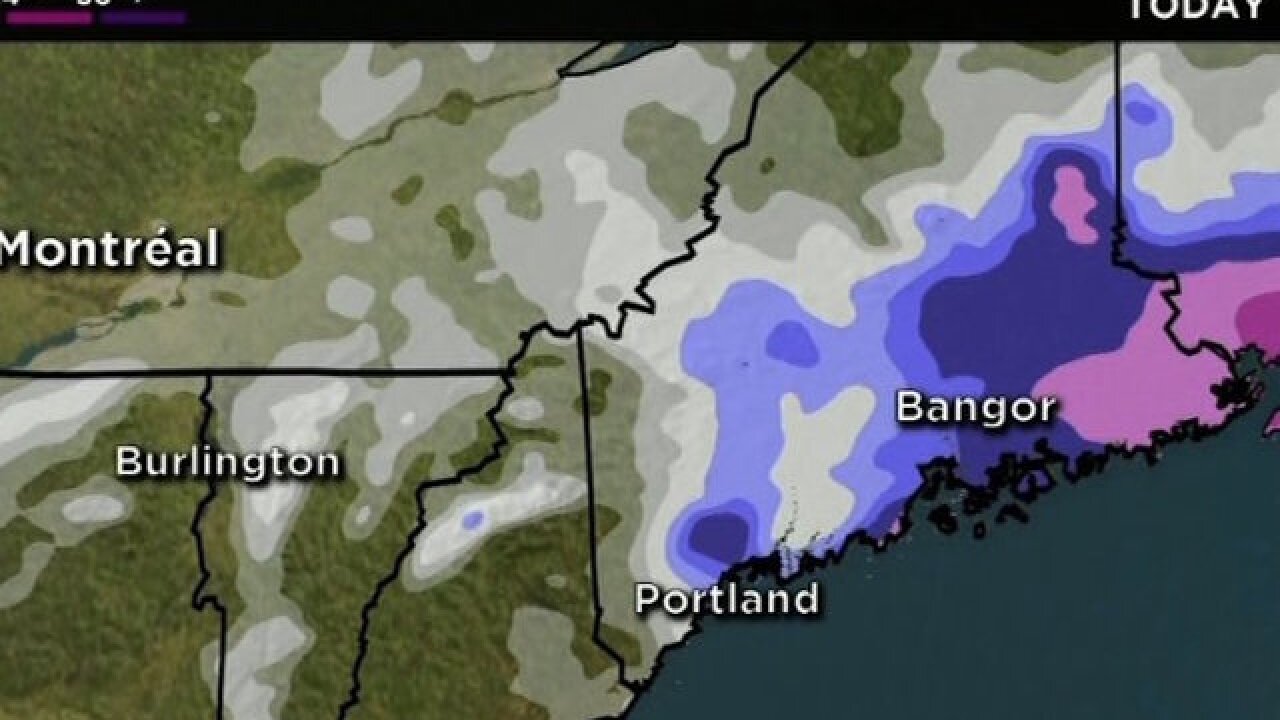 (CNN) -- New England drivers could be in for a dangerous Monday morning commute as a slushy mix of sleet, snow and freezing rain coats the roads ahead of yet another blizzard, officials said.

In anticipation of the winter storm, Portland International Jetport in Portland, Maine, canceled all flights for 24 hours, from Sunday at 8 p.m. to Monday at 8 p.m.

As a coastal front intensifies, freezing temperatures, cooler air and more snow are expected for Connecticut up through Maine until Tuesday evening, meteorologists said.

In Maine, 345,000 people remain under a blizzard warning through Tuesday morning, the agency warns.

Wind gusts of up to 55 mph through Monday evening could cause power outages from downed trees, officials said.

Conditions will begin to improve for Boston as the storm moves up the coastline towards Portland by Monday evening.

The West Coast continues to grapple with rapid snow melt and heavy rains in the Sierra mountains, which led to flooding in parts of Nevada and Southern California last week.

In Northern California, recent rainfall totals have reached record highs in the Bay Area. The National Weather Service has called this the wettest winter season there in more than 100 years.

The service issued a flood warning Monday for Northern California for residents of Redding down through Modesto.

To help disperse the water build-up in the area, officials opened the Oroville Dam's the emergency spillway for the first time Sunday.

The Oroville Dam is the tallest dam in the United States.

Alarm bells went off after authorities found a hole in the dam's spillway.

Nearly 200,000 residents living downstream from the dam were forced to evacuate their homes Sunday.

A plan is currently in place to employ helicopters to drop rocks into a crevice atop the erosion, which would plug the hole.

Thankfully, the area will remain dry throughout the week until the next storm system begins to move out of the Pacific on Thursday, meteorologists said.