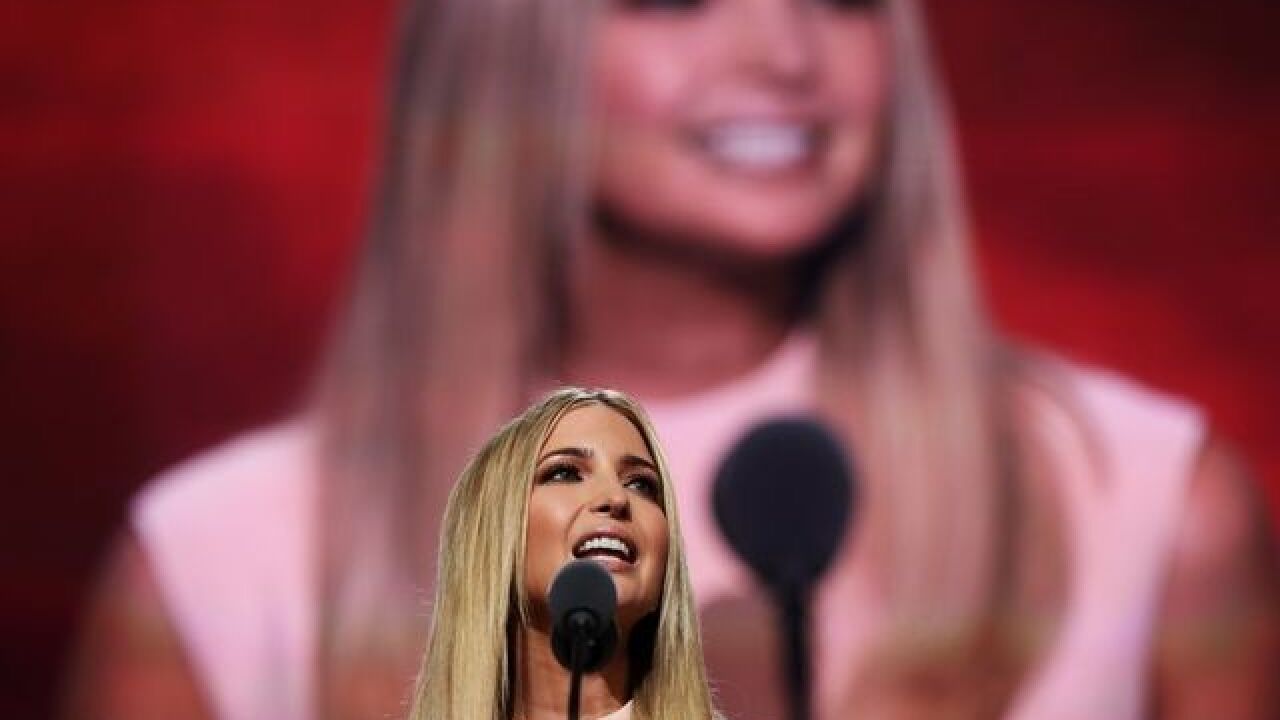 By: CNN
Posted at 8:31 PM, Feb 02, 2017
WASHINGTON (CNNMoney) -- Luxury department store Nordstrom isn't purchasing products from the Ivanka Trump brand this Fall, the company said Thursday, citing the first daughter's eponymous brand's performance.
"We've said all along we make buying decisions based on performance. We've got thousands of brands -- more than 2,000 offered on the site alone. Reviewing their merit and making edits is part of the regular rhythm of our business," a Nordstrom spokeswoman said. "Each year we cut about 10% and refresh our assortment with about the same amount. In this case, based on the brand's performance we've decided not to buy it for this season."
The shift was first reported by Bloomberg.
A spokesperson for the Ivanka Trump brand noted that Nordstrom had already purchased Spring season apparel from the brand, noting that Nordstrom is reallocating inventory into its physical stores.
"The strong relationship between Nordstrom and the Ivanka Trump brand was instrumental in the evolution of the brand when it was one category and the brand has since expanded to multiple categories," the spokesperson said.
Nordstrom's website still has a few coats and pairs of shoes from the Ivanka Trump brand available on its website.
Nordstrom took steps to defend its relationship with the Ivanka Trump brand days before Trump was elected, responding on Twitter to a customer who wrote a letter urging the brand to reconsider the company's ties to the brand.
"We hope that offering a vendor's products isn't misunderstood as us taking a political position; we're not," the Nordstrom account tweeted.
Ivanka Trump took steps to separate her personal social media accounts from her namesake brand in November, and stepped away from the management and operations of her business in January.
She does not have a formal role in her father's administration, but has been spotted in the West Wing, and accompanied her father on a solemn trip to Delaware Wednesday evening to pay respects to the family of a slain service member.
"I plan to take time to settle our three young children into their new home and schools," she wrote in a Facebook post last month, adding that she is working to determine "the most impactful and appropriate ways for me to serve our country."
The-CNN-Wire
™ & © 2017 Cable News Network, Inc., a Time Warner Company. All rights reserved.
Copyright 2017 Scripps Media, Inc. All rights reserved. This material may not be published, broadcast, rewritten, or redistributed.