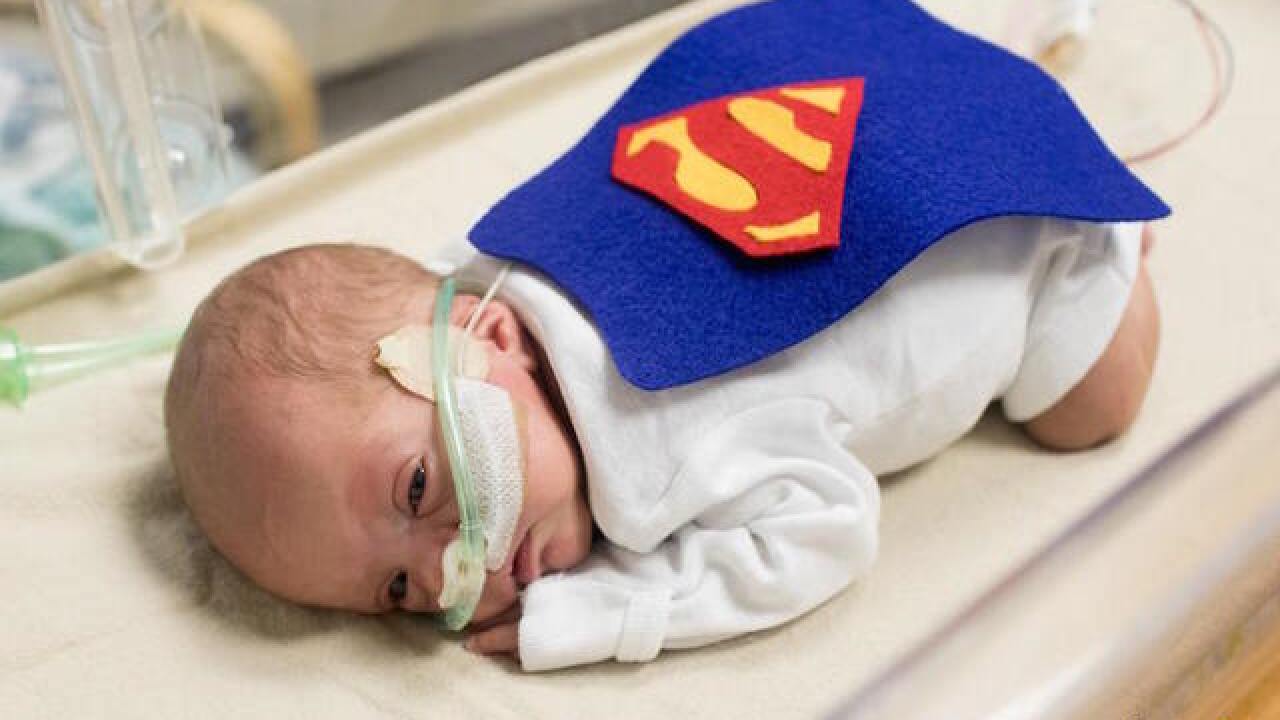 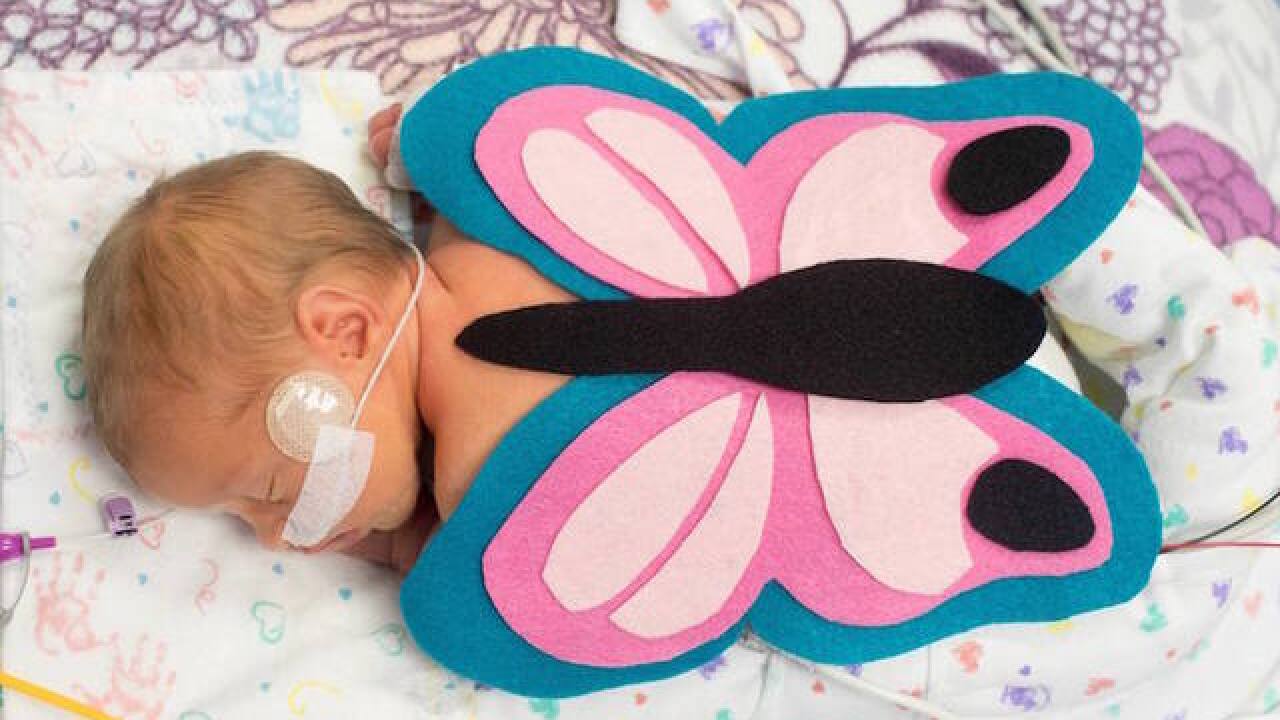 These pictures are easily worth about a million words.

Babies at a Missouri hospital were given tiny, handmade Halloween costumes by March of Dimes volunteers this week and the images of them are priceless.

The infants are patients in the neonatal intensive care unit at St. Luke's Hospital in Kansas City and they were photographed by Emmalee Schaumburg, who shared her pictures on Facebook.

Some of the babies were dressed as superheroes. One wore a Batman cape, another a Superman cape and another was covered by Captain America's shield. Another baby was dressed as a butterfly as it slept.

According to ABC News , the babies' parents were able to choose the costumes based on their child's personality. "The idea is to be able to allow parents to have a sense of normalcy," a St. Luke's spokesman told ABC News.

See some of Schaumburg's photos below.