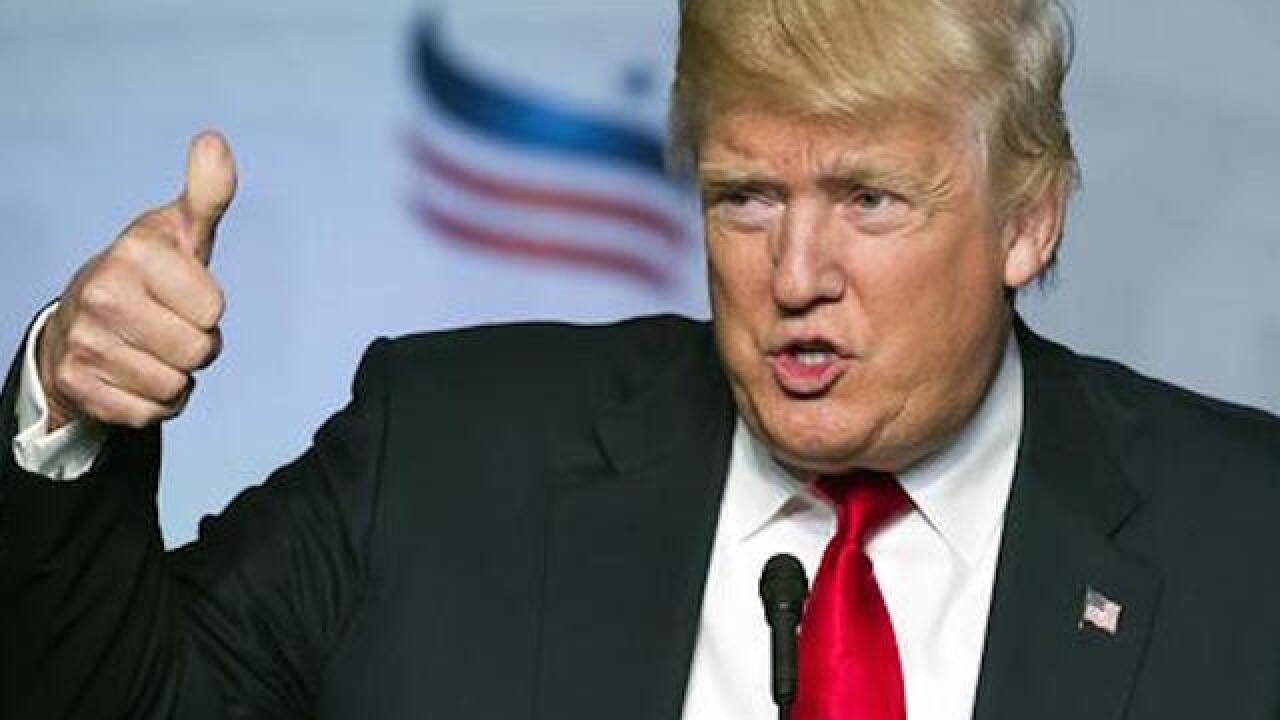 WASHINGTON (AP) — The NFL and the Commission on Presidential Debates rejected Republican Donald Trump's claim that Democrats rigged the debate schedule so that two of the three debates would occur during football games.

In a statement released Sunday, the commission said it started working more than 18 months ago to identify all religious and federal holidays as well as baseball and football games and other major events. The commission said it was "impossible" to avoid all sporting events.

"As a point of reference, in a four-year period, there are four general election debates (three presidential and one vice presidential), and approximately 1,000 NFL games," the group wrote.

On Friday, Trump accused Hillary Clinton of "trying to rig" the schedule. "Unacceptable!" he wrote. In an interview Sunday on ABC's "This Week," Trump said he got a letter from the NFL calling the conflict "ridiculous."

NFL spokesman Brian McCarthy tweeted on Saturday: "While we'd obviously wish the Debate Commission could find another night, we did not send a letter to Mr Trump."

A Trump aide said Saturday that the Republican candidate "was made aware of the conflicting dates by a source close to the league." The aide was not authorized to speak by name and requested anonymity.

The nonpartisan, independent presidential debate commission said it never consulted with either political party in setting the dates, announced last September. The group serves as event sponsor and sets the participation criteria, dates, sites and formats.

The Democratic Party was criticized during the primary race for scheduling debates between Clinton and Sen. Bernie Sanders on Saturday nights and holiday weekends, times when viewership is low. The Sanders campaign suggested that was an effort to limit the size of the audience.

Trump told ABC that Clinton wants to debate "like she did with Bernie Sanders, where they were on Saturday nights when nobody's home."

The Clinton campaign did not comment on Trump's assertions.