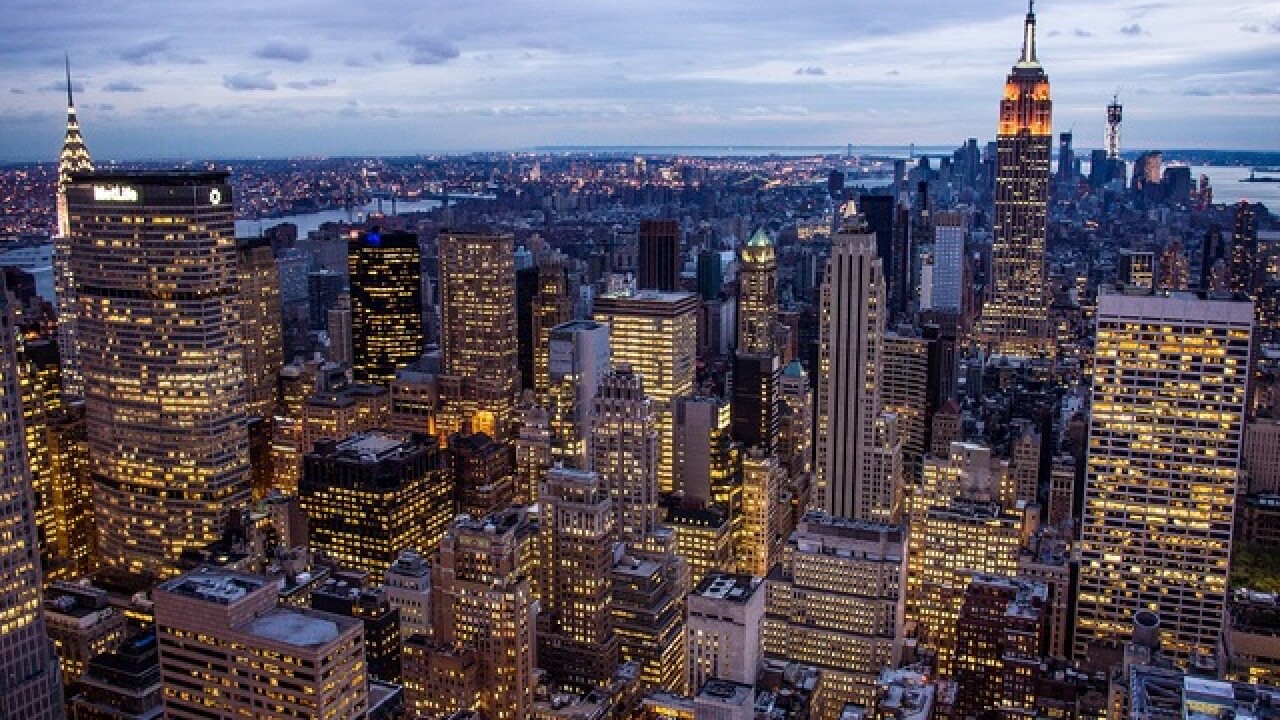 Copyright 2017 Scripps Media, Inc. All rights reserved. This material may not be published, broadcast, rewritten, or redistributed.
Afton Almaraz

By: CNN
Posted at 5:15 PM, Jan 04, 2017
NEW YORK (CNN) -- New York City just had its safest year on record.
That was the message on Wednesday as police leaders and the city's mayor gathered to tout year-end statistics, which tallied the lowest number of crimes reported since the NYPD started keeping such data.
It's a message that contrasts sharply with America's Second City, Chicago, which earlier this week reported its bloodiest year in nearly two decades. And it's why Chicago's top cop visited New York last month, NYPD Commissioner James O'Neill said.
"We told them what we were doing," O'Neill said at a news conference in Brooklyn. "We're identifying the people in the communities -- and it's a very small percentage of the people -- involved in the violence and we're using all of our resources toward that end. That's what we're doing right."
Precision policing, as law enforcement calls the method, combined with an emphasis on community interaction, brought the city its success, officials said.
The force saw 2,000 officers added over the past two years, the largest increase in 15 years, officials said.
The 2016 numbers, provided by the NYPD, are superlative: 998 shooting incidents, the smallest annual number in modern history and 12% less than the year before; 335 murders reported, a nearly 5% decrease from 2015; and 15,498 robberies, down nearly 9%.
"The fewest ever robberies in New York City. You can clap for that one, too," Mayor Bill de Blasio said.
"For decades and decades when people thought, sadly, of crime and cities, they thought of New York City," de Blasio said. "A big tough city proved, we proved, that you can turn crime around."
The year-end crime statistics news conference was held at the Brooklyn Museum, where police had set up a display of photographs contrasting a 1980s and 90s New York -- subway cars bearing graffiti and tent camps in Central Park -- with clean, color photos of today.
The new poster child for American crime, Chicago, on Sunday made a grim announcement: 762 murders in 2016.
It's the highest figure for the city since 1997, and an increase of 50% from last year.
While the surge in violence in that city is rooted in its own, specific problems, including an influx of illegal weapons and a strained community-police relationship, the principals that brought the NYPD success "can be universally applied," O'Neill said.
"The way we do business here has evolved over the years and by focusing our resources on the people that not only do we identify but the community identifies as being involved in the violence, I think that's how we can continue to push crime down and that's how other cities can do it too," O'Neill said.
The-CNN-Wire
™ & © 2017 Cable News Network, Inc., a Time Warner Company. All rights reserved.
Copyright 2017 Scripps Media, Inc. All rights reserved. This material may not be published, broadcast, rewritten, or redistributed.