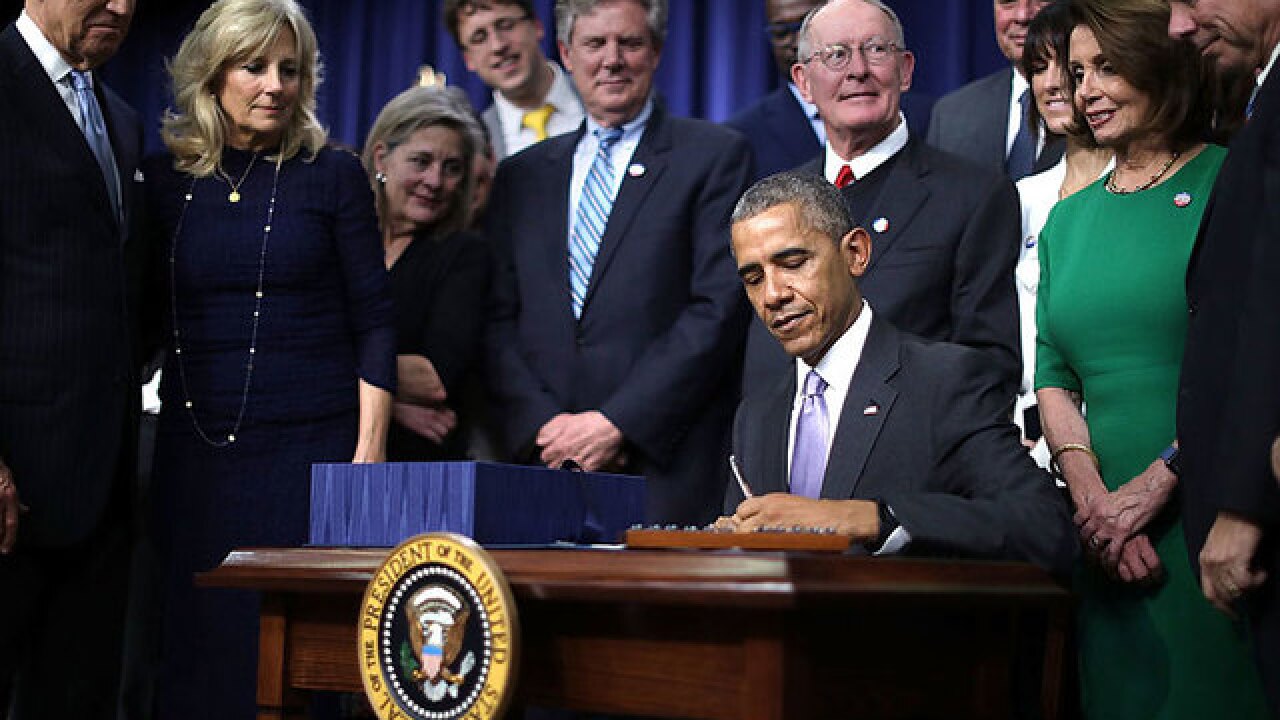 The 21st Century Cures Act commits billions of dollars for cancer research and to help fight the opioid epidemic, but it also includes reforms to expand mental health treatment, ensure coverage by insurance companies and increase the number of mental health providers throughout the country.

The legislation, which passed with broad support from both parties, also aims to address hospital boarding, a problem revealed in an October Scripps News investigation that highlighted children in a mental health crisis having to wait hours, days or even weeks for a mental health bed to become available.

“This is a moment of hope for all the families who have long lived in the shadows, caring for a loved one with serious mental illness,” said Rep. Tim Murphy, R-Pa., who has pushed for the reforms since 2012. “This is a time of great encouragement for all the patients who have been left out of America’s healthcare system.”

Part of the 21st Century Cures Act includes measures directed at children, including early intervention grants to treat young people before they require treatment in an emergency room.

It clarifies existing law to extend government loan forgiveness programs to child and adolescent psychiatrists working in underserved communities — a provision designed to address the shortage of 20,000 providers nationwide.

The legislation also expands grants for bed databases. This will allow facilities to report in real-time the number of beds they have available so that families waiting in ERs in another hospital can be routed to the nearest open bed.

“Although we didn’t get everything we needed, we needed everything we did get,” Murphy said earlier this month after the House version of the bill passed.

Murphy’s original legislation called for the expansion of patient privacy rights to allow for more communication between doctors and family members or caregivers, but it was stripped from the bill that President Obama signed.

Last week, Rep. Derek Kilmer, D-Wash., introduced a separate bill that would provide government loans to help build psychiatric treatment facilities in areas of need.  While it’s unlikely to be taken up this year, Kilmer said he plans to reintroduce the legislation next year, which would secure approximately $100 million in loans for fiscal year 2017.

“These facilities aren’t the easiest things to build in the world, and they’re expensive, and communities just can’t do it on their own,” Kilmer said.  “There’s a very substantial, unmet need.”

The loan program would apply to mental health facilities for all patients, not just children.