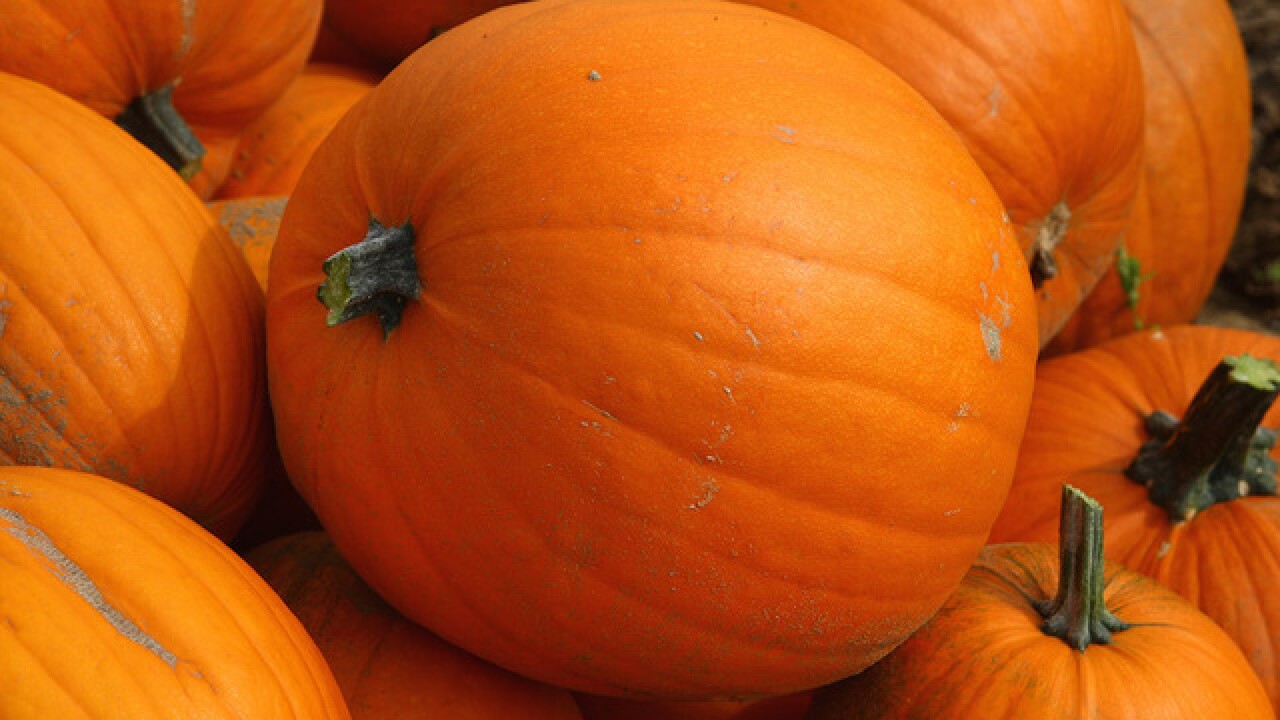 Copyright Getty Images
Andreas Rentz
<p>Pumpkins are seen on a field on September 3, 2008 in Elsholz near Berlin, Germany. </p>

The footage shows four people carrying the pumpkins to a van. Kuehm says the van can be seen pulling up to the farm stand three different times to steal the pumpkins.

Kuehm estimates the crop was worth more than $2,000.

He says the farm stand has been operating there for more than 120 years.

The family is offering a $1,000 reward for information leading to an arrest.