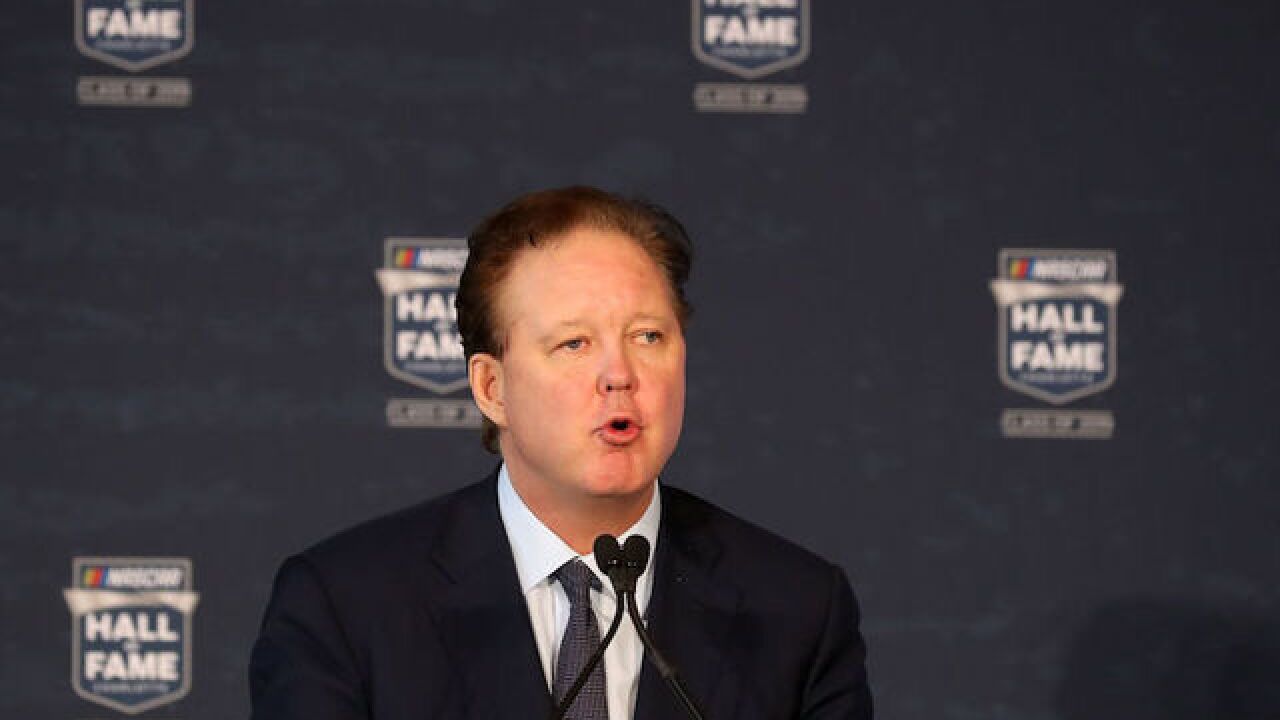 Image copyright 2018 Getty Images. All rights reserved. This material may not be published, broadcast, rewritten, or redistributed.
Streeter Lecka
<p>NASCAR Chief Executive Officer and Chairman, Brian France, speaks during the NACAR Hall of Fame Voting Day at NASCAR Hall of Fame on May 23, 2018 in Charlotte, North Carolina. </p>

NASCAR CEO Brian Z. France was arrested for aggravated driving while intoxicated and possession of a controlled substance on Sunday night, the Sag Harbor Village Police in New York said.

France, the leader of the auto-racing sports governing body, was driving a 2017 Lexus on Main Street at 7:30 p.m. and ran a stop sign, police said. During a traffic stop, it was determined he was operating the vehicle while intoxicated, police said.

Police also said he was in possession of oxycodone pills. He was arrested and held overnight, police said. France was arraigned at Sag Harbor Village Justice Court on Monday morning and then was released on his own recognizance.

"We are aware of an incident that occurred last night and are in the process of gathering information," NASCAR said. "We take this as a serious matter and will issue a statement after we have all of the facts."

NASCAR was created by William H.G. France, a stock car driver and gas station owner, in 1947 and has stayed in the France family's name. Brian France, the founder's grandson, was named NASCAR's chairman of the board and CEO in September 2003.