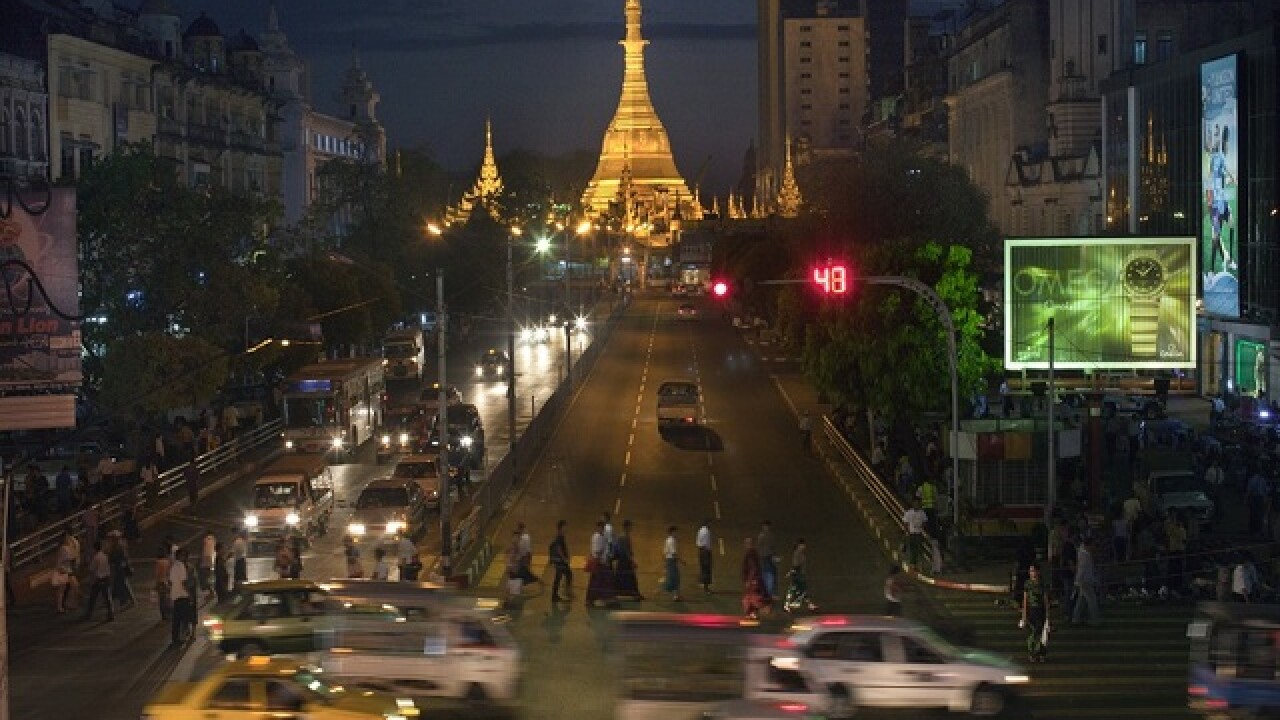 Copyright 2017 Scripps Media, Inc. All rights reserved. This material may not be published, broadcast, rewritten, or redistributed.
Paula Bronstein

HONG KONG (CNN) -- A government legal adviser to Aung San Suu Kyi's government and prominent voice for religious harmony in Myanmar was killed by a lone gunman Sunday afternoon, state-run MRTV reported.
U Ko Ni, a Supreme Court Advocate, was shot in the head at point-blank range outside Yangon International Airport. He was rushed to Yangon Hospital and did not regain consciousness.
Police at the scene detained a suspect, later identifying him as a 52-year-old man from the city of Mandalay. Pictures show U Ko Ni moments before the trigger was pulled, cradling a young child as he entered a taxi.
A member of Southeast Asian country's Muslim minority, U Ko Ni was returning from a state-sponsored trip to Indonesia. He had taken part in a panel discussion about religious violence in the Myanmar's Rakhine State.
Some 65,000 Rohingya Muslims have been forced out of Myanmar and into Bangladesh since October, when military "clearance operations" began to root out suspected terrorists within the 1 million strong stateless group.
"Not only those responsible for death of U Ko Ni brought to justice but all those killing, torturing, raping innocent people in #Myanmar!," tweeted Yanghee Lee, the United Nations special rapporteur on the situation of Human Rights in Myanmar.
U Ko Ni "always talked about the truth, someone who stood as hard as a stone for our country," wrote Esther Htusan, Associated Press reporter and Myanmar's first Pulitzer Prize winner, in a social media post. "Nothing makes me sadder."
Police have not given a possible motive.
But U Ko Ni had been outspoken regarding the rise of Buddhist nationalism within Myanmar, where violent flashpoints have seen Muslims lynched over the past several years. U Ko Ni's political advocacy predated the lifting of military rule in Myanmar in 2010 and he was a prominent critic of the army's containing political role in the country.
No comment has come from the National League for Democracy party, which swept to power in 2015 with a landslide election victory.
The-CNN-Wire
™ & © 2017 Cable News Network, Inc., a Time Warner Company. All rights reserved.
Copyright 2017 Scripps Media, Inc. All rights reserved. This material may not be published, broadcast, rewritten, or redistributed.