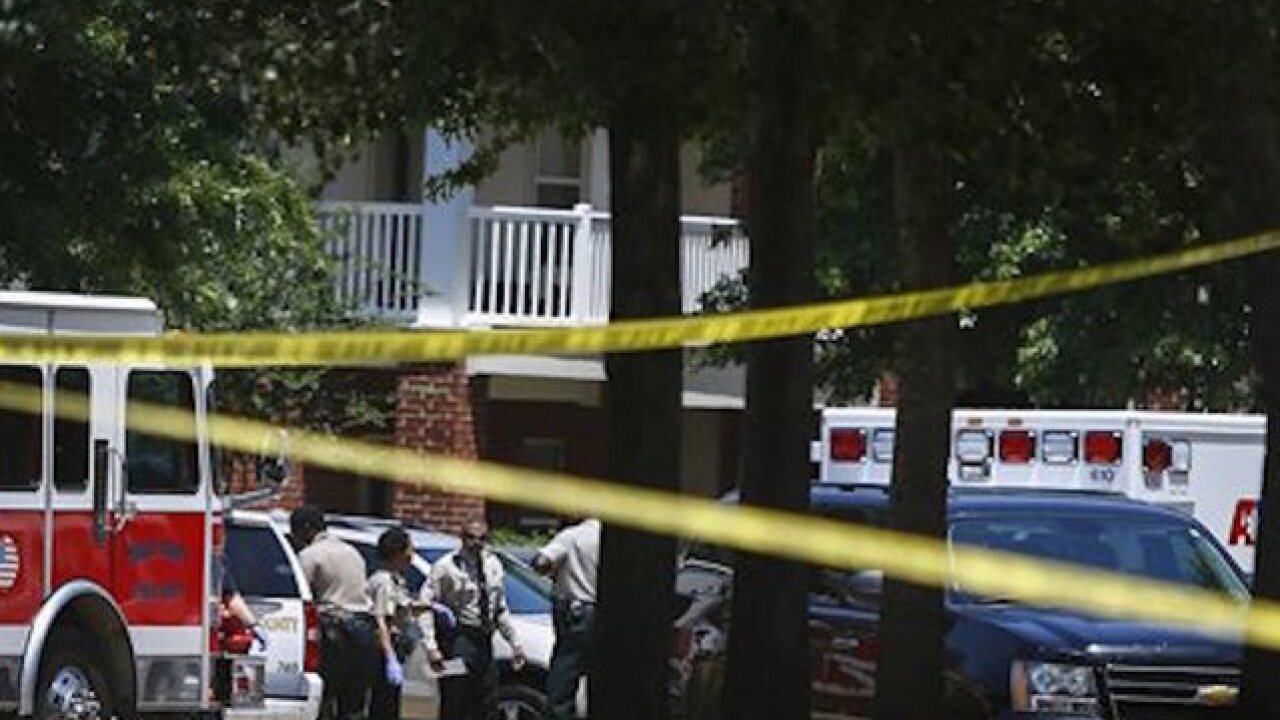 MEMPHIS, Tenn. (AP) —  The mother of four children who authorities say were fatally stabbed in a suburban Memphis apartment complex has been charged in their deaths.

Deputies were called to the complex in unincorporated Shelby County shortly before 1 p.m. Friday. They took the mother into custody after finding the children's bodies. Officials have not released the ages of the children, but sheriff's office spokesman Earle Farrell said deputies responding to the scene called them "babies."

Authorities are planning a news conference later Saturday morning to update the public.

Shelby County Sheriff Bill Oldham said Friday that investigators did not know if she had mental health issues.

"This is an egregious act of evil that has shocked us to our core," Oldham said. "I will never understand how anyone can do this."

Oldham said the district attorney general's special victims' unit has been called in and Shelby County Mayor Mark Luttrell has promised all resources necessary for the investigation.

"One of the most difficult questions in any investigation is always, 'Why did this happen?'" the sheriff said.

County Commissioner Mark Billingsley also said the county would work to help the family of the children recover.

"It's just a very sad day," he said. "It's really beyond words, quite frankly."

Neighbor Sean Ahearn said he didn't know the family by name, but that he often saw the children, who all appeared to be under age 6, playing in the front yard. They liked to pet his dog when he was taking it for a walk, he said.

"From what I saw, they were very open and friendly kids," he said. "You never imagine that this kind of thing could happen."

The apartment where the stabbing occurred is in a gated community with a golf course called The Greens at Irene. On Friday afternoon, deputies were standing at the gate house questioning motorists as they drove into the neighborhood.

Resident Patricia Johnson spoke with reporters from her car. She said she wasn't allowed to leave for two hours as deputies investigated the scene.

She has a child, and said she burst into tears when she heard about the killings.

"I can't fathom that," she said. "What would babies do to make you do that?"

The state Department of Children's Service has offered its assistance to local law enforcement, but has no record of interaction with the slain children, said spokesman Rob Johnson.

"We've done an exhaustive search and we are not aware of any contact with this family," he said.