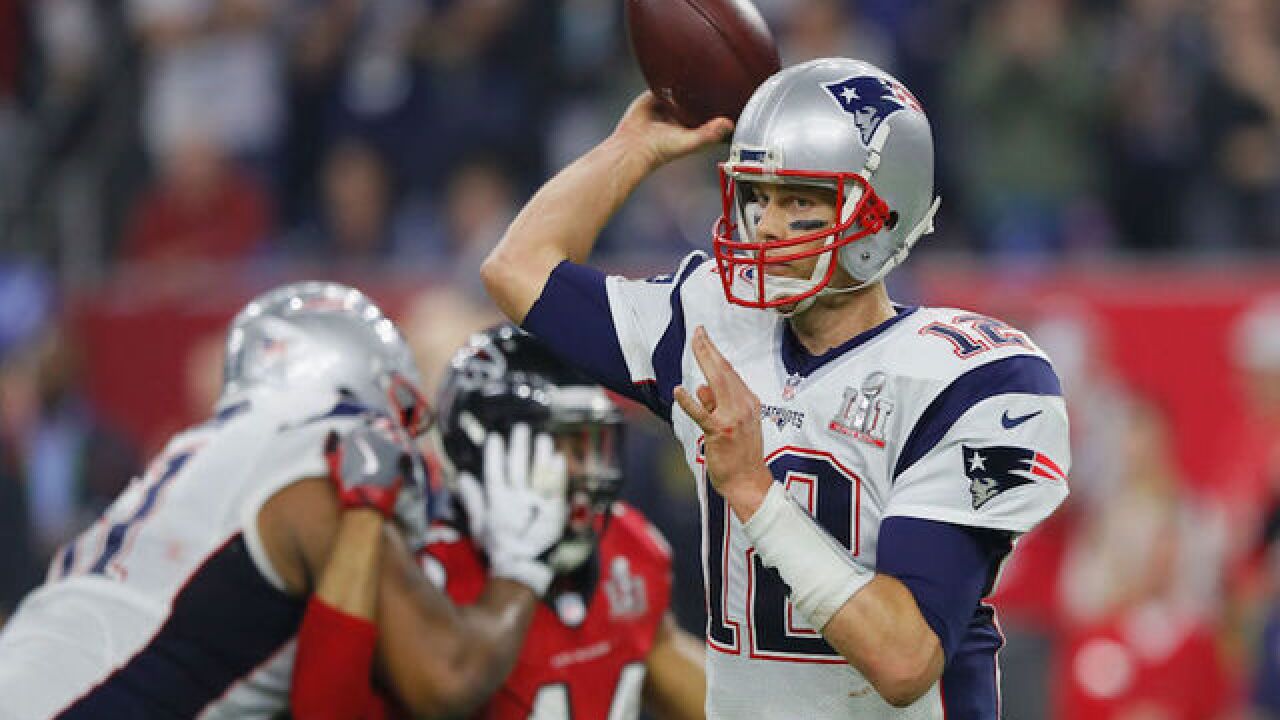 By: CNN
Posted at 7:19 PM, Feb 06, 2017
NEW YORK (CNNMoney) -- Somehow, some way, the New England Patriots won Super Bowl LI on Sunday night, and their big comeback victory may have saved the TV ratings.
The game, which saw the Patriots make the largest comeback in Super Bowl history, brought in an average audience of 111.3 million viewers for Fox, according to Nielsen.
That makes Super Bowl LI the fifth most-watched TV broadcast in history.
Last year's Super Bowl on CBS drew 111.9 million viewers, making it the third-most-watched broadcast in U.S. TV history.
The Patriots' last appearance in a Super Bowl, in 2015, brought in the biggest audience in TV history with an average of 114.4 million viewers.
The actual number of people who tuned in to a Super Bowl is always harder to figure out, and most likely larger than the ratings portray, because Nielsen doesn't count the groups of people watching at parties or in bars and restaurants.
On the digital side, the game was the most live-streamed Super Bowl ever bringing in an average of 1.7 million viewers per minute, according to Fox. That number was up 23% from last year showing that streaming is growing as a Super Bowl viewing option.
Lady Gaga's halftime show, which saw the pop star dangle from the roof of NRG Stadium in Houston, Texas, was a big hit with audiences, bringing 117.5 million between 8:15-8:30 p.m. EST. That is the second most-watched halftime show behind Katy Perry's performance in 2015.
It had appeared for most of the game as if ratings could take a hit due to a less-than-exciting contest, as the Atlanta Falcons dominated the Patriots for the first three quarters.
But then quarterback Tom Brady led the Patriots to a shocking comeback, forcing the game into overtime -- a Super Bowl first -- and likely keeping many viewers glued to their televisions in the process.
The-CNN-Wire
™ & © 2017 Cable News Network, Inc., a Time Warner Company. All rights reserved.
Copyright 2017 Scripps Media, Inc. All rights reserved. This material may not be published, broadcast, rewritten, or redistributed.