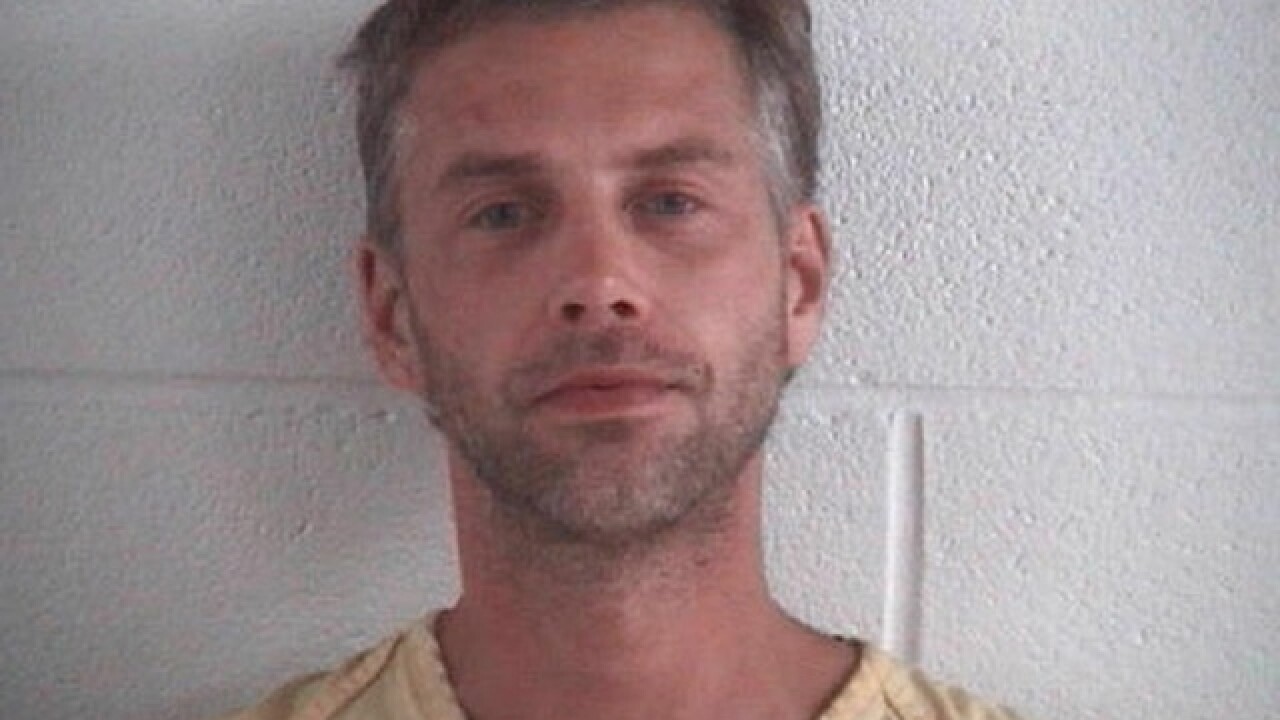 By: Associated Press
Posted at 9:41 PM, Sep 14, 2016
ASHLAND, Ohio (AP) — A decision on additional charges in the case of an Ohio man arrested at a house where two bodies were found will come Thursday, authorities said.
Ashland County Prosecutor Christopher Tunnell made the announcement as officials worked to identify one of those bodies as well as a third body found at a house in neighboring Richland County.
A woman's report that she was being held captive at a home in Ashland Tuesday led to the arrest of Shawn Grate.
The woman said in a 911 call released by authorities Wednesday that she had been tied up, but partly freed herself in a bedroom to make the call while her captor was asleep in the same room.
"I've been abducted," the woman said in the call, begging, "Please hurry."
The woman said the man had a stun gun, and she was afraid that if she woke him, he would catch her. She had known him for about a month and a half, she told the dispatcher.
Ashland police said officers found the woman and Grate at a home that was supposed to be unoccupied. Investigators also found the remains of two other people, Chief David Marcelli said.
Police confirmed Wednesday that one of the bodies was that of 43-year-old Stacey Stanley, of Greenwich, Ohio, who had been reported missing from Huron County. Stanley's son said that she had been missing since Sept. 8 when she told him that she got a flat tire.
Bruce Wilkinson, pastor and director of Pump House Ministries, which owns the home and one next to it, said the properties had been vacant since March and were in the process of being renovated. He said they were padlocked and checked weekly.
The coroner hasn't determined Stacey Stanley's cause of death or identified the second body, Ashland police said in a statement.
Grate, 40, also led investigators to a third person's remains at a property near Mansfield in neighboring Richland County, police said.
Grate confessed that he had killed a woman in June at a house that was destroyed by fire that month, Richland County Prosecutor Bambi Couch Page told the Mansfield News Journal.
Authorities checked the Mansfield-area site Tuesday and found decomposed remains down a ravine in a wooded area behind the house. The remains weren't immediately identified.
Grate remains jailed on an abduction charge. It was not immediately clear if he has an attorney.
Record show Grate, who is homeless, has a long criminal record and served time in prison on a burglary charge beginning in 1997.
Copyright 2016 The Associated Press. All rights reserved. This material may not be published, broadcast, rewritten or redistributed.