Mom raising money to pay for own funeral expenses 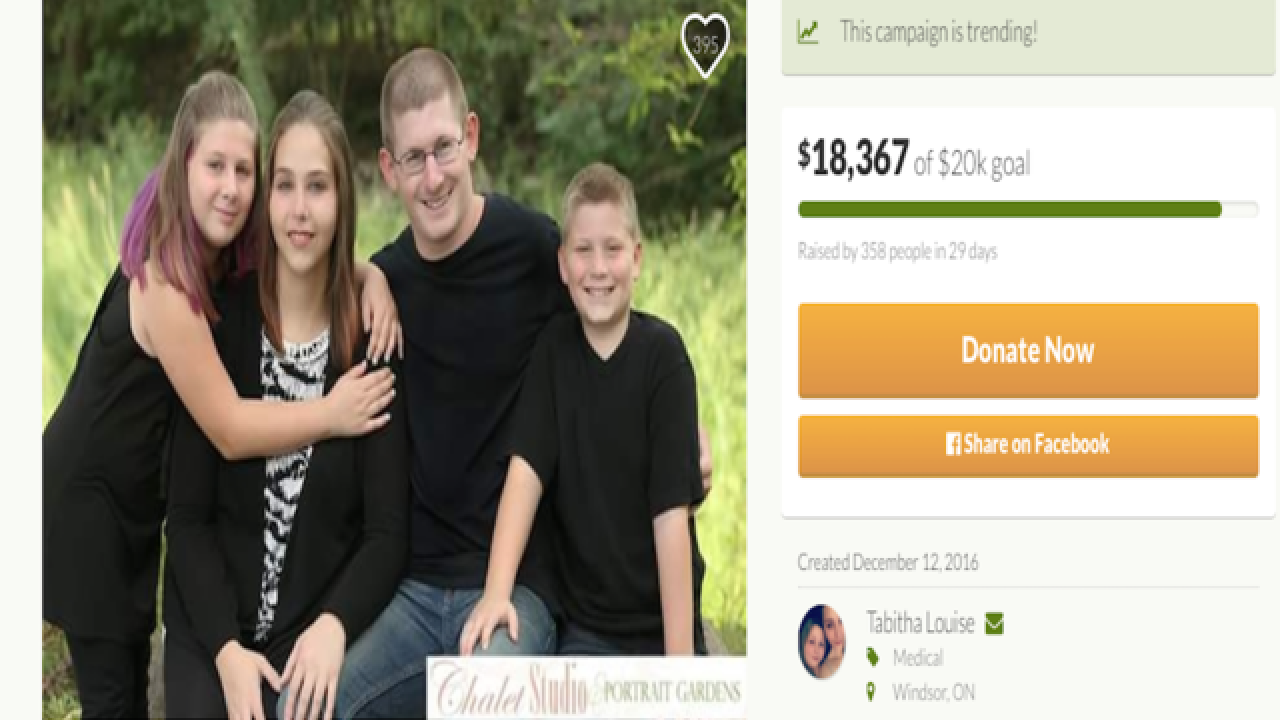 GoFundMe
<p>Candadian mom Tabitha Louse Wgner is raising funds to cover the costs of her own funeral and help her family with expenses after she is gone.</p>

A mother's job is to take care of her family — to make plans, set goals and make sure they have what they need to thrive and grow.

For Tabitha Wegner, a 28-year-old mother of two, an aggressive form of cancer has pushed her plans to include help relieving the financial burden of her upcoming funeral.

"This has got to be done so I have peace of mind in my final days — so I'm not stressing," she told the Windsor Star . "I worry, if this costs this much money, what's going to be put away for the kids' education when I'm gone?"

Wegner's cancer battle began April 2016 with a cervical cancer diagnosis and began treatment immediately in conjunction with her doctor. After some initial good results from her follow up tests, Wegner recently got the news from doctors that the cancer had spread to her aorta, diaphragm and other areas of the body. Without chemotherapy, she can only expect to live a few months, according to Wegner's GoFundMe page.

After the Windsor Star ran a story about her fundraising efforts, Wegner has heard from many people reaching out to help her and her family in their time of need. A local restaurant volunteered free food delivered on days she is not feeling well and a funeral home has offered to cover whatever expenses the Canadian government doesn't for the funeral and related services. As of Wednesday, Wegner's GoFundMe page has raised nearly $18,500 toward her $20,000 goal.

"People are coming out with such amazing gifts," she followed up with the Windsor Sun. "I am overwhelmed with joy and beyond thankful for all this."