Missing pythons on the loose in neighborhood 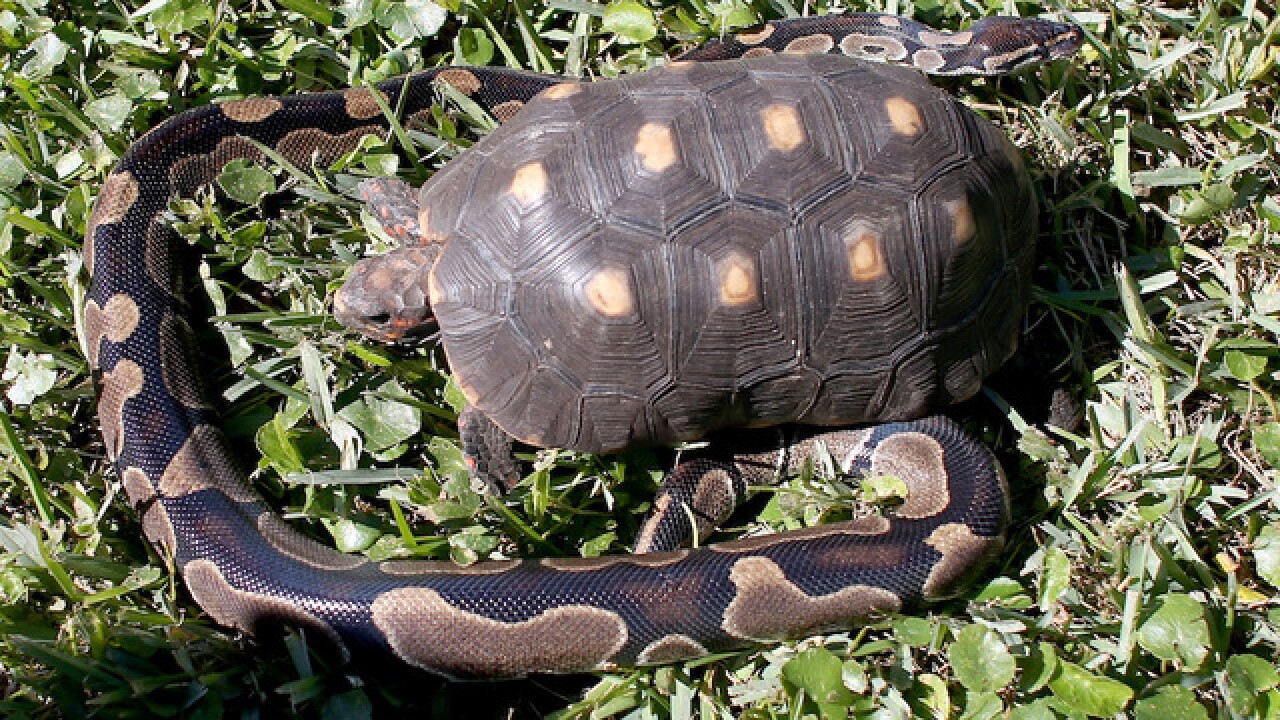 HEPHZIBAH, Ga. (AP) — In a real life version of the children's reader "Snakes Alive!", state wildlife officers are searching for 14 pythons in an east Georgia subdivision after a woman reported that someone let the pet snakes loose.

Jacqueline Heim told authorities the snakes were in secure cages. She suspects someone set them free deliberately this week.

Heim tells WRDW-TV the ball pythons are not harmful. Ball pythons, sometimes known as royal pythons, are so named because their key defense against predators is to roll up in a ball.

But neighbors like Shekelia Wilcher are on edge. Wilcher tells WJBF-TV that young children in the neighborhood wait for their school bus and "one might just crawl up on them."

The neighborhood is in Hephzibah, about 15 miles south of Augusta.