Millions of dollars in scholarships available for esports players

Esports provides an avenue to pay for higher education 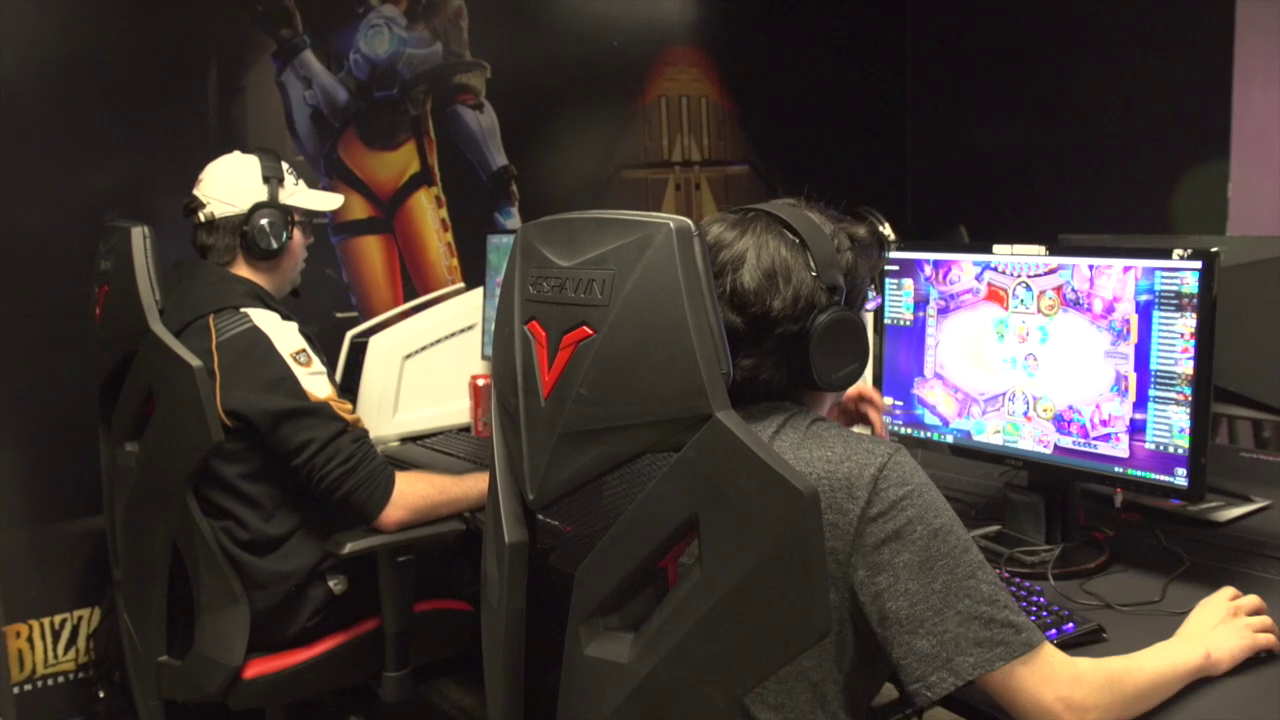 CHICAGO – This past May, Harrisburg University won ESPN’s inaugural College Esports Championship. In 2018, the college became the first to award full-ride scholarships to its entire 16-player roster.

With gaming programs expanding and an estimated $16 million in esport scholarships up for grabs, elite players are finding themselves in high demand.

When asked how good a player he really is, Huffman wryly responds.

“Very good. I don’t really say it too much but I’m one of the best in the world I would think,” he said.

In fact, Huffman is so good he needs a live camera trained on his hands during gameplay streaming to prove to others he’s not hacking the system.

“Whenever people accuse me, they just look at the hand-cam and it kind of fixes the issue,” he said.

Huffman’s game of choice is Overwatch. Online he’s known as “MyCrazyCatOW.”
He regularly ranks among the top 50 competitive players in the world. As a result, colleges and universities are clamoring to recruit players like him.

“To give an analogy – like in professional basketball he’s up there in the echelons of the Steph Currys, the Lebron Jameses of the world,” explained Alan Gadbois.

Gadbois is a recruiter for Next College Student Athlete the official recruiting partner of the National Association of Collegiate Esports (NACE) . He works with elite gamers looking to cash in a ticket to higher education.

For the Huffman family, navigating the growing landscape of gaming scholarships has been exciting and perplexing at the same time.

“Three or four months ago it still seemed like a game to me,” said Jonathan’s mother, Susan. “Like, it was just a game he was playing. But today it’s not. It’s a path. It’s possibly a career. It’s possibly a scholarship.”

Jonathan’s father, Chris, who has a professional background in technology says it’s only recently dawned on him the opportunities that esports could potential provide his son.

“Every day we just talk about it. How amazed and proud we are,” he said. “It’s overwhelming. It’s completely overwhelming.”

The future of gaming appears bright.

This year, the global esports industry is expected to hit $1.1 billion and is projected to reach a fanbase of 454 million.

Five years ago, Robert Morris University in Chicago became the first school to offer esport scholarships. Since then, their program has expanded and is now considered among the best in the country.

With more than 70 players and two gaming facilities, RMU offers both esport athletic scholarships at 35% for junior varsity and 70% for varsity players.

“We want to bring in the best players, but we want to make sure it’s a holistic fit because we want them to be successful,” said Kurt Melcher, Executive Director of Esports at Robert Morris University. “We want them to graduate and enjoy their time here.”

Today there are more than 175 colleges and universities with varsity esports programs. At least 150 of them now offer partial or even full-ride scholarships.

Huffman, who’s scheduled to graduate in 2021, says he’s ready to move on to the next level.

“To go pro, play on the stage…and if none of that works out I’ll just get a scholarship for a college.”