Meteor seen flying over Illinois, Wisconsin was 'size of a minivan,' report says 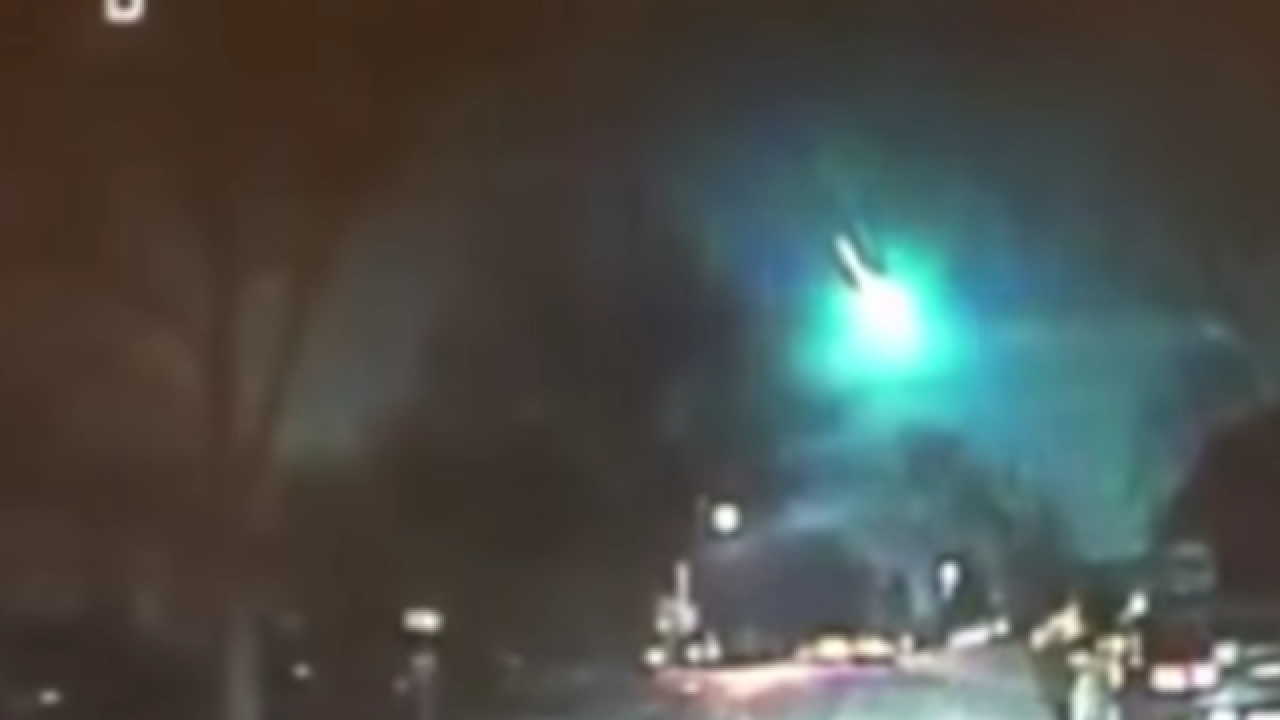 Lisle (Ill.) Police Department
<p>A meteor described as being "the size of a minivan" is shown soaring above the sky over Lisle, Illinois in this screenshot from a dashcam video of the Lisle Police Deprtment.</p>

A meteor described as being "the size of a minivan" was filmed flying across the sky over the Midwest on Monday.

According to Sky News, an official with the American Meteor Society described the size of the rock and said it was hurtling at about 45,000 miles per hour.

The meteor was spotted by hundreds of people in Illinois and Wisconsin. It reportedly landed in Lake Michigan, according to Sky News.

Video of the meteor, captured by the dashcam of an officer with the Lisle Police Department in northern Illinois, shows what looks like a bright ball of light streaking across the black backdrop of the night sky.

Watch the officer's video below.