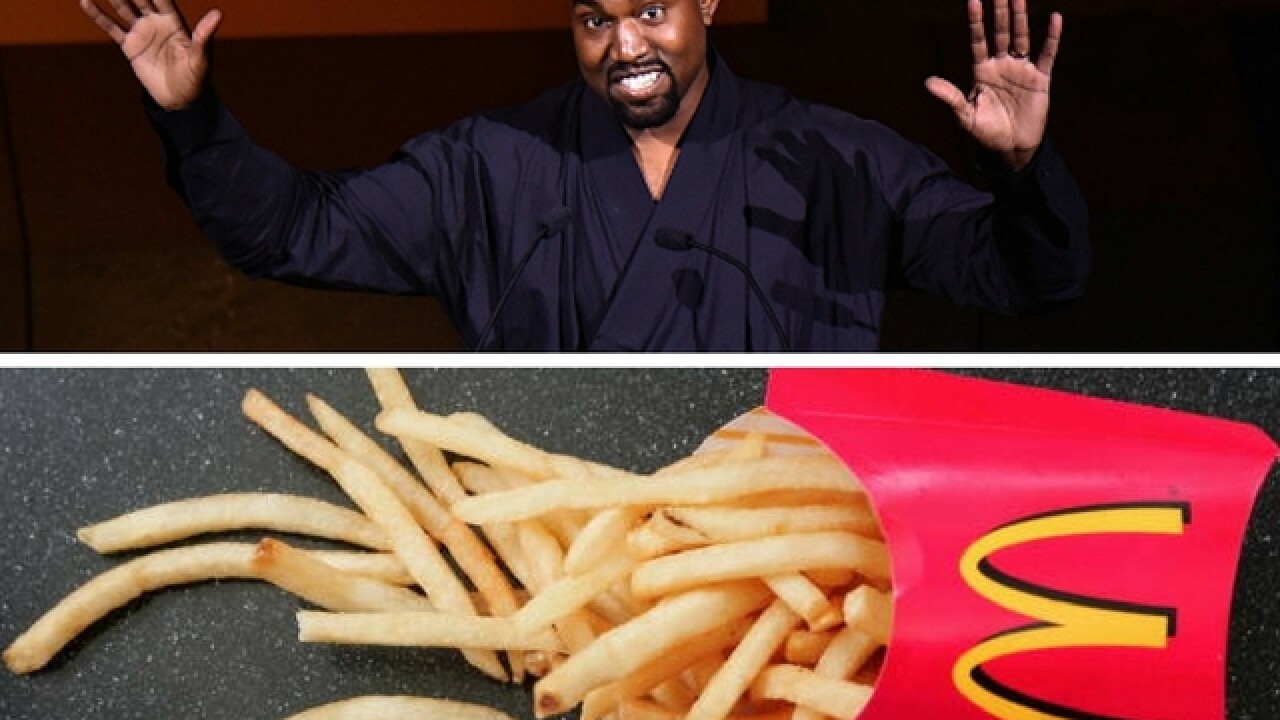 McDonald’s has responded after rapper Kanye West published a bizarre poem about the restaurant.

West’s poem, entitled “McDonald’s Man” was published in a zine produced by R&B crooner Frank Ocean, which was released Saturday along with his new album, “Blonde.”

The poem appears alongside glossy photos of West swinging through a McDonald’s Drive Thru in a black Lamborghini.

On Monday, McDonald’s appeared to respond West’s poem in tweet. While the chain appeared grateful for the praise about the french fries, they did take issue with the fact that West called the restaurant's meat products “artificial.”

“We’re lovin’ the love for McDonald’s World Famous Fries and Apple Pies. Like the beef in our burgers, love for our fans’ creativity is 100% real.”

This isn't the first time a chain restaurant has responded to a rap artist. In February, Red Lobster said they saw a bump in sales after Beyonce mentioned the seafood chain in her song, "Formation."